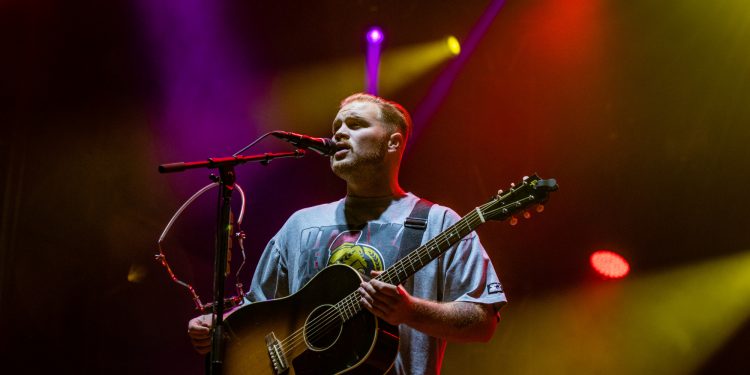 At the young age of 26, Zach Bryan is an American Veteran. He wrote and played songs and made a music video on a cell phone in the barracks where he was stationed in Washington State. He left the military last year to focus on his unexpected new music career. His song “Heading South” was watched by millions of fans, without the help of the music industry. He credits his rise to fame as an accident, one that he feels very blessed to have.

I have to admit, I am not a country music fan and my plan last night was to listen to a few songs and then head out before the crowds got to be too much. I had an hour drive to get home after all. I was taken aback by the massive crowd, mostly young people dressed in country attire. So many young ladies were wearing white cowgirl boots with their denim shorts. I stood among them as they belted out the lyrics to Zach’s songs. They knew most of them. There is nothing more intoxicating than a crowd of thousands of people singing in unison. I was pulled in.

Zach Bryan changed my mind and my heart. I do, I do, I do like country music. At least Zach Bryan’s country music. Before every song that he introduced he would say “I hope you don’t hate it”. He made me laugh each time he said it. What a humble soul he is. I stayed longer than I had planned to but did leave a little early to avoid the crowds.

He is Country Music’s number one songwriter and his first studio album, American Heartbreak, has a whopping 34 songs on it! He played several songs from it, and the audience danced and sang along with him. “Something in the Orange” was a particular fan favourite as the crowd sang along with him “If you leave today, I’ll just stare at the way, the orange touches all things around. The grass, trees and dew, oh how I just hate you. Please turn those headlights around”. It is followed by a harmonica solo. “To you, I’m just a man, to me you’re all I am. Where the hell am I supposed to go? I poisoned myself again. Something in the orange tells me you’re never coming home”.

This young man is one to watch. His career is soaring and I was truly blessed to be introduced to him last night. 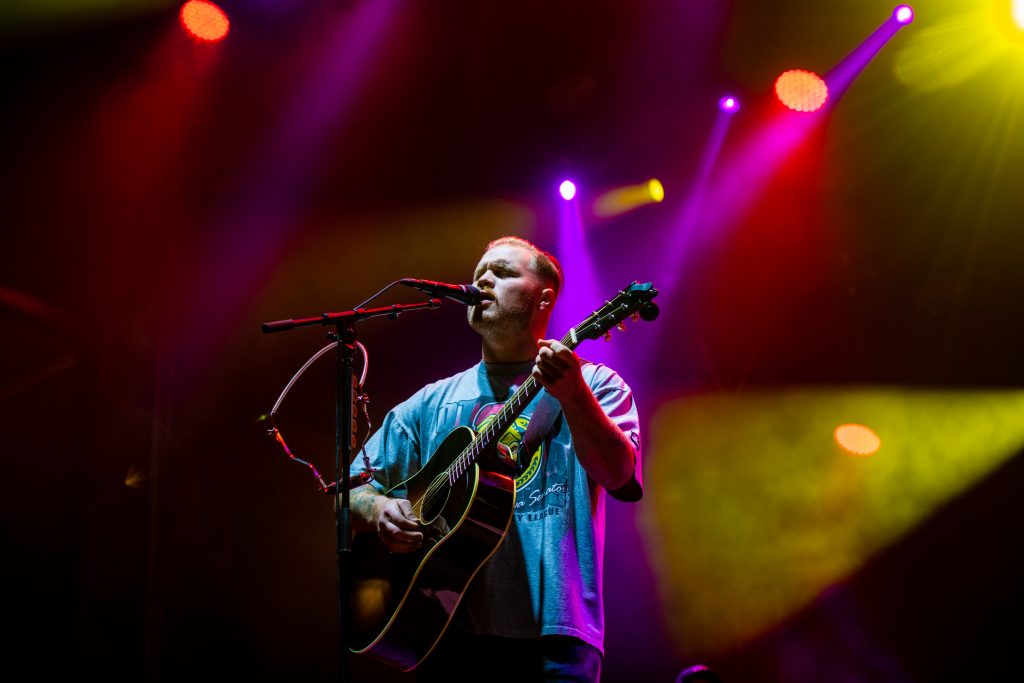 Laurie Bowen is a freelance music journalist and can be reached at laurielynnbowen@yahoo.ca.

How Tom Wilson and Iskwē came together ...