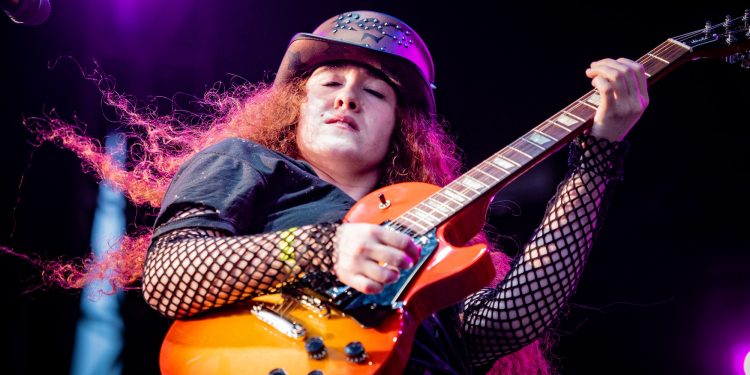 At only 24 years of age, this young rocker has accomplished a great deal. With two albums under her belt, numerous awards, an author credit in Canadian Musician Magazine for her article entitled “Finding Your Passion,” stage and film credits, there is simply nothing that Sophia Radisch can’t do. An only child, her high-school teacher mom took an early retirement and homeschooled Radisch while she pursued her career in music, film and writing. She wrote and recorded her first song, “I Can,” when she was 13 years old and has since written 200 songs!

Talk about an over-achiever, her dream is to play festivals and arenas every night and at this rate I am certain that she will get there. I had a chance to chat with her briefly at the Merch Tent after her show. I love it when artists come down from the stage to meet with their fans. She is the sweetest soul, humble, kind and multi-talented to say the least. Her long, red, curly hair is kept in place by her very cool top hat which makes for some awesome photos. And the energy that she puts out is magnetic. She performed all of her own original material and it was impressive.

When I first arrived I could hear her before I could see her, and I was pleasantly surprised to hear that it was a girl with a guitar. But this wasn’t folk music on a acoustic guitar, this was alternative rock! As I turned the corner and saw her bounding across the stage, I was glad that I came early to catch her. The crowd was small, as it often is at the earlier shows, so if you missed her do check her out. She is one of Ottawa’s own who played a lead role in “The Helping Hand”, a short film about anti-bullying that won an award.

She has only been on the earth two dozen years and she has already accomplished more than most of us will in a lifetime. I am certain the amazing support of her mom has played a critical role in her success. Well done mom! Well done indeed. We need to thank the mothers behind these young artists who guide and protect them through the maze of the entertainment business.

I had never heard of Sophia Radisch before Sept. 9, 2022, and now I am a fan. I will be following her career as the sky is truly the limit for this incredible old soul who can rip on an electric guitar with the best of them. Bravo Sophia! I can’t wait to catch your next show. 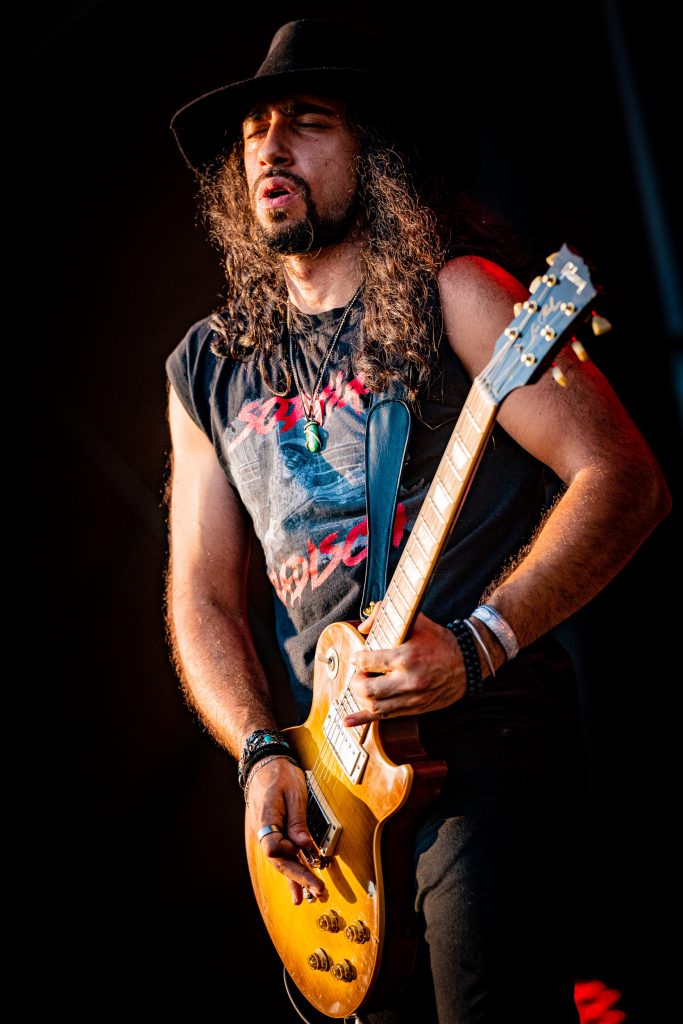