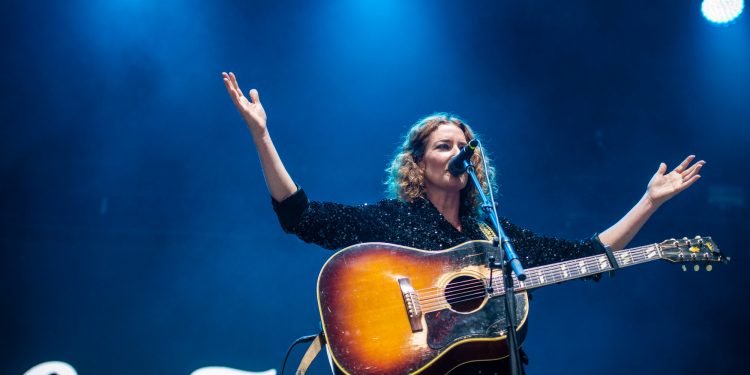 One of Ottawa’s own, Kathleen Edwards, took the stage last night at the opening of the City Folk Music Festival, which runs for five nights this weekend and next. Ten years ago to the day, she was performing at the Ottawa Folk Festival and has been turning out her tunes for 20 years. At 44, she certainly doesn’t look her age. Kudos to her and her ex-husband, producer and Blue Rodeo guitarist, Colin Crips, who now play together, while her present husband (developer Sean McAdam), watches from the audience. It takes a lot for a former couple who divorce to be able to work together again.

Following her divorce, she went into a deep depression and took some time off from touring. She opened a Café called Quitters in the Ottawa suburb of Stittsville in the fall of 2014. It forced her to be out with people instead of insulated up on a stage. It was good for her soul, she says. That is, until the pandemic hit and she was forced to cancel touring dates and close down her beloved café that had become her place of solace.

It was then that she was approached by David Gourlay, the director of philanthropy at the Shepherds of Good Hope in downtown Ottawa, to participate in their live-stream music performances called Sing For Hope, a musical engagement fundraiser. She happily jumped on board and performed a John Lennon song simply called Love.

She surprised the crowd last night with a cover tune from Supertramp, who played in the same park back in 1979. The Logical Song, was a perfect choice. She reminded me a bit of Carole King as her lyrics told a story and took us in. The fiddle and slide guitar gave it that country twang that country music fans expect. Go and visit Quitters Café in Stittsville, except it is now called Equator Coffee Roasters as Kathleen quit Quitters in March to devote more time to her music career. 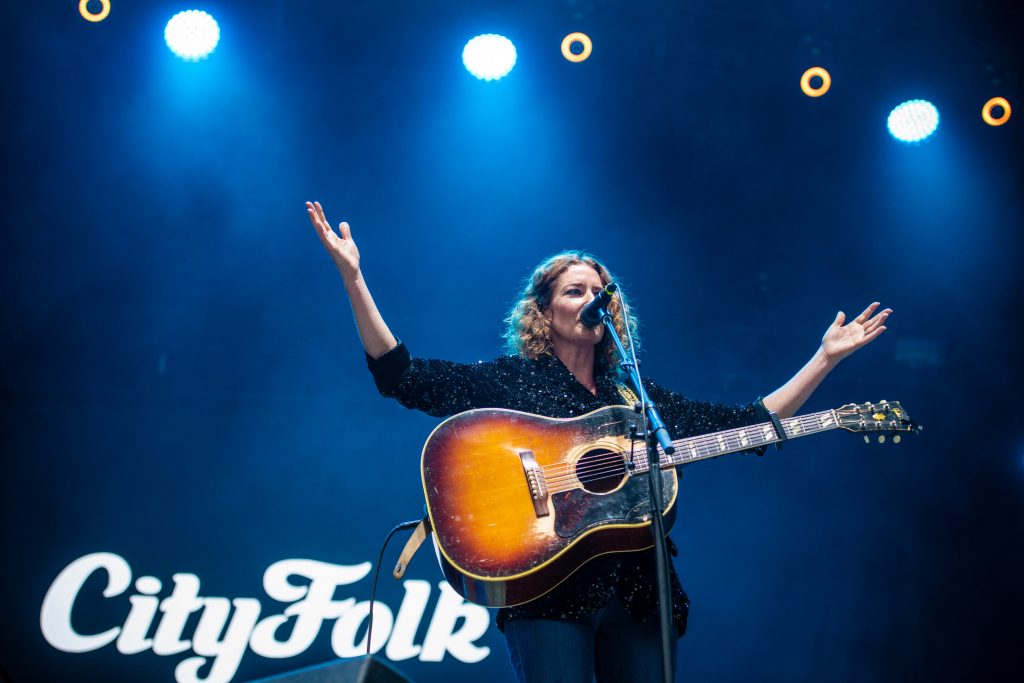 Laurie Bowen is a freelance music journalist and she can be reached at laurielynnbowen@yahoo.ca