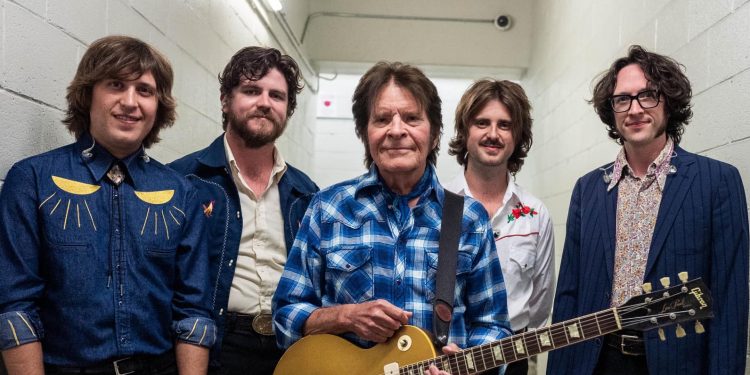 Even if you are young and have never heard of John Fogerty or CCR, chances are you have heard his hit song, “Centerfield,” which was his first solo album after the breakup of the famous band in the 1970’s.

John has a unique sound, so when the band broke up, he continued on his own and has had an impressive career, despite all of the many challenges.

Creedance Clearwater Revival only lasted four years, from 1968 until October 1972. John left the band the year before over artistic control and business issues. They played Woodstock, even if everyone was fast asleep, there was one guy, way in the back, who shone his bic lighter, so the band knew that someone was listening.

Unfortunately, the drummer, Doug Clifford, guitarist, Stu Cook and bass player, Tom Fogerty (John’s brother), all sued him for rights over the name of the band and the music they made. They sold out to Saul Zaentz, the owner of Fantasy Records, who also sued John (and lost). Incredibly, John was sued by Saul for sounding like himself. Zaentz’s contention was that John’s song “Old Man Down The Road” was a remake of “Run Through The Jungle” that Zaentz owned the copyright to. Lawsuits from his bandmates and even his own brother, along with the record company, kept Fogerty embroiled in legal issues for years. He refused to play any CCR songs as a result.

But that was then, and this is now. Fantasy Records was sold for 83 million dollars in 2004 to Concord Record Inc., who restored Fogerty’s rights to royalties dating back to the 1970’s. He still doesn’t have the rights to any of the songs he wrote. Including the hit, “Proud Mary.”

In a period of 56 years, the rights revert back to him, and the 50th anniversary of “Proud Mary” was in 2019, so three more years and John will have the homerun he so richly deserves.

These days, John is touring with his sons, Tyler and Shane, from Hearty Har (a psychedelic rock band), who are playing with their dad on the Fogerty’s Travelling Band tour that kicked off in June of 2022. Shane has been playing with his dad for 10 years, and it is a full circle for John.

Unfortunately, though John tried to reconcile with Tom, who sided with the record company over his brother, Tom died from complications from AIDS contracted from blood transfusions and died on Sept. 6, 1990 at the age of 48.

John is 77 now, and the reviews from this latest tour are outstanding. If you have never had the opportunity to see John Fogerty, now is the time. He is back to playing CCR songs as well as his many hits that he wrote after the breakup. He plays almost every hit as well as a few from his 1980’s revival era, like “Centerfield,” “The Old Man Down the Road” and “Rock and Roll Girls.”

During the pandemic, John, along with his sons, Shane and Tyler, and daughter, Kelsy, started “Fogerty’s Factory” on YouTube. They jam to CCR songs and it is so great to see and hear John bring the many hits to the younger generation.  Parents, bring your kids to Ottawa’s CityFolk. I guarantee that they will be familiar with some of the songs even if they have never heard of John Fogerty. It is your duty, as a parent, to pass on the great music that John Fogerty has brought to the world.  John and his boys, close out the festival, on Saturday, Sept. 17 at Lansdowne Park in Ottawa. It is the final outdoor concert of the year, so make sure that you don’t miss it! See you at CityFolk!

Laurie Bowen is a freelance music journalist from the Ottawa area. https://laurielynnbowen.godaddysites.com/