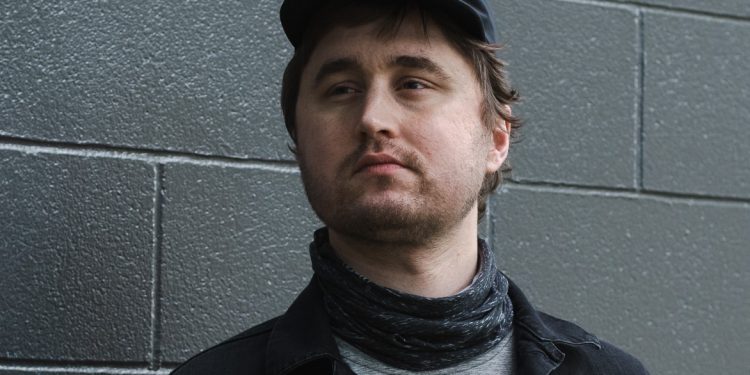 With the past, present, and future in full view, Guelph-based Métis singer-songwriter Steve Neville presents his most vulnerable performance yet on the melancholy new single “Please Don’t Say A Word.”

It comes from the solemn new album Off Track, a record that poignantly documents a life-threatening illness and leads audiences through his perilous journey to recovery.

Steve was diagnosed with leukemia in February 2021, and the album captures the treacherous nature of his experience with chemotherapy and a stem cell transplant and the uncertainty of the future.

All the more stressful, he thinks about his partner’s future, and the life of their newborn son.

That feeling of leaving behind a newborn is captured on the B-side single “Forever Yours,” also off the new record.

“Throughout the album, there are moments when I slip between states of lucidity – moments where I’m awake and fully aware of my situation – and other times when I feel caught between dreams and nightmares about my past, present, and future,” said Steve.

While the subject matter can seem heavy, the rhythmic composition of the record compliments the sense of hope that arises from such a harrowing experience.

As Steve puts it, “Ultimately, the album is about moving on in life and accepting that maybe there’s something bright and beautiful beyond the horizon of what initially feels like an accursed departure.”

“Please Don’t Say A Word” is a song that focuses on the contemplative nature of life-altering events and the need for companionship through hard times, but more specifically, it’s about the appreciation of silent company.

“When I was going through cancer treatment, it felt burdensome at times to constantly narrate to others what I was going through. Sometimes I didn’t feel like talking and explaining how I felt or how I was coping with everything,” he said.

The high-energy support of friends and family was vital to his recovery effort, but he benefited greatly from the quieter moments with loved ones, he said.

“I did a lot of personal reflection and soul searching during this time, and it helped me deal with a lot of difficult thoughts and feelings concerning my past, present, and future.”

Steve fully recovered after multiple rounds of chemotherapy before receiving a stem cell transplant in May last year from his sister, Jacquie.

Originally born in Ottawa, Steve belongs to the historic Georgian Bay Métis and Environs community, where many of his relatives still reside. The gift of music has been a part of his life since childhood, having studied both popular and classical music at the Ottawa Youth Orchestra Academy and the University of Ottawa.

Steve formed the Balconies with his sister, a band that would bring them throughout North America and across the pond to the UK and Europe, opening for acts like City & Color, Bad Religion, Sloan, Our Lady Peace, July Talk and more.

Steve now takes his act solo with a renewed sense of life.

“The music is dedicated to everyone who has been touched by cancer, be it patients, survivors, friends, family, and healthcare providers,” he said.

How John Fogerty has risen above adversity ...