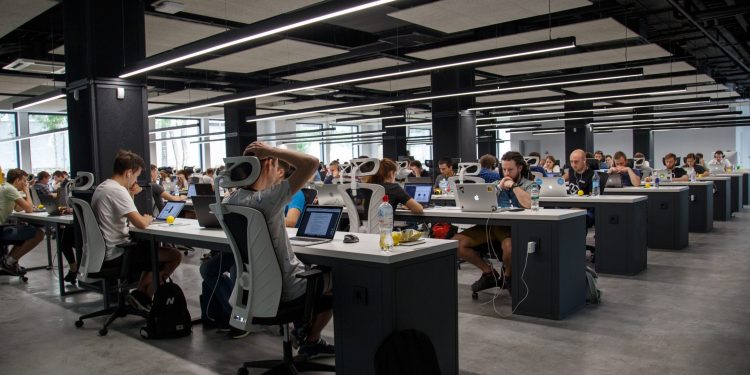 Labour Day is an annual holiday to celebrate the achievements of workers – though most of us don’t give that part of it a second thought. We just enjoy the day off, which, to be fair, is a pretty appropriate way to celebrate.

But here at Roots Music Canada, we decided to dig into the music collection and find some songs appropriate for the occasion.  Rather than just finding working songs or labour songs though, we decided to find some songs that touched on themes relevant to the situation we find ourselves in today.  You know, stagnant wages, social unrest, and all that.

How have artists reflected on these themes in songs about work?

Here are five answers to that question.

Faith Nolan and the CUPE Freedom Singers – “Hang On CUPE”

Icon of the Canadian women’s music movement, Faith Nolan has spent her life using art to advocate for the marginalized. She is a particularly powerful voice against racism and poverty and an advocate for the incarcerated. She’s also a labour activist. In 2014, Faith was recognized at the third annual Min Sook Lee Labour Arts Award Gala for her contribution to the arts and labour movement. One of those contributions was to found and direct the CUPE Freedom Singers, a choir of mostly Black personal support workers fighting for better wages. Oh the times they haven’t changed a bit?

These days, James Keelaghan is something of an elder statesman of the Canadian folk scene, a festival and folk club favourite known for his humour, his charismatic stage presence and particularly, his songs inspired by Canadian history.  But back in 1987, he was a young upstart with a debut album just starting to make his mark on the industry.  Timelines featured the song “Boom Gone Bust” about the migratory nature of work in Canada, how resource industry workers and manual labourers in particular find themselves leaving family behind to go where the work is. It’s a reality in Canada that no matter what kind of work we do, many of us have to move miles from home to do it. Our country is just so darned big.

Buffy Sainte-Marie – “The Big Ones Get Away”

Most labour songs celebrate the work of manual labourers, of the working class, and of the unions that stand up for their rights. “The Big Ones Get Away” is a rare love song to a white collar hero, a person who takes the fall for choosing to act ethically in an unethical situation. It’s not clear from the lyrics whether this person is a business person, a politician, or perhaps an academic, but let’s face it, few such situations involve people who aren’t on somebody’s payroll. The song is sung from the perspective of a loving partner feeling compassion and sorrow over her loved one’s predicament. Although it was released 30 years ago this year – the lead single off Buffy’s come-back album, Coincidence and Likely Stories – it feels more relevant than ever as society hurtles toward environmental, economic and healthcare collapse and unlikely heroes like U.S. congresswoman Liz Cheney emerge from the shadows. Lines like “Hey don’t the war come easy? Hey don’t the peace come hard?” have never felt more profound.

Ferron released her Shadows on a Dime album in 1984, and it contains a couple of nods to working class life, including the title track.  One might regard “It Won’t take Long” as a song of joyful anticipation of the socialist revolution, the moment where the class system collapses and people are free to pursue their dreams. Although Ferron says “it won’t take long,” the song was recorded more than 35 years ago, and it hasn’t happened yet. Really, we seem terrifyingly close to a right-wing uprising if anything. Let’s hope Ferron’s right about this.

Three-time Juno-winner David has made a career out of documenting the lives of the working class in a loving and celebratory way. He’s written songs about mill workers (“Mill Towns”), Great Lakes freighter crews (“All Lights Burning Bright”) and even his own life as a paper boy (“Paper Boy”). Released on his 1999 debut album, Torn Screen Door, “Working Poor” is about all of those who work all day and don’t earn enough to make ends meet. It’s as true today as it ever was. In fact, it’s probably true for more people today than ever.

How a chat with Jon Brooks inspired ...