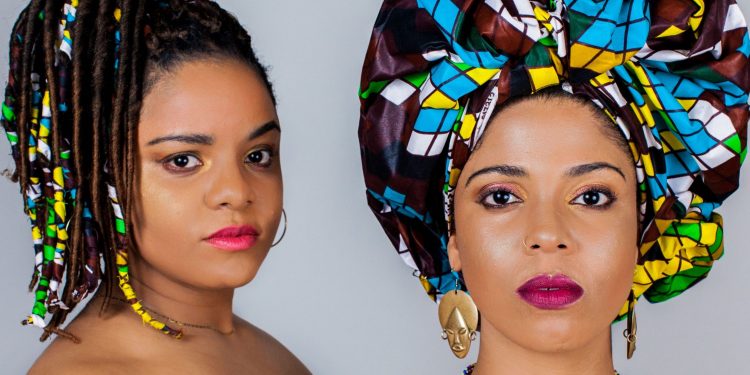 Summerfolk 2022 is almost here. It’s back to a full-on live-and-in-person event after a two-year absence, and back to the Kelso Beach location, with a lot to look forward to. It’s also a return to a very “folk festival” lineup of music: acoustic folk, blues, Celtic, Latin, music made by people from Indigenous nations or heritage, and music rooted in a diversity of global cultures – along with a smattering of indie rock, jazz and party funk.

Raine Maida and Chantal Kreviazuk are none of the above, which makes their presence at Summerfolk 2022 especially interesting. Currently a Los Angeles-based married couple of professional songwriters (for the likes of Kelly Clarkson and Carrie Underwood), each is also a multiple Juno Award winner, historically steeped in commercially successful music – she in radio-friendly pop, he with the alternative rock band Our Lady Peace. My curiosity is piqued to see what kind of treatment we might expect to see for their individual hits, the ones they’ve penned for others, and whatever newer material they might choose to share from their collaborative duo project, Moon Vs Sun.

OKAN is the duo of Cuban émigrés Elizabeth Rodrigues (on vocals and violin) and Magdelys Savigne (on percussion), who have, in a few short years since their arrival in Toronto, already won a Juno Award for their 2021 album Espiral; earned a Grammy nomination as former members of Jane Bunnett and Maqueque; and played with such global music luminaries as Lido Pimienta and Bomba Estereo. I’ve seen them live many times, and it’s always a treat to witness their joyous, propulsive Afro-Cuban jazz, which never fails to engage listeners, and – especially – dancers. I hope their current touring band includes the stellar bassist Roberto Reveron, and the utterly brilliant pianist Jeremy Ledbetter.

Mimi O’Bonsawin is an artist whose work I appreciate, but who I’ve never had the chance to see live; only online. Her songs, which sometimes recall the spirit of a young Joni Mitchell, are heavily influenced by her French-Canadian and Abenaki roots and flow through a centre of love and creativity. In 2019, she was awarded Best Pop Album at the Indigenous Music Awards in Winnipeg, and her album Elle Danse was among ELMNT FM’s Top 10 Best Albums of 2020. She discovered a new path for storytelling through instrumental music, by composing for Nagamo, an Indigenous curated catalogue for film and TV. Since then, her music has been placed in the CBC program Trickster, APTN’s Mohawk Girls, and Showtime’s Ray Donovan, among others. Continuing in this vein, her fifth and latest release, Fiddleheads & Ferns, is her first instrumental album, produced and recorded in her Log Home Studio. Mimi’s songs and compositions are nurtured by the beauty of her home landscape in northern Ontario, and her live performances honest and raw – are now supplemented by her partner Ryan Schurman on drums.

David Newland is a writer, musician, and speaker. Born in Ottawa and raised on the shores of Georgian Bay near Parry Sound, David crisscrossed Canada and travelled the world before settling in Cobourg, ON – where he can be heard on Spirit of the Song on Thursdays from 7:00 – 8:00 p.m. ET on Northumberland 89.7. David spent seven summers travelling the Arctic with Adventure Canada as a Zodiac driver, performer and host; his latest album Northbound, based on his adventures in the Arctic, was released in 2019 and nominated for Album of the Year by BluesAndRootsRadio.com. So when he sings “Musk Ox Stew,” you know that he’s actually tasted it. David was a showcase artist at the 2019 Northeast Regional Folk Alliance conference (NERFA), and he and band, Uncharted Waters, have sold out venues across Ontario with his themed performance, The Northwest Passage in Story and Song. If you considered him a kind of heir to the spirits of the late Farley Mowat and Stan Rogers, you wouldn’t be far wrong.

Le Vent du Nord’s unique and expansive combination of Celtic instruments, folk attitude, jazz-level skills, and good fun has always knocked me out. As an accordion player myself, their inspired use of it has drawn me in, too. Twenty-year stalwarts on the Québec music scene, LVDN has played more than 2,000 concerts on four continents, and earned a Grand Prix du Disque Charles Cros, two Juno Awards, an ADISQ Award, a Canadian Folk Music Award, and “Artist of the Year” at the Folk Alliance Annual Gala. They’ve appeared regularly on Canadian, U.S., French, and U.K. television and radio, and have played on projects with Harry Manx, The Chieftains and Michel Faubert, among others. Onstage, they create powerful, joyful, dynamic performances that expand the boundaries of tradition in striking global directions.

For Madison Violet coming back after COVID ...