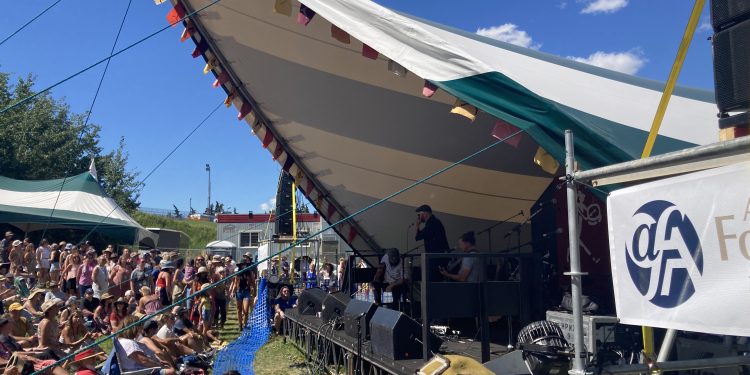 Sunday sure was a hot one in Edmonton, but that didn’t stop the fans from soaking up the tunes on the last day of the Edmonton Folk Music Festival.

We caught the set by De Temps Antan. If you haven’t seen them yet, do yourself a favour and become acquainted with this band. The energy was amazing, and even in the sweltering heat, they had their entire crowd on their feet dancing the whole time. The band is a trad music trio from Quebec made up of Éric Beaudry, David Boulanger and Pierre-Luc Dupuis. I’ll be keeping an eye out for these guys for sure.

After their set, we caught Matt Andersen on the main stage. It was a real delight to see him backed up by Steve Dawson, Liam MacDonald, Darryl Havers and bassist extraordinaire Jeremy Holmes. Matt’s vocals are stronger than ever, and watching him and Steve share guitar licks back and forth was a sight to see. Matt started out his set with a few acoustic numbers on his German-made Lakewood Guitar. 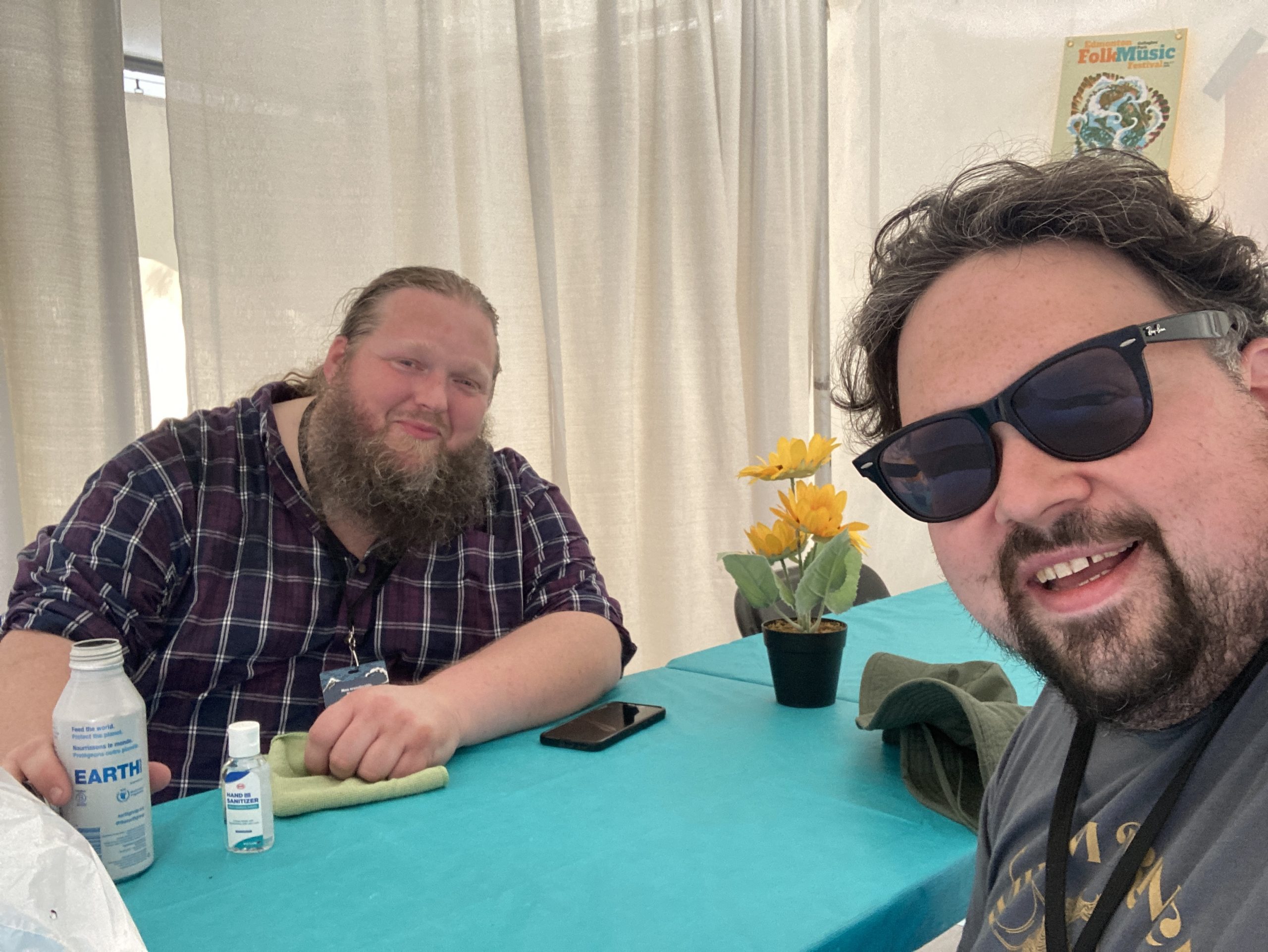 I got to sit down and ask Matt a few questions after his set:

RMC: How do you go about writing songs, Matt?

Matt: There’s no real process really. Like everyone, I’ve got the phone full of ideas and pieces of scrap paper. There’s no real rhyme or reason. I just take them as they come. Sometimes lyrics drive the music and music drives the lyrics.

RMC: Who would you say are your biggest musical influences?

Matt: My grandfather was a big one. He was a fiddle player back home. He played for the fun of it. He was always the last one to put down his fiddle. When everyone else was going for a snack, he would just keep going. Other than that, John Fogerty was a big one for me growing up. I figure he’s the ultimate triple threat: player, singer, writer. Not many people can have album after album, hit after hit. I love Jim Croce’s writing and Stan Rogers and Gordon Lightfoot for the folk stuff.  Different people for different reasons.

RMC: Being from the Maritimes, did the folk music of that region influence you?

Matt: I don’t write story songs, but I love hearing them. I have lots of great friends like Dave Gunning and J.P. Cormier that do that kind of stuff. William Prince is fantastic too.

Matt: I’ve been going through the back catalogue a lot lately. I’ve been listening to Al Green lately. William Prince is great, and so is Terra Lightfoot.

RMC: What do you have coming up on your radar?

Matt: More festivals this summer and Europe in the fall. I’m heading out in the spring with the band with a new album.

RMC: How do you think the pandemic changed things musically?

Matt: It definitely changes how you look at things. People are done taking things for granted, I hope. I never took it for granted, but there’s a whole other level of appreciation. There’s some nasty things that came out of it too I think. There’s lots of division on different ideas, but there’s a lot of people coming together out of it too. Like anything, there’s good and bad to it, but it’s way more fun to focus on the good. The big thing for me is how great it feels to be back doing this.

RMC: Thanks for taking the time to talk to me, Matt!

After sitting down with Matt, I caught the tail end of the “And This is What I Learned” session, featuring Allison Russell, Katie Pruitt, Bailen, and Catherine MacLellan. There was a great energy at this workshop, and you could tell that the crowd was enjoying all four acts. Their finale that they performed together had the crowd cheering for an encore; in order to stay on time, the set ended there but everyone left satisfied. 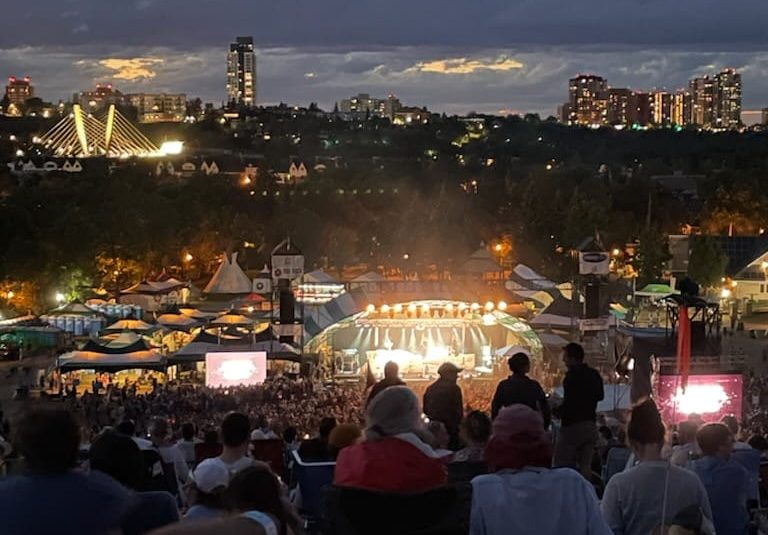 At this point, we had to start making our way home. I would like to take this opportunity to commend the Edmonton Folk Music Festival on operating such a fine event. Multiple things stood out to us: accessibility; the festival app made scheduling much easier; multiple water stations; the layout; and how most things ran on time. As someone who has performed at and attended a large number of festivals over the years, I must commend the volunteers, who did an amazing job making things run so smoothly. We hope to enjoy the EFMF for many more years to come!