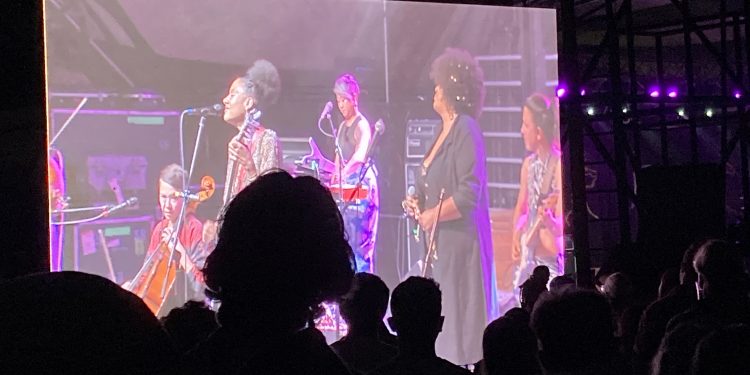 The hardest part about Saturday was trying to decide which act to see at a certain time. There was so much talent jam packed throughout the day, and I’ve yet to discover a way to be in two places at once. Attendance was reported as being between 18-20,000.

We started off the day by watching Catherine MacLellan do a solo set. I’m at a loss for words for this one. She is definitely my highlight of the festival thus far. Beautiful vocals, impressive guitar work, and lyrics that speak right to your soul. The daughter of balladeer Gene MacLellan, she performed his most famous opus “Snowbird,” with a grace that brought out the true emotion of the song. Catherine finished off the set with a rousing rendition of Joni Mitchell’s “Big Yellow Taxi,” noting that, besides her father, Joni is her biggest songwriting influence.

Katie Pruitt drew an enormous crowd to the mainstage, and it was easy to see she had everyone engaged with her sound. I must confess I had never heard of her before this festival, but I was quite impressed with what I heard. Hailing from Atlanta, she focuses on being a role model for LGBTQ youth through her music.

Steve Dawson once again proved he is no slouch on anything with strings during his set. His powerhouse band complemented his guitar work and fans were treated to a set of both instrumental and lyrical music from the virtuoso.

We then headed over for the Atlantic Crossing session featuring Claire Lynch, Tony Furtado and Lunasa. Lunasa hosted the event, and their Irish charm and humour really shone through their banter. There was a bit of excitement when they announced they would perform some jigs next. Their lead singer quipped, “I knew you like your jigs here. I read it on the Edmonton Wikipedia page.”

After getting out of the sun for a while, we headed back to see Allison Russell. The energy, excitement, and passion in Allison’s music is captivating to say the least. She shared her personal journey, which brought her from Montreal to all over the world. Mid-set, she proclaimed, “Every day is pride day; every month is pride month.” The statement brought her roaring applause, and she continued to discuss how music heals and saves throughout her performance.

After Allison, The National took the stage, and it was evident they drew a large crowd to the festival. A friend of mine from B.C. flew in specifically for this show. An American rock band, their music is not what one may think when folk comes to mind; however, everyone there seemed to be enjoying their sound. 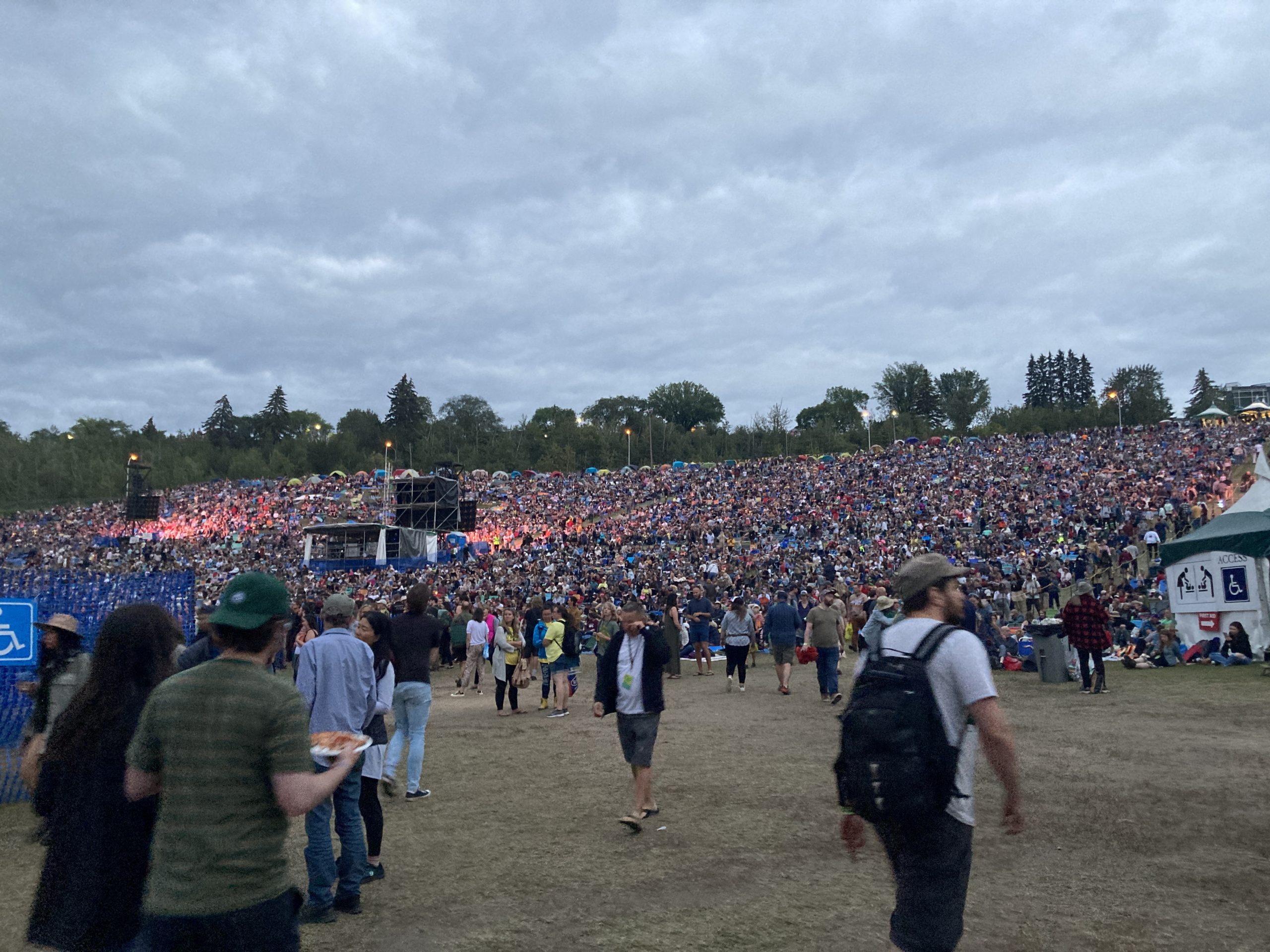