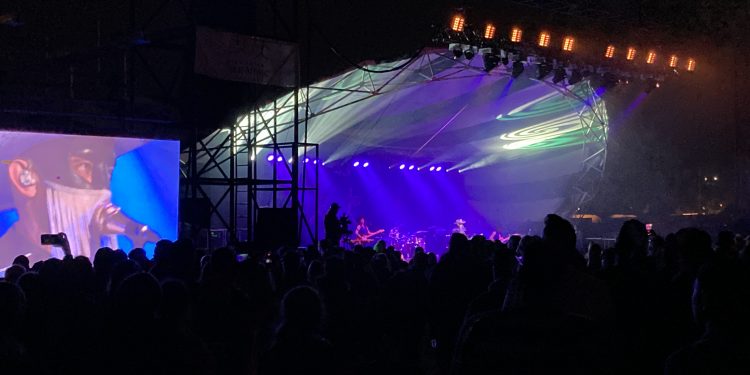 Wow! Another night of incredible music at the Edmonton Folk Music Festival. Friday night offered a bit of everything for everyone.

We started off the night by checking out a set from Vancouver’s Locarno. They had the crowd enthralled with their unique style of music, which combines Cuban, Mexican and pop. Besides the great music, frontman Tom Landa did a great job of sharing the stories behind their songs and telling us about his personal journey, moving from Mexico to Thunder Bay (in February!) as a teenager. A highlight of the set was when drummer/percussionist Liam MacDonald took centre stage to show off his pandeiro skills. 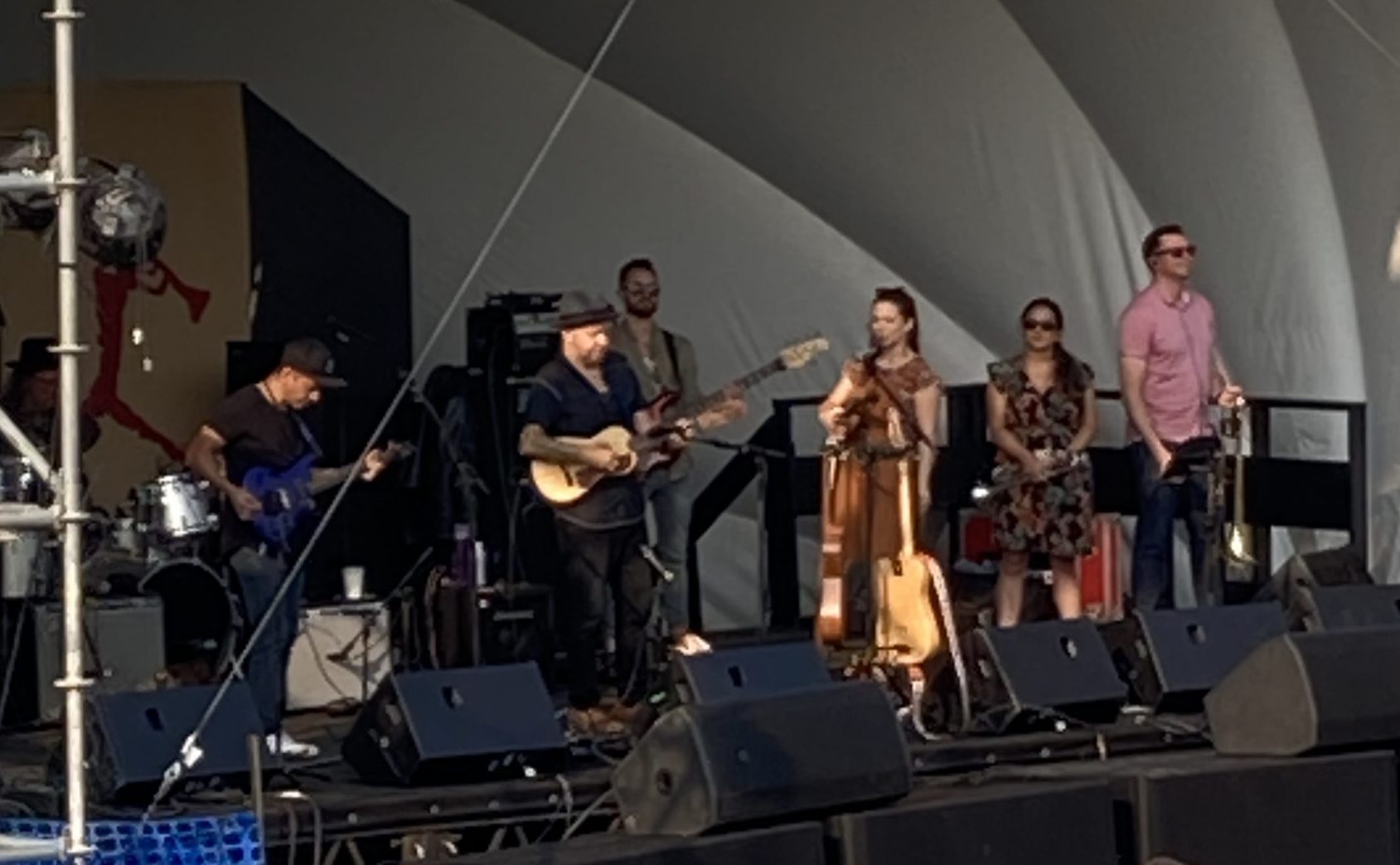 Following Locarno’s set, we were treated to a session featuring William Prince, Mick Flannery, Bonny Light Horseman, and Abigail Lapell. William Prince sounded great with just his vocals and a guitar, and I found that really made his lyrics shine through. Bonny Light Horseman provided some interesting new takes on a few traditional numbers, including a neat version of “Children Go Where I Send Thee.” They also provided a captivating version of “Blackwater Side,” a song many are familiar with from the singing of Liam Clancy. Abigail Lapell provided some honest folk tunes, and I would like to hear more from her down the road. Mick Flannery really stood out to me in this session; his writing really draws you in and makes one want to hear more. I think he is definitely a name we will be hearing more of.

To finish off the night, we caught the set by country music’s man of mystery, Orville Peck. Wearing his Lone Ranger-esque mask, complemented by tassels to fully hide his mask, he had the crowd in the palm of his hand from the first note he sang. With all the audio technology available these days, it’s hard to tell a singer’s true abilities until they are heard live; let me assure you, Orville Peck’s voice sounds even better in person. He has an ability to run through the whole gamut of emotions in his performance, making you want to dance with joy one minute and lament over lost love the next.