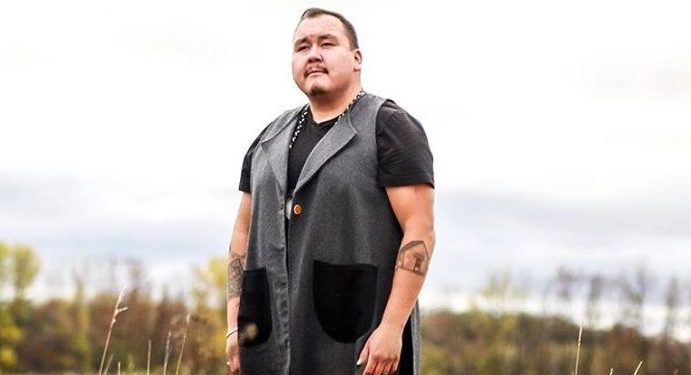 In just a few days, I will be lucky enough to be attending this year’s Edmonton Folk Music Festival. Last month, it was announced that Indigenous songwriter and activist Buffy Sainte Marie would unfortunately be unable to attend due to contracting Covid-19. Luckily, there are still a number of acts for music listeners to enjoy, and there’s a few that I recommend you catch if you have a chance.

I have been following the career of folk and country singer-songwriter William Prince for many years now, after first hearing him on CBC Radio. William was born in Selkirk, MB and grew up in the Peguis First Nation. There’s not a bad song on his 2020 album, Reliever. William Prince has won several Canadian Folk Music Awards; in 2022, he won Single of the Year for his song “Gospel First Nation.” He will open the festival on the main stage Thursday, Aug. 4 at 6:45 pm.

No Depression wrote that Matt Andersen “has drawn from the best roots music has to offer over his decades-long career: down and dirty blues, heart-wrenching soul, life-affirming gospel, and introspective singer-songwriter balladry.” Another act I’ve followed for years, Matt’s guitar expertise is complemented by his smoky vocals. Hailing from New Brunswick, Matt has won several East Coast Music Awards, Maple Blues Awards, and European Blues Awards, as well as winning the top prize in the International Blues Challenge.

I’ve been a fan of Allison Russell for years, since first seeing her as a member of Vancouver folk band Fear of Drinking, alongside Tim Readman, Brendan Mooney, and Reveille Nixon. She has also worked in other acts such as Po’Girl and Birds of Chicago and is now pursuing a solo career where she is finding great success. Last year, she appeared on Jimmy Kimmel giving a moving rendition of her song “Nightflyer.” Her solo album, Outside Child, saw her nominated for three 2022 Grammy Awards.

Orville Peck has gained recognition not only for his music but also due to the fact that he has kept his true identity concealed. Orville (his pseudonym) appears on stage wearing a Lone Ranger mask with tassels hanging from it, keeping his identity a mystery. His voice is reminiscent of Roy Orbison and Chris Isaak and much of his music is performed with a rockabilly/country twang. Queerty, an online LGBTQ magazine, named Orville as part of their Pride50 list in 2020, honouring those who “represent the pioneering spirit of the first prides across the country, the people who stood up and made a difference despite the personal price they might pay for their courage.”

I first came across Steve Dawson through his work with Vancouver bluesman and recent Order of Canada recipient Jim Byrnes. Steve has an impressive resume not only as an artist, but also as a producer; he has won seven Junos and been nominated for 18. Now living in Nashville, he will release three albums on vinyl throughout 2022. Throughout a performance, you’re likely to see Steve play acoustic and electric guitars of all kinds, slide guitar, fingerstyle guitar, dobro, banjo, pedal steel, and more.

There are so many more great acts on the bill. This lineup will surely not disappoint those who are fans of good folk music. Stay tuned for my daily recaps of the festival! And if you’re there, please come say hello!