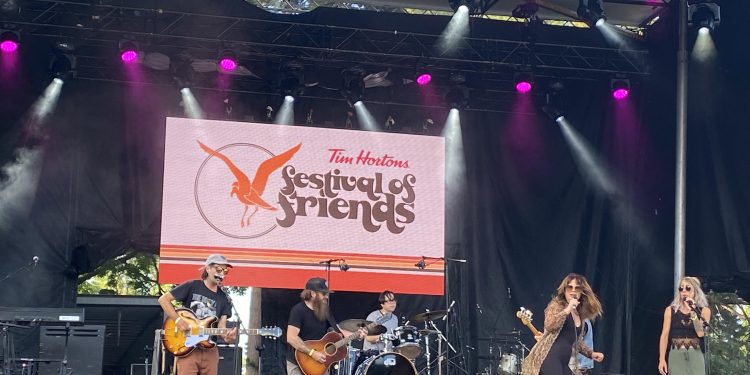 The Festival of Friends is an extensive outdoor music, arts and crafts festival which began back in 1976. This year, the festival embraced an Indigenous focus, showcasing many Indigenous artists. The festival is held in Hamilton’s Gage Park, on the traditional territories of the Erie, Neutral, Huron-Wendat, Haudenosaunee and Mississaugas, now recognized as the treaty lands and territories of the Mississaugas of the Credit.

Last year a much more scaled down version of the event took place, but this year, the festival, which took place July 29 to 31, came back in a big way, complete with a roster of talented musicians including Jace Martin, Mimi O’Bonsawin, Serena Ryder, Melissa Marchese, Monster Truck, and Snotty Nose Rez Kids among many more talented artists.

This Saturday, the festival featured an artisan vendor market, including a market where Indigenous vendors showcased a whole range of rare goods, from arts and crafts, to books, clothing, and much more. The festival also featured many food vendors, a beer garden, a midway complete with carnival games, and rides – including a rainbow colored train perfect for children of all ages. The park also boasts an extensive rose garden, and a gigantic 14,000 square foot greenhouse.

The festival is a lively space filled with a culturally diverse group of folks, sharing the spaces of the park.

Jace Martin is playing at the legendary Bandshell stage. Jace is an acclaimed songwriter, musician, performer, and producer from Six Nations of the Grand River. During his decades long career, his work has been nominated and honoured for many awards, including multiple Independent Music Awards for his album Mighty. 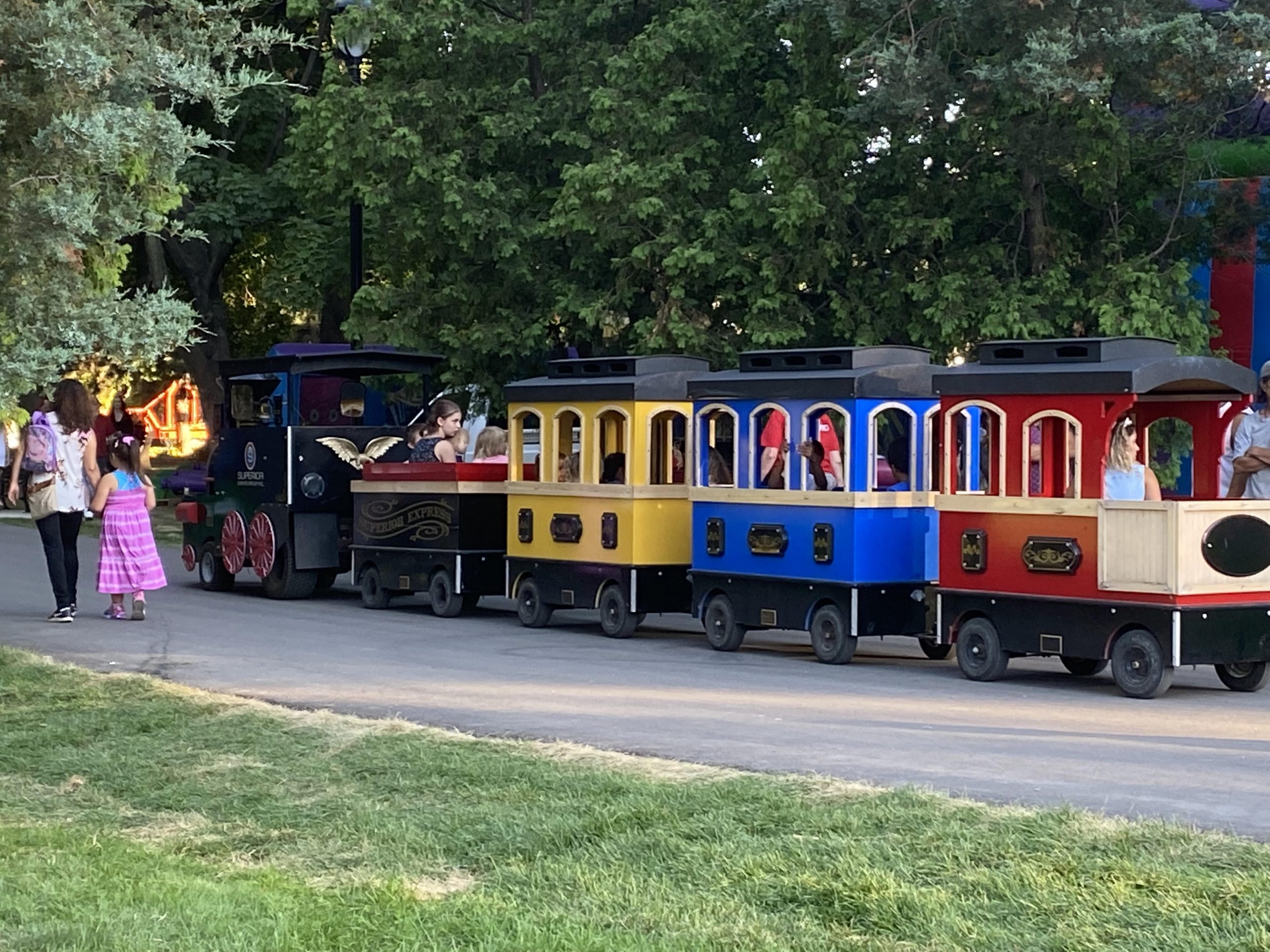 He performed a gorgeous set of his original songs including his hit song “Free to Fly” from that album, which debuted at #35 on the USA Mainstream Billboard Charts.

When Jace performed his new song “Bullet Train,” you could feel a buzzing energy in the air. Jace’s smooth, charging vocals danced with a fierce electrifying guitar tempo, and intense bass accompanied by driving drumbeats.

The song was met with howls and applause from a growing crowd. This was the first time the song was performed live. The song is part of his upcoming album to be release next year.

In a beautiful moment onstage, the two musicians exchanged a hug – a true Festival of Friends moment.

Another highlight of the festival came courtesy of Janet Marie, who is a writer from the Six Nations band in southern Ontario. Her moving poetry performance was crafted from spoken word, drum work, and haunting vocals. Beginning with the powerful, inspiring “Indigenous Vibes,” she captured the undivided attention of the audience. A sense of peace, a feeling of mutual care and joy pulsated from the crowd gathered here to hear and exchange critical words and art. That’s what it’s all about.

Following Janet Marie’s performance, I walked towards the neighboring stage in time to hear another celebrated local songwriter and performer Melissa Marchese. Melissa began her set with a raw, bittersweet live version of her “Cigarette Song,” just released in 2022. 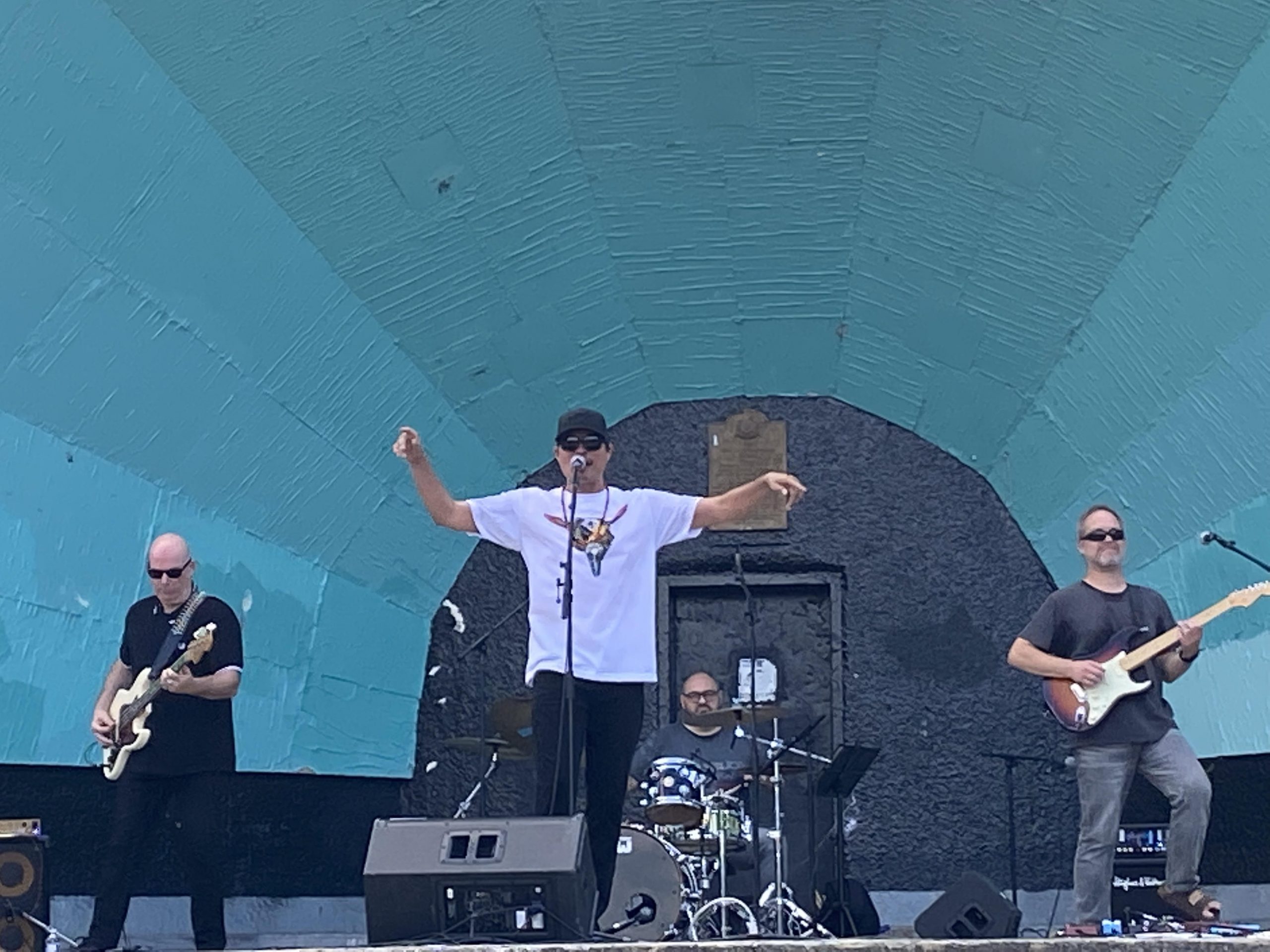 Melissa first played at the festival of Friends 10 years ago and told us that this festival is very near and dear to her heart. She invoked the words of legendary poet Leonard Cohen, “We’re going to give you everything we got up here tonight.”

One of the highlights of her show was “Sunshine.” This is a song Melissa wrote about India, a place she also she considers home. Melissa passionately emphasized the parallels between these diverse destinations: her home here and her home in India as places full of diverse cultures and diverse communities.

Melissa’s vocals filled the air: bold, warm, and unstoppable like rays of the sun. The accompanying sweet jangling guitar rhythms joined with the radiating beats of the percussion and bass like a raging fire beating within.

A tender moment onstage brought cheers from the festival audience, when Melissa invited Rob Lamothe to join his son Zander (who is the drummer for Melissa’s band) onstage. Decades ago, Rob travelled all the way from Southern California to play at the Festival of Friends.  Zander, then already a budding musician at the ripe age of seven years old, joined his dad onstage all those years ago.  And here they were together again on the same festival stage!

There were also events that were difficult to ignore for very different reasons. There was a very troubling situation which started at the beginning of the show, when two people in white masks walked into the audience standing by the stage, waving what appeared from my vantage point to be a large red ensign flag (a symbol that has been co-opted in recent years by white nationalists) and a large Canadian flag, which blocked the view for the audience behind them. It’s hard not to mention this when talking about the show, because they stood there for pretty much the whole set. I noticed audience members looking at each other uneasily. 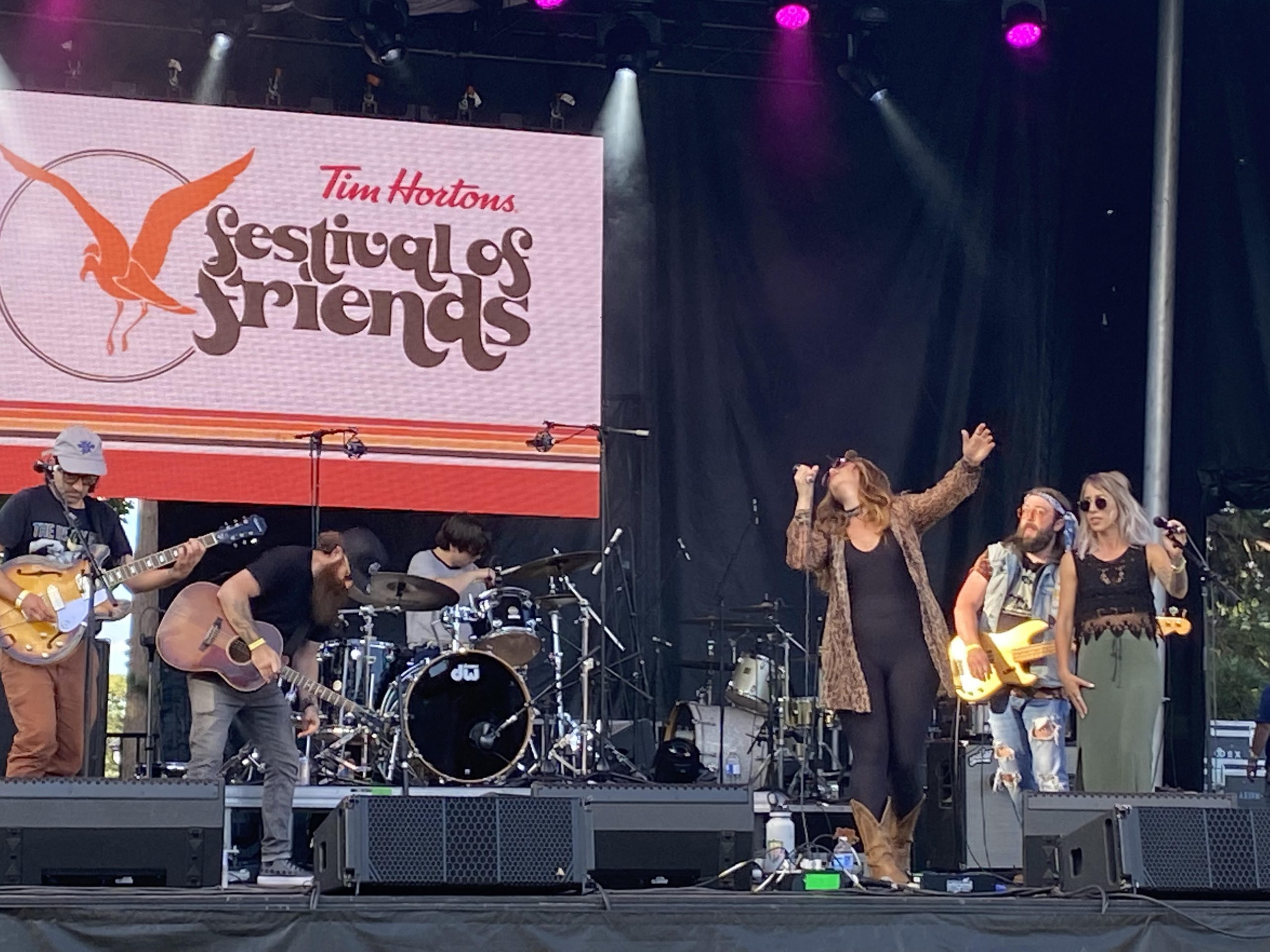 The two people carrying the flags, appeared to be alone in the audience. Their presence left many audience members, including myself, deeply uneasy. There were no signs of support for them.

It cast a disturbing shadow over the proceedings. The diverse group of people who had gathered to enjoy a sense of community through the platform of music, stood their ground”‘giving it everything they got” to resist the imposing tactic.

Including Melissa’s mom. She was in the audience on her 70th birthday, for her daughter’s performance.

For the last song, Melissa invited everyone in the audience to join in to sing with her, this time to a classic retro 4 Non Blonde song.

Melissa sang the opening lyrics to begin, “Twenty-five years and my life is still, Tryin’ to get up that great big hill of hope, For a destination…”

Audience members who were gathered in the spaces from the front of the stage all the way to the field’s corners, echoed the refrain loudly “And I say, hey-ey-ey, Hey-ey-ey, I said Hey, what’s going on?”

As people sang and continued to share the space near the performance area, one of the men wearing a mask and carrying a flag walked away.

Around the corner from the performance area, children of all ages, creeds and backgrounds jumped in the elaborate fountains that flow almost all the way to the nearby street. I saw the rainbow colored train moving through the park, a beautiful way to share the space.