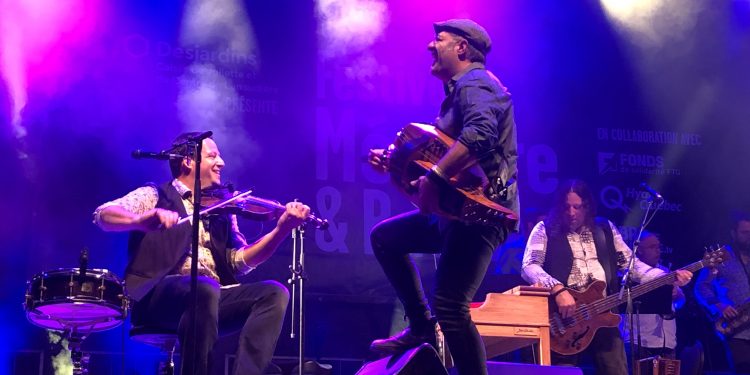 Kongero is a quartet of beautiful women from Sweden who sing a cappella. No instruments are required when you have voices like angels. These lovely ladies charmed the rapt audience with their four part harmonies. It didn’t matter in the least that they sang only in Swedish. 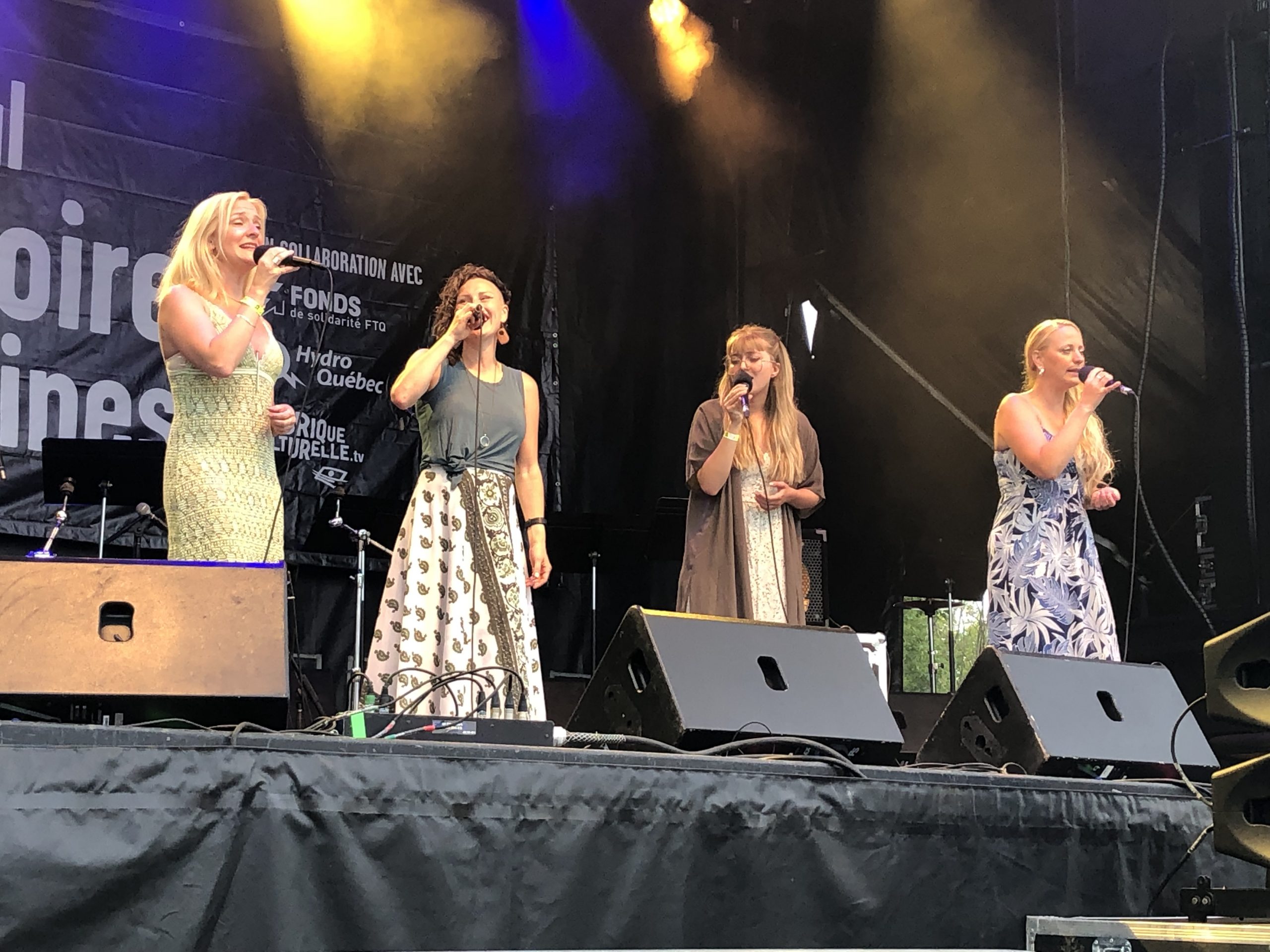 Dâvi Simard’s trio was up next. Invited guests were Stéphanie Lepine, André Brunet, David Boulanger and others. This was a fantastic show with huge energy to showcase his new CD, Dâvi Simard Violonist.  It was a fabulous set with many melodies in unusual tunings for the violin, such as ‘vielle’, that make the fiddle sound other-worldly, ringing with sympathetic vibrations.

Next up was Djely Tapa, a powerful woman from the Griot culture of Mali. She is a singer, drummer and dancer. Her big band includes a full drum kit, electric bass, guitar, kora and electro-pop synth sounds. Hers really is a huge sound and an equally huge stage presence. This is very colourful world music. 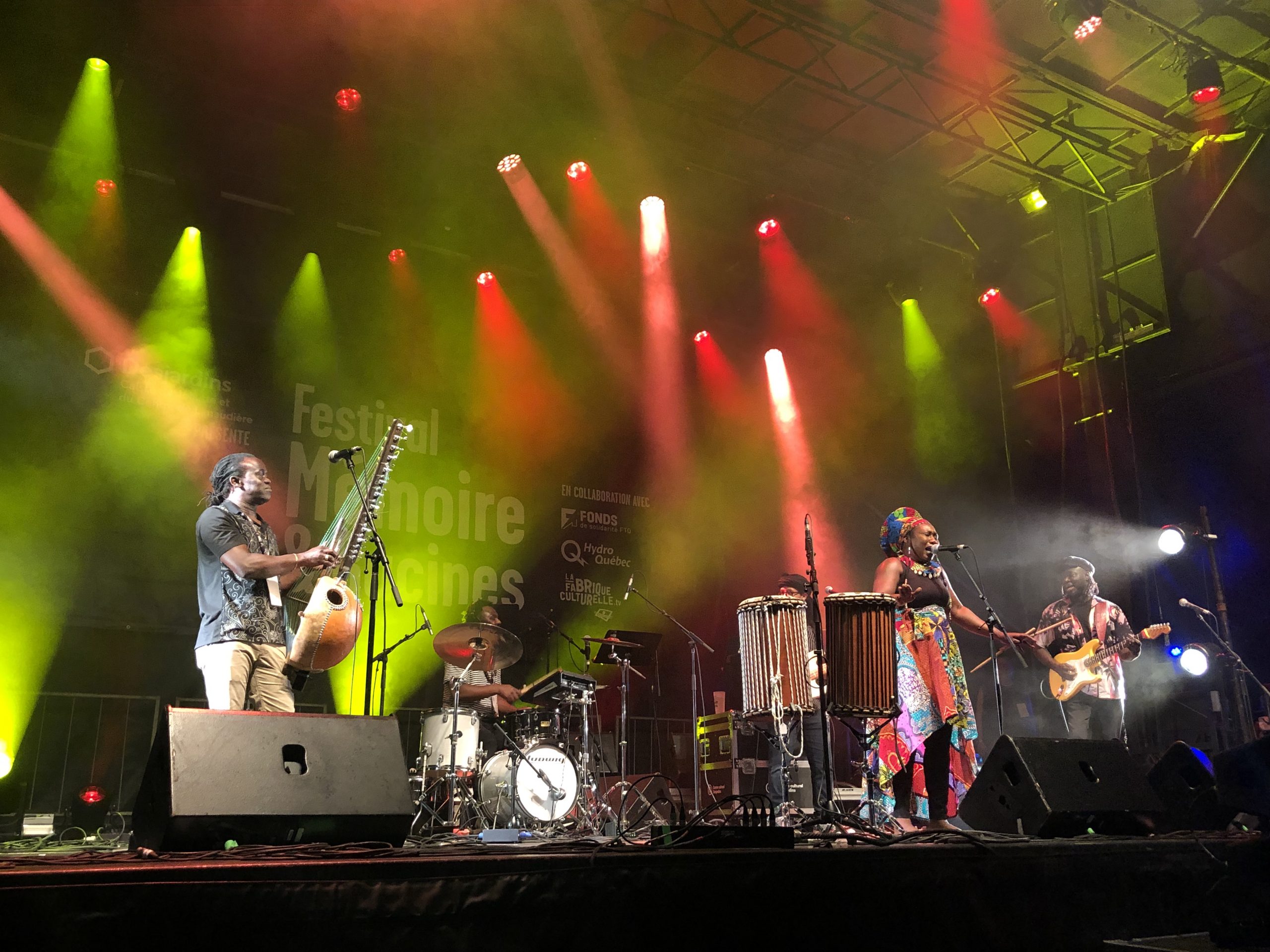 There was a thrilling short tweener set with the duo Colin & Benoit, playing guitar and wooden whistle respectively. Fast fingers on both the instruments made the traditional repertoire of Québecois tunes they played just rip by.

The finale of Saturday night was Le Vent du Nord, whose members are celebrating the 20th anniversary of the band’s founding. Original members Nicolas Boulerice and Olivier Demers truly made something original and lasting when they founded this band, which now features five of the most accomplished musicians in Québec today. Réjean Brunet on accordions and bass; André Brunet on fiddle, feet and snare drum; and Simon Beaudry on guitars and bouzouki all combine with Nicolas’ piano and vielle à roue and Olivier’s fiddle and feet to produce an astounding sound. The arrangements were wholly appropriate to the fantastic original material members of the band composed for 20 Printemps, the anniversary CD. 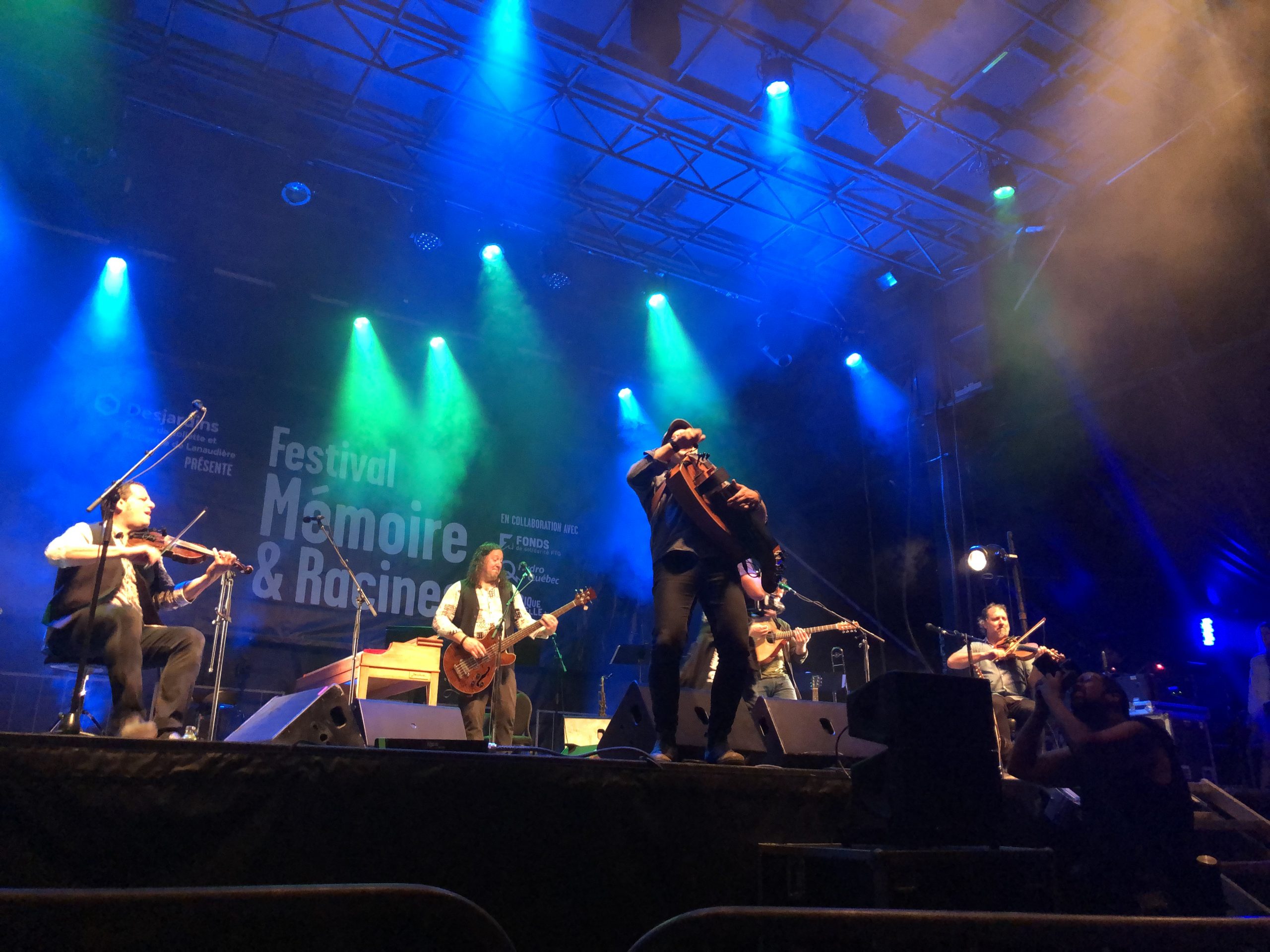 For tonight’s performance, the band included a five piece brass section, the band Gruv’N Brass Quintet, plus two astounding contemporary performers: rapper Biz and pop musician Stéphane Archambault. The powerhouse headliners really knocked it out of the park this time; the crowd went absolutely mad for their music. For their finale, cups of celebratory red wine were passed around as they made their exit from the stage.

And so concluded the Saturday night main stage performances. More to come on Sunday!