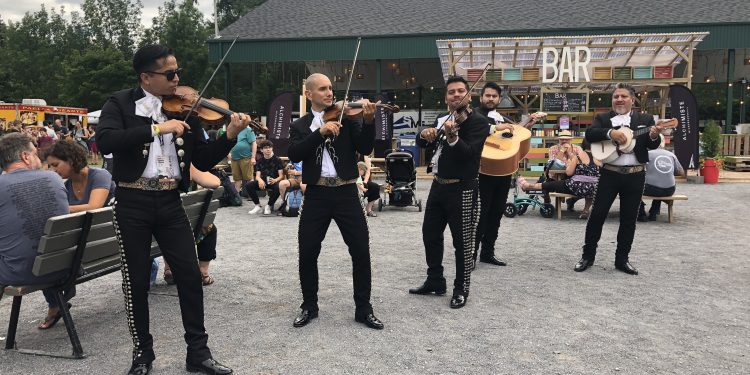 Saturday afternoon at Mémoire et Racines saw a variety of performances and workshops on various stages.

Éric Beaudry’s students at the CJEP college folk music school in Joliette put on a lovely show to start the day. They played a variety of instruments and sang traditional songs on the Cabaret stage. 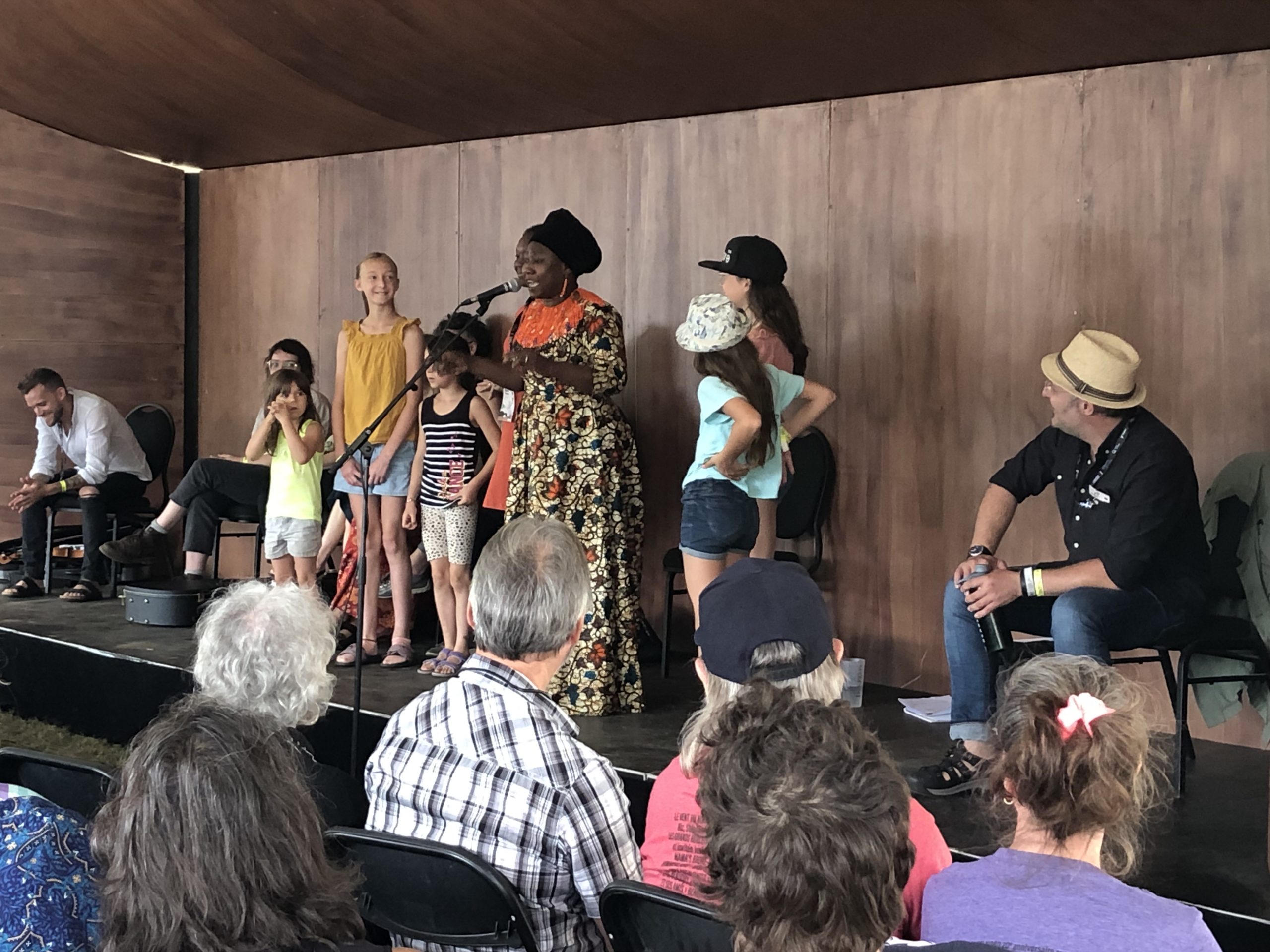 Djely Tapa. Photo by Elizabeth Szekeres.At the singing workshop, Nicolas Boulerice of Le Vent du Nord was hosting. We heard from members of Kongero, the gorgeous all-female Swedish a cappella quartet, as well as Amy Lou from Mama’s Broke, and Nicholas Pellerin. The audience was really blown away though when Djely Tapa invited children from the audience to come up on stage to help sing a traditional song from her African roots in Mali.

The plucked strings workshop, hosted by Éric Beaudry (De Temps Antan), was fantastic with mandolins, guitars and Kora, a gorgeous 22-string instrument made from goat skin and a very large gourd, played by Zal Sissokho. 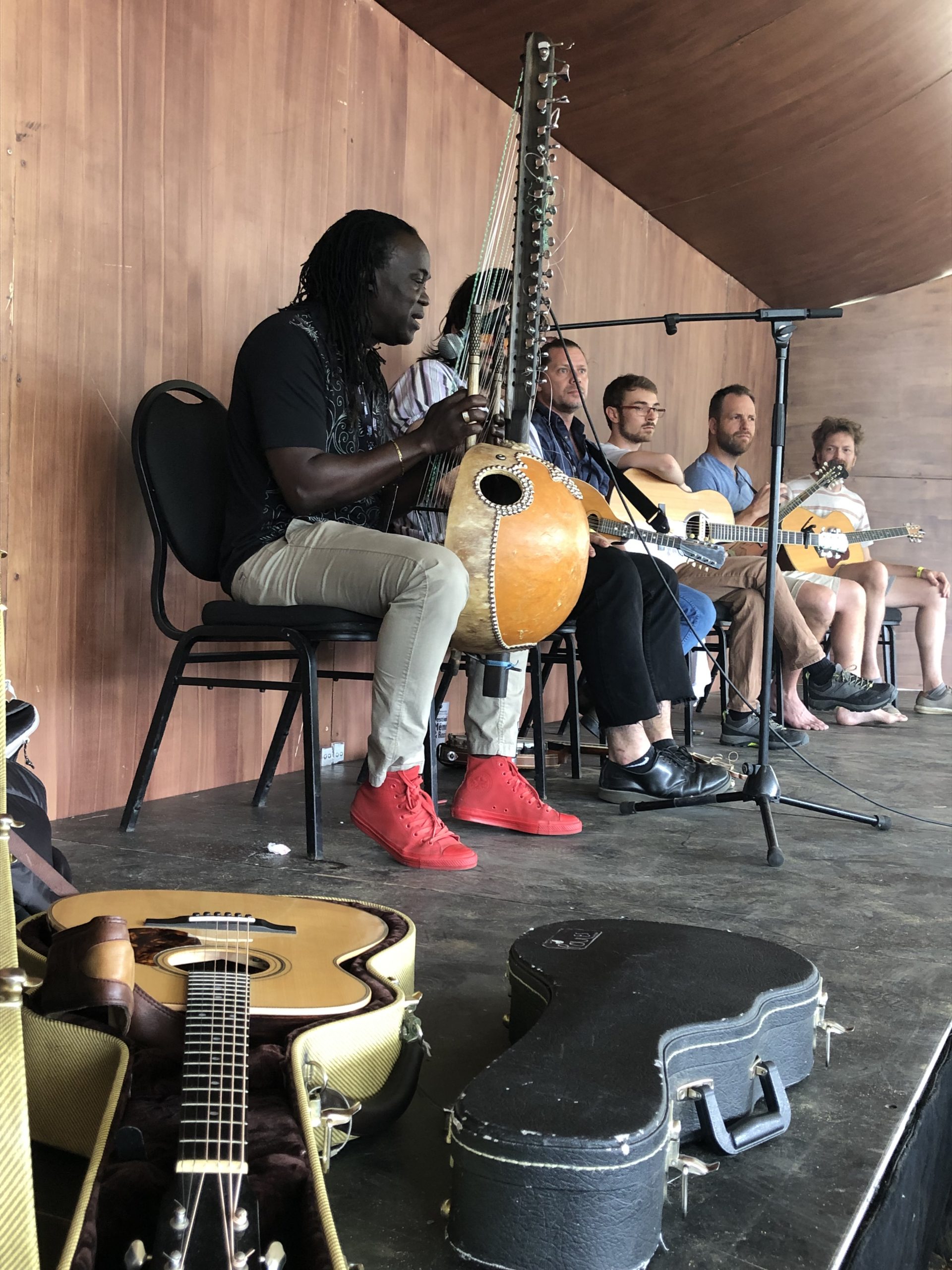 There was a very fun Indigenous hoop dancing workshop led by Barbara Diabo in the new outdoor dance tent. Participants included both adults and children who learned some of the art of winding hoops around your body in complex formations while dancing.  Everyone was cautioned that hoop dancing is actually a sacred art that can only be performed by Indigenous people.

It’s always wonderful to see a stage full of accordions. We had five great accordionists demonstrating their fast fingers on diatonic button accordions that are so tricky to play they make your head hurt. But perhaps the most moving performance was Réjean Brunet of Le Vent du Nord playing the haunting melody “Berceuse pour Hannah.” 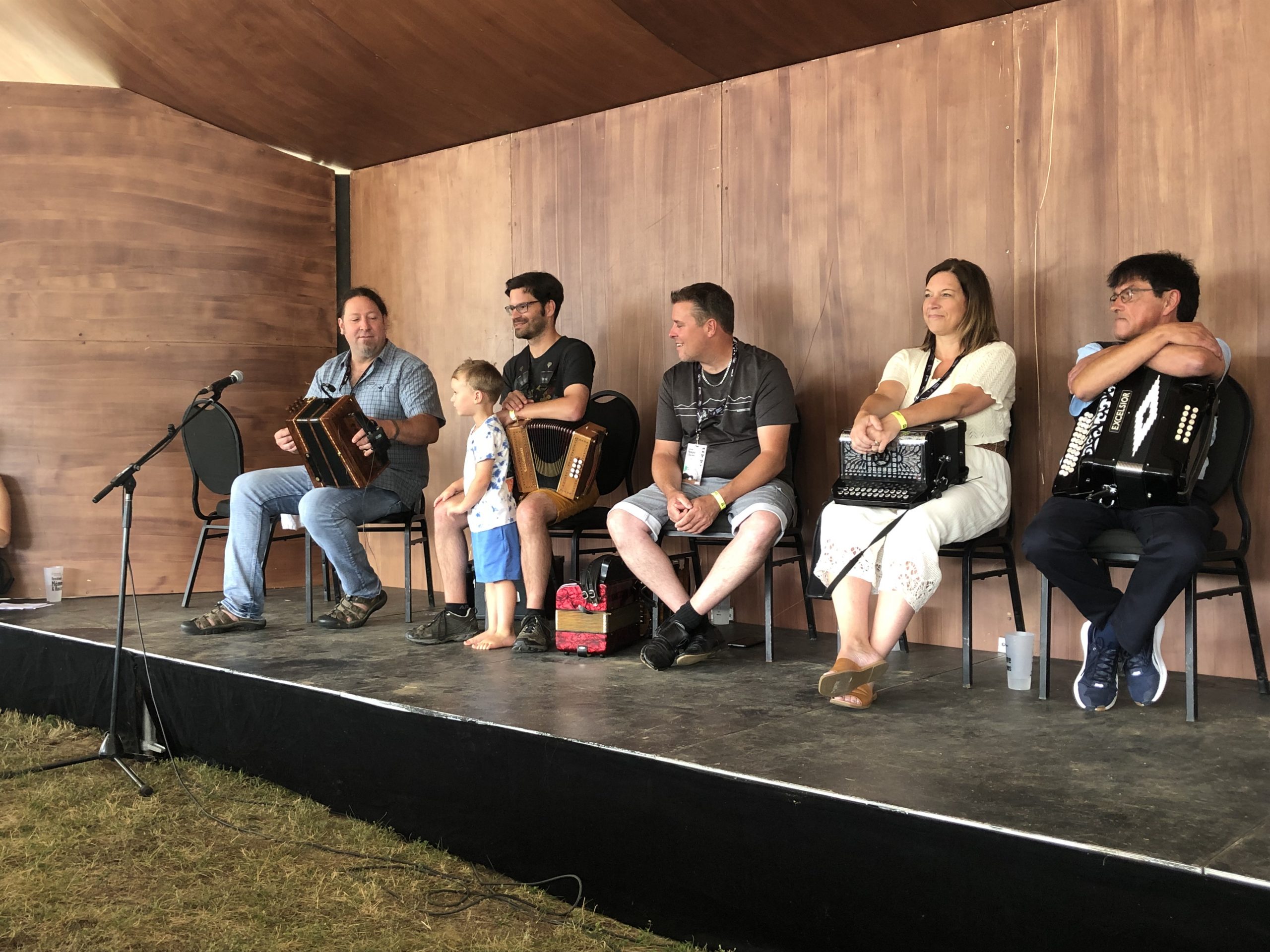 The Atelier des Violons had us hearing original tunes from Olivier Demers and André Brunet of Le Vent du Nord; and then soulful old-time music and Macedonian dance tunes from Mama’s Broke. Shannon Johnson accompanied by Andy Hillhouse (The McDades) played three of her original tunes, including “Johnny’s Flush,” about her friend who has an unusual belly button.

Veronique Plasse (Bon Débarras) combined her original composition with a piece by the legendary Jean-Claude Mirandette, who recently passed away after years of significant contributions to the Québecois world of traditional music.

Véronique ended her workshop performance with a stunning complainte, on which she was joined by André and Olivier improvising harmonies. This was absolutely the highlight of this workshop. 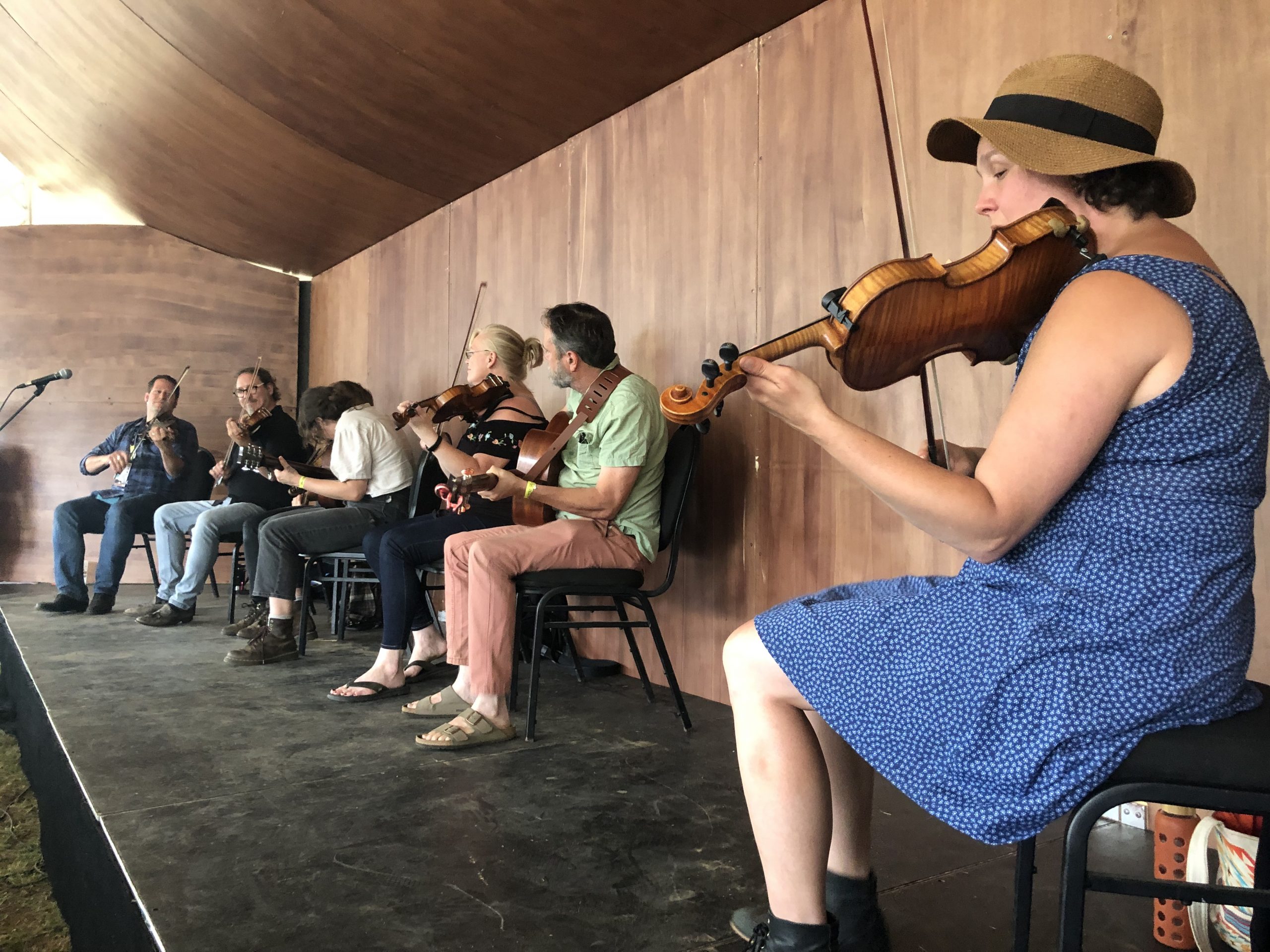 The final show of the afternoon had Les Grands Hurleurs, with Nicolas Pellerin, playing on the stage down by the Rivière L’Assomption. Double bass, twin fiddles and guitar brought new depth to this energetic band. We heard wonderfully tight harmonies in both voices and fiddles.

Mariachi d’Oro Blanco de Montréal had the whole crowd at the Agri-Bouffe moving to the rhythms of their Spanish music during an informal performance outdoors during dinner break. The band’s superlative musicians just blew everyone away with stellar fiddling and voices like Domingo and Pavarotti.

And so ended the Saturday afternoon performances. Next up: Saturday night on the Gilles Cantin main stage.

Correction:  A previous version of this story misidentified the teacher of the CJEP students.