Allison Russell reflects on the origins and success of Outside Child 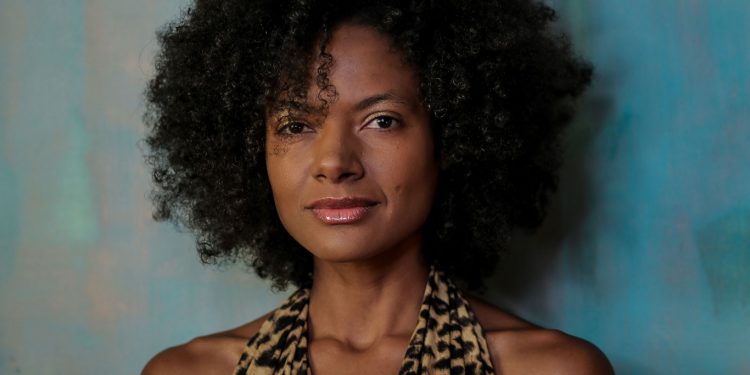 Since the release of her debut album, Outside Child, in May of last year, Allison Russell has experienced a whirlwind of activity and acclaim. She’s appeared on a number of late night TV shows, including Jimmy Kimmel Live! with Brandi Carlisle, debuted at the Grand Ole Opry, performed at the Country Music Hall of Fame and shared a duet with Emmylou Harris at the memorial for Naomi Judd. Outside Child won Allison a Juno Award, two Canadian Folk Music Awards, three UK Americana Awards and two Folk Alliance Awards and earned three Grammy nominations. It was also named to the long list for the Polaris Music Prize. It’s an amazing result for an album that deals with Allison’s difficult childhood of physical and sexual abuse growing up in Montreal. During a conversation at the Mariposa Folk Festival this year I asked Allison how much convincing she had to do with herself to approach this period of her life.

“Writing pours out. Writing is cathartic. It’s my chosen therapy. It’s my craft. It’s my obsession. It’s my calling,” she said. “I’m a lifer, so I don’t ever resist the writing. But to record and then put it forward under my own name, it took a pandemic, and it took further violence against other members of the Black diaspora plus my community and my chosen family rallying around me and saying, ‘We want this out in the world.'”

Another important consideration in releasing the album was trying to make things better for her daughter, she said.

“If I’m not actively being a part of shifting toxic systems then that’s all going to land on my child, and I’m unwilling to have her shoulder the same burdens that we have all had to.”

Allison’s website describes Outside Child as “water from the dark well of a violent past,” but to her it’s more than that.

“It’s really about transcending abuse through art, through music, through chosen family and community, gathering joyful experiences to counterbalance the negative ones at the start.”

As with all touring musicians Allison saw all of her gigs cancelled due to the pandemic shutdown resulting in a loss of income. Thanks to the Canada Council she received an exploratory writing grant.

“I was forced to think differently about everything,” she said, “get resourceful and get braver about doing outreach and trying to find a team to really help me and my partner, JT Nero, do our writing. All we really have are our words and melodies.”

“It was just reaching out to other people in our community like Brandi Carlisle,” Allison said. “I started listening to my intuition. I had an intuition she would ‘get’ the record and that she might have advice. I really admire the way she’s conducted her career and the way she’s used her name and platform, not just to make beautiful music but to get engaged very directly with community.”

Allison’s passion for advocacy for her diverse community is part of her strength as she strives to make things better.

“All those of us who have intersectional identities, we have to be activists to survive,” she said. “We don’t have the luxury of being neutral because there’s someone who’s gonna yell the ‘N’ word and spit at us on the street. So we can’t be neutral. Our existence is political. I’m a queer, Black, mixed heritage woman. There’s no hiding it, and I don’t want to hide it!”

Besides the accolades and awards Outside Child has given Allison, her life story as told in these songs has generated interest in a memoir.

“I wrote my first book proposal at the end of last year, and it was snatched up by an imprint of MacMillan Books called Flatiron Books,” Allison said. ” I have an extraordinary editor named Bryn Clark who specializes in memoir of writers with an intersectional identity.”

Once Allison was done appearing at Mariposa she was off to the Vancouver Folk Music Festival where she had four days ahead of that to finish off the last quarter of the first draft. Publication of the book is slated for 2023.

Allison’s career began in Vancouver as a member of the Celtic band Fear of Drinking. Following that, she co-founded Po’ Girl with Trish Klein of The Be Good Tanyas, Birds of Chicago with JT Nero and Our Native Daughters with Rhiannon Giddens, Amythyst Kiah and Leyla McCalla. Experiencing her current success, Allison is beyond belief.

“Every moment it’s completely surreal,” she said. “Part of me thinks I’m in a walking dream and eventually I’ll be abruptly shaken out of it. I’m so deeply grateful, and I feel so galvanized and urgent about whatever door opens, to bring as many people through with me as I possibly can.”

It’s with this strong sense of “paying it forward” that Allison includes Sista Strings, Sway Wild, Beth Goodfellow and Leyla McCalla, who have their own careers, in her shows.

“The only gains I’ve ever made in my career were through the auspices of other artists like Brandi Carlisle, Rhiannon Giddens and Joe Henry, who chose to open doors for me. I was on the road with Birds of Chicago and with Our Native Daughters on that hamster wheel of subsistence touring, working class musician touring where you have to keep doing the gigs to keep afloat. Paying it forward is how it becomes a movement instead of a moment.”

Allison is looking forward to a break from all of the action in December when she’ll have some home time while preparing for the next album. In the meantime, she seems to be at every major folk festival this year, including Tonder Festival in Denmark, along with Radio City Music Hall in New York City, Pop Montreal and Koerner Hall in Toronto.

For more on Allison, go to allisonrussellmusic.com.