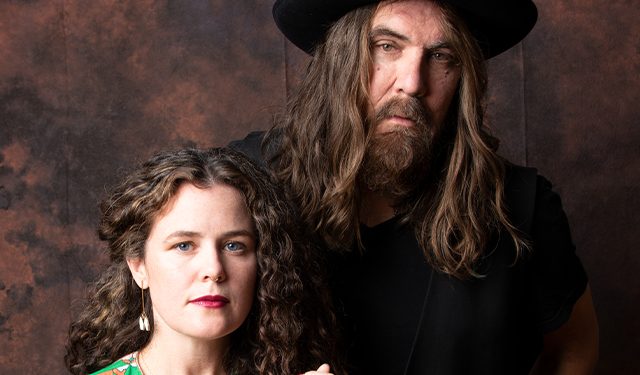 iskwe has no songwriting credits on the album, but her lead vocals and harmonies carry most of the choruses. She and Tom trade off on verses and join together for harmonies to great effect. Mother Love puts iskwe in a much different soundscape than her more electric and pop-oriented solo work, and as her presence interacts with Tom’s, the results are spectacular.

Serena Ryder co-wrote four songs on the album and produced tracks two through five, as well as the final track, “Dream You Home.”

There, she closes out the album with an aching ballad somewhere between the sounds of “2 Kool 2 be 4Gotten” and “Greenville” from Lucinda Williams’ Car Wheels on a Gravel Road.

Serena also plays drums and provides most of the guitars on the tracks that she produced, though she keeps the spotlight firmly on the two featured artists.

iskwe and Tom self-produced the other three cuts in a previous session.

Listening to this album at a proper volume reveals some intimate moments where a second track of Tom’s or iskwe’s vocals are layered in behind another, sometimes one singer behind the other, other times the same person in a different octave. The attention to detail makes for eight songs that each draw you into a vulnerable mood.

Anna Ruddick on electric and upright bass is the common element from both the self-produced and the Ryder sessions.

Her electric bass playing is always complementary while it goes from upper-register fills to low dropped D, never lost in the mix.

Tom’s voice sounds similar across the whole album, but iskwe’s work with Serena – and with the recording and mix engineers on those tracks – elevates her vocal sound beautifully.

“Stir the Ashes” is a highlight. It has a happier indie folk sound, and the chorus shifts around plaintively as the love song revs up into romantic energy.

“I am so many people darling, I have so many layers,” iskwe sings in a lyric from “Stir the Ashes” that suits this project’s themes of identity and spirituality.

iskwe and Tom are Cree Métis and Mohawk respectively, and their remarkable work together speaks deeply to their
identities while leaving space for you to contemplate your own journey.