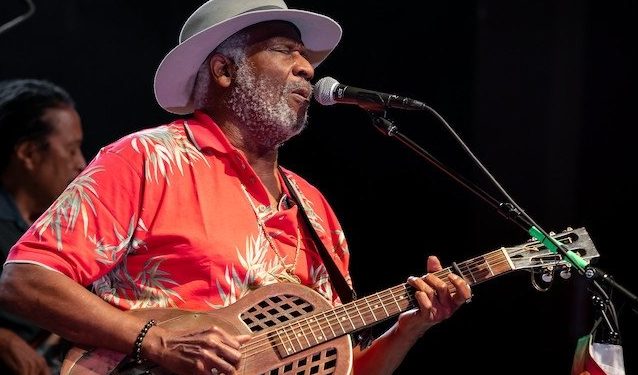 It has long been the philosophical foundation at Canadian folk festivals that we abstain from the “star making machinery” in favour of the overall festival experience based on musical diversity and equality. No one artist is to be favoured or promoted above another. For a long time, all artists were paid equally in order to imbue festivals with a culture of fairness and equal opportunity. Musicians were expected to participate for the entire weekend, including workshops, in which they perform with people they have never met before, seeking common thematic or musical ground. No performer was allowed to parachute in for a concert and leave immediately afterward. As audiences, we are expected to show up with open hearts and ears, ready to experience music and musicians we had often never heard of and to decide for ourselves which musical encounter enlightens, entertains or inspires us the most.

Fame is therefore the enemy of every festival publicist’s work – how best to promote and attract audiences without falling into the mainstream media’s most common question: “Yes, but who is coming that is famous, and when exactly are they performing?”.

Decades ago, when all of this was new, and we were all adamant about creating festivals without the corrupting influence of fame, I joked that I was travelling to the Mariposa Folk Festival for the express purpose of hearing Taj Mahal, the famous American blues player with nine or so albums under his belt at the time. That wasn’t at all true – I was going to Mariposa with completely open ears and an intention to experience as many new sounds as possible in one three-day weekend. He just happened to be performing there.

In those days, Mariposa was held on an island in the harbour of downtown Toronto. This meant taking a boat. I qualified for a ride on a water taxi reserved for musicians and guests of the festival. Water taxis resembled long, open-air buses. We arrived at the pier on a beautiful Friday morning. The sun was shining, the temperature in those days was perfect, and the Toronto Islands awaited with lush, green fields and massive, overhanging oak trees.

I found a seat on the water taxi beside a stranger and struck up an interesting conversation about ducks and islands and food. It was a delightful journey – about 30 minutes in total. When we landed on the island, we queued up to receive our guest badges. Imagine my surprise when my seatmate turned out to be none other than Taj Mahal! My heart literally jumped, and I realized in one swift, moment of gobsmackedness, that I was absolutely part of the “star making machinery” because I suddenly lost my ability to converse any further with him. (In my own defense, there was no such thing as an internet in those days, and album covers were usually artistic representations of musicians or grainy, moody photographs, so how was I to know what he looked like in person?) A wave of shame followed the loss of my tongue as a realized that I had failed my own folk festival values and that I too was susceptible to turning into a starstruck idiot when faced with a famous performer whose music I loved.

Taj Mahal’s first three records were in heavy rotation on my turntable, and I adored his commitment to authentic roots and blues – his determination to see that this music was performed regularly, recorded and re-interpreted. Many of the old blues greats had passed, and Taj Mahal was a younger, vibrant interpreter of their work and kept authentic blues flourishing and fresh.

Taj Mahal’s blues make me happy. It’s difficult not to bounce about when I hear “Cakewalk Into Town” or “She Caught the Katy.” I maintain that “Fishin Blues” is the best song ever written about going fishing and that Taj Mahal’s version is the best ever recorded. His version of just about any classic blues tune is usually performed with ebullience rather than weightiness because Taj Mahal prefers to celebrate the blues. He has an encyclopedic knowledge of the old blues players and their songs. At various times in his musical career he has explored what he refers to as the “heirloom music” of the American South as well as Caribbean, Hawaiian and African traditional music, delving into each with a musicologist’s mind.

His latest record is a collaboration with Ry Cooder called Get On Board, a musical tribute to Sonny Terry & Brownie McGhee. Ry and Taj are well acquainted and well matched, having played together in a band called The Rising Sons in the 1960’s.

He has been nominated for a Grammy 14 times and won a handful of them.

He plays at least 20 instruments proficiently.

The man is 80 years of age now. He has never stopped performing.

That’s a whole lotta music from one human being. And if we get to hear 10 songs from the mainstage on Friday night at the Vancouver Folk Music Festival, we will all be blessed. Personally, I intend to savour every moment because I hereby admit, without shame, all these years later, that to me, the man is a star.

Artists: you have until Friday to submit ...