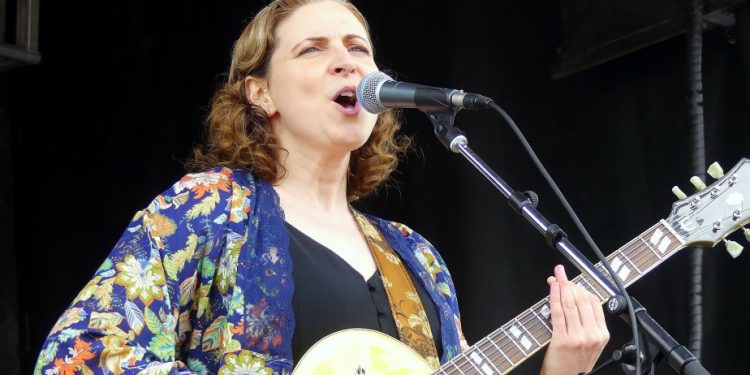 Well despite dealing with changing COVID-9 regulations, Vancouver Island residents came out to support their favourite festival again by selling out tickets on the weekend. And on Sunday, we have learned that the music usually starts with a “don’t miss it session” in the main concert bowl. This usually has a gospel flavour, and the event this year, called Faith, didn’t disappoint. The stage was packed with great blues and jazz musicians and featured John Boutte (New Orleans) and Canadian legend Shakura S’Aide as well as many other very talented performers. Two members even mingled with the enthusiastic hand-waving crowd. What a great show. We could have listened to them all day!! 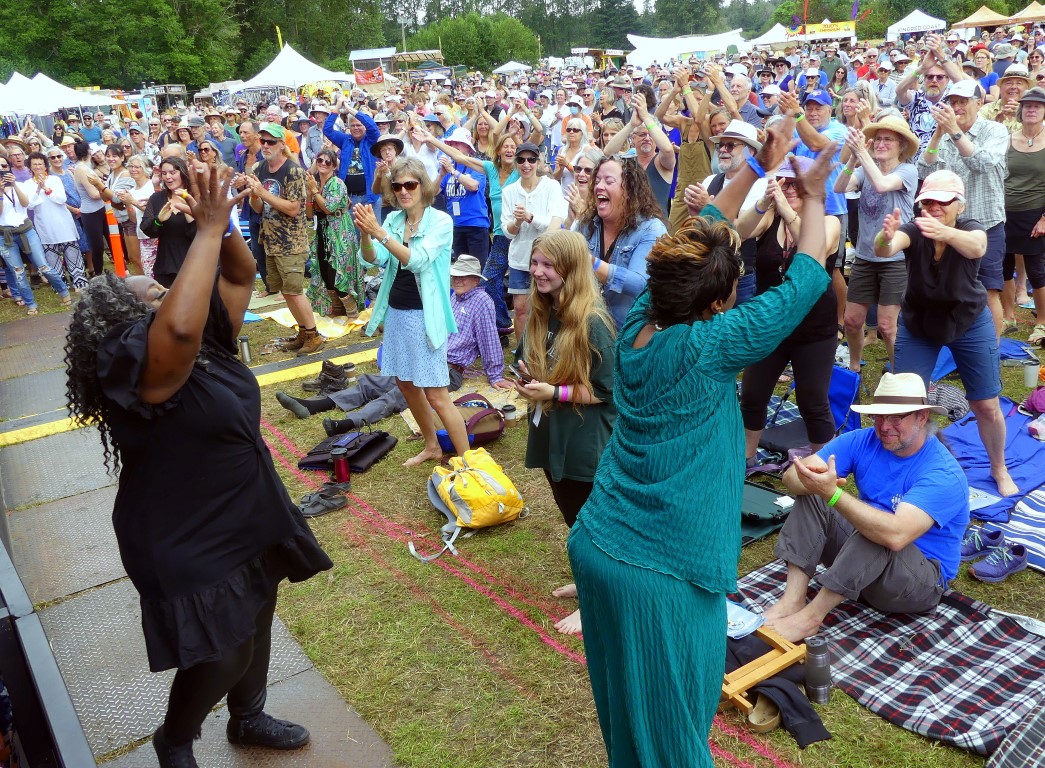 The Faith workshop. Photo by Keith and Heather Nicol.

We stayed in the main concert bowl for the next group, which was a real change of pace. Grace Notes is an all woman choir from Vancouver Island, and they sang a variety of Canadian songs. They were followed by the Mavens, which features Shari Ulrich and two other performers: Susan Crowe and Lynn Miles. But they couldn’t make the show so Shari recruited two other musician friends who filled in admirably. Colleen Brown was the next performer in the main concert bowl, and she is a real Joni Mitchell fan and performed many of her classic songs. Colleen has a great voice (you have to to duplicate Joni Mitchell) and is backed up with a talented band. We then took a break to get ready for the final night’s evening concert. 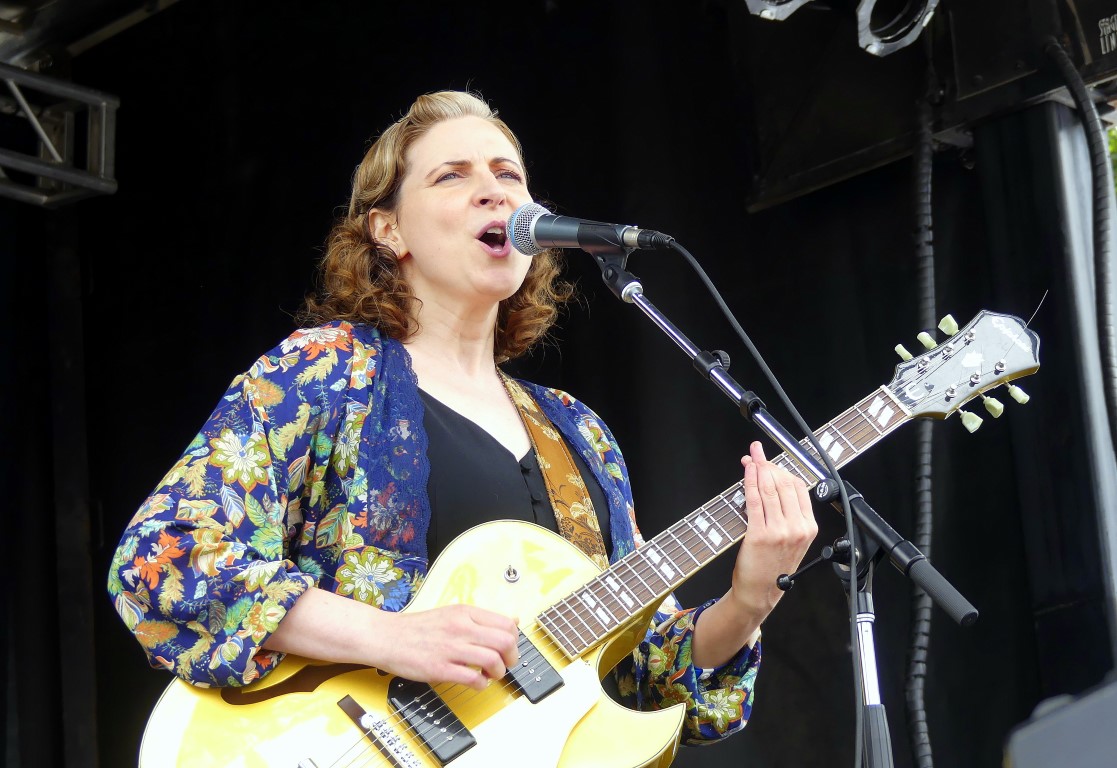 We arrived back at the main concert stage for 6:15 p.m. to listen to The Old Time Radio Show, which featured mostly country music from a variety of artists. The next act up was Matt Anderson, who we first heard in Corner Brook, NL at the East Coast Music Awards in 2009. He has gone on to be a power house blues performer with many awards to his name including being the first Canadian to win the International Blues Challenge in Memphis in 2010. If you get a chance, you need to see him if you don’t already know his music. Our final session was called American South, which featured a collaboration between artists, something the Vancouver Island Music Fest is known for. We can’t wait to see what Doug Cox has in store for next year’s festival. To stay up to date check out https://www.islandmusicfest.com/. 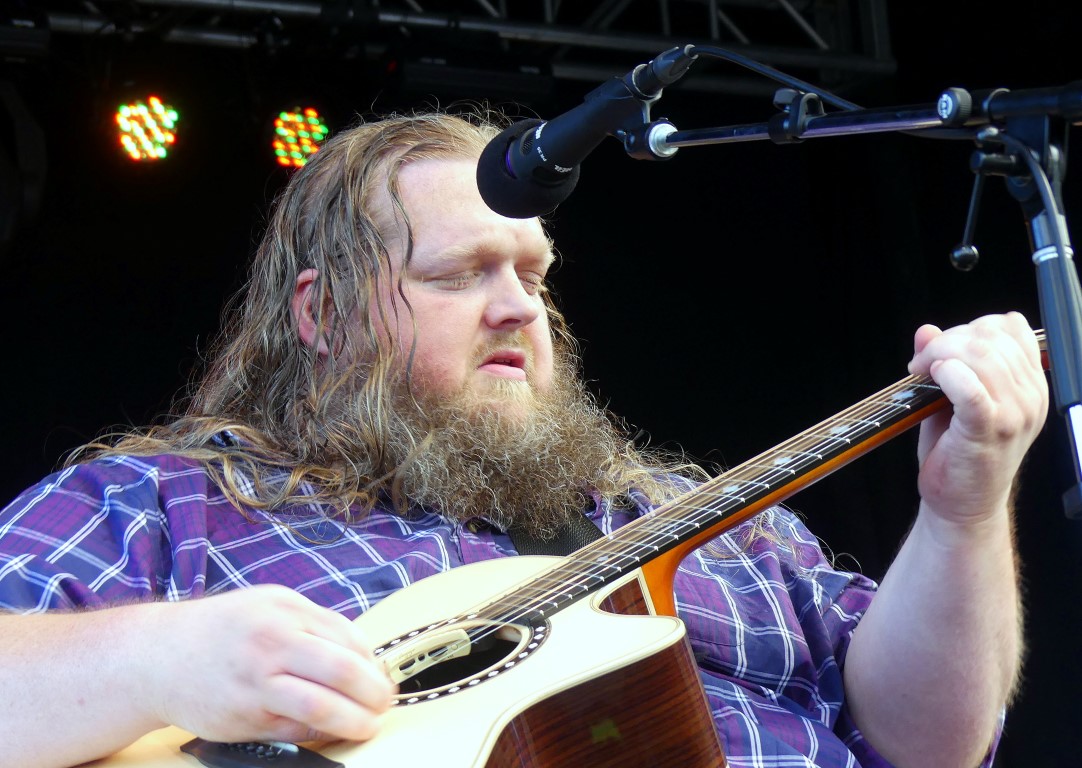 Dispatches from the 2022 Mariposa Folk Festival: ...