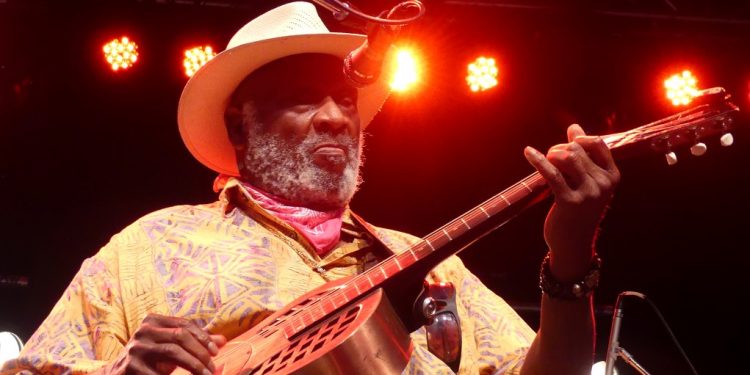 Although the forecast called for showers off and on on Saturday (July 9), the actual weather for the second day of the 2022 Vancouver Island MusicFest (VIMF) was a perfect temperature for listening to music.  This day felt very much like pre-COVID-19 MusicFests with all stages operating, and lots of people turned out to see the varied performances. We opted to catch the main concert stage to start with at 10 a.m., and the very first act was the Burying Ground. This Vancouver-based act plays country blues music, and what a great way to start the day. They have a terrific sound and song-writing that everyone can relate to. We stayed at the main concert stage for the next group as well – Roots and Grooves – which is another local band that had a varied act of sing-alongs and catchy music.

As with many moments at MusicFest, you wished you could to clone yourself, since we also wanted to see the collaborative First Nations session being held in a overlapping time slot at the Grierson Stage. This is something the MusicFest is known for, and this collection included all of the First Nations musicians at the 2022 VIMF. It was also to include a group from Konatal from Taiwan but they unfortunately got sick with COVID-19 and so couldn’t attend. But this All Tribes Together event was well received, and the Grierson Stage was standing room only for their performance. 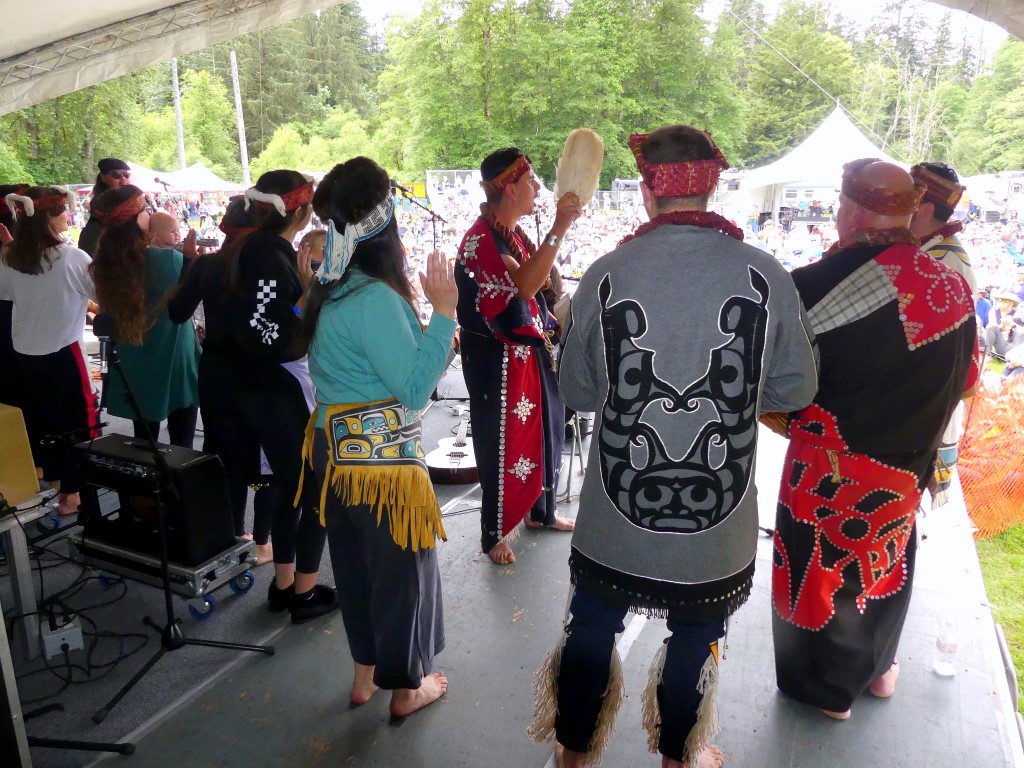 All Tribes Together. Photo by Keith and Heather Nicol.

We love the Grassy Knoll stage since it is more intimate, and we wanted to catch another local band from just up the road in Cumberland called Corwin Fox and Cumberland Brothers. We liked their combo of fiddle, guitar and banjo and were again impressed with what great talent lies in the Comox Valley. Another intimate stage is the Woodland Stage, and we wanted to see the only group from Newfoundland at this years VIMF, Quote the Raven. After living in Newfoundland for over 30 years before arriving in the Comox Valley, we have come to seek out East Coast Music. Quote the Raven won Newfoundland and Labrador’s 2019 Group of the Year award, and the duo is known for its smooth vocal harmonies. Again we wanted to be two places at once, so part way through their set we headed back to the main stage to catch a group from Chile called the Subhira Quintet. We liked their energetic sound, which featured flute, cello, violin, drums and piano.  With 19 albums to their credit, they symbolized Chile’s world music genre.

We then took at break at home for a couple of hours but returned to the main stage to catch John Boutte, Ferron and Taj Mahal. What a treat to see all these performers, but we especially enjoyed blues legend Taj Mahal. He is a multiple Grammy award winner, and we loved his varied music that has influences from Africa, the Caribbean, and of course, the American South. What a way to end our Saturday at MusicFest!  Congrats to the organizers for putting together such a varied lineup. For more information on the line up for Sunday’s shows see https://www.islandmusicfest.com/ 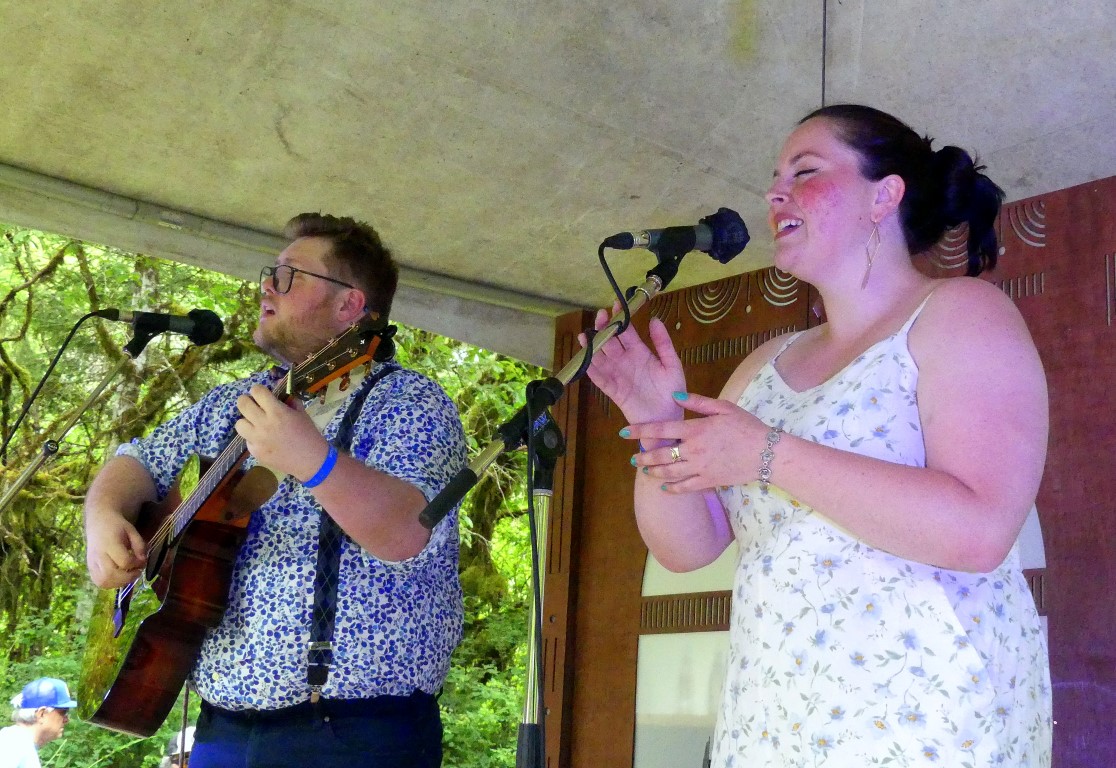 Quote the Raven. Photo by Keith and Heather Nicol.

Dispatches from a day at London’s Sunfest ...