Dispatches from the 2022 Vancouver Island Music Festival day one (Friday) 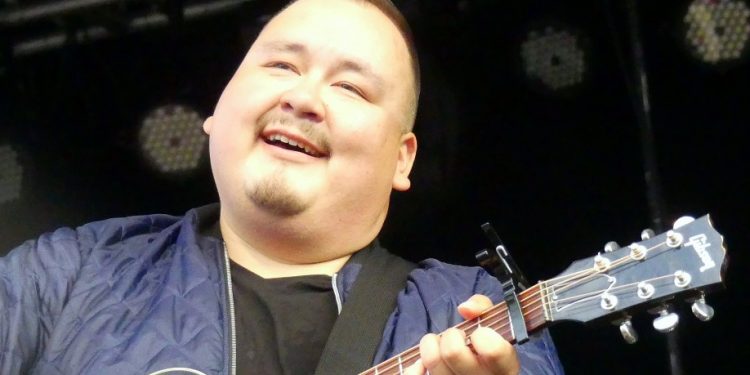 With a two-year pandemic break, we certainly did not know what to expect when we headed down on Friday , July 8 for the first evening of the 2022 Vancouver Island MusicFest (VIMF) . My brother and his wife are avid VIMF goers, and so after they arrived Victoria and we had a quick supper, we caught the last few songs of Jr. Gone Wild in the Concert Bowl. As we walked in the main concert bowl, we realized that with COVID-19 regulations lifted, everyone was interested in getting back to normal — hugging old friends and setting up their chairs for a night of music under the stars. The first evening usually has a wide variety of performers, and the same applied to this opening concert. Jr. Gone Wild is a rock band out of Edmonton, which broke up in 1995 but reunited in 2013 and has been going strong ever since.

Next up was William Prince who is an impressive new talent. This Juno award winner has an amazing voice and was rewarded with a standing ovation when he wrapped up his set. William won the Western Canadian Music Award for Aboriginal Artist of the Year in 2016 and is developing a large following of people who love his soulful folk music.

Next, the volume and tempo really picked up with the Nigerian band Femi Kuti and the Positive Force. Femi has performed all over the world and is at the forefront of Afrobeat music. 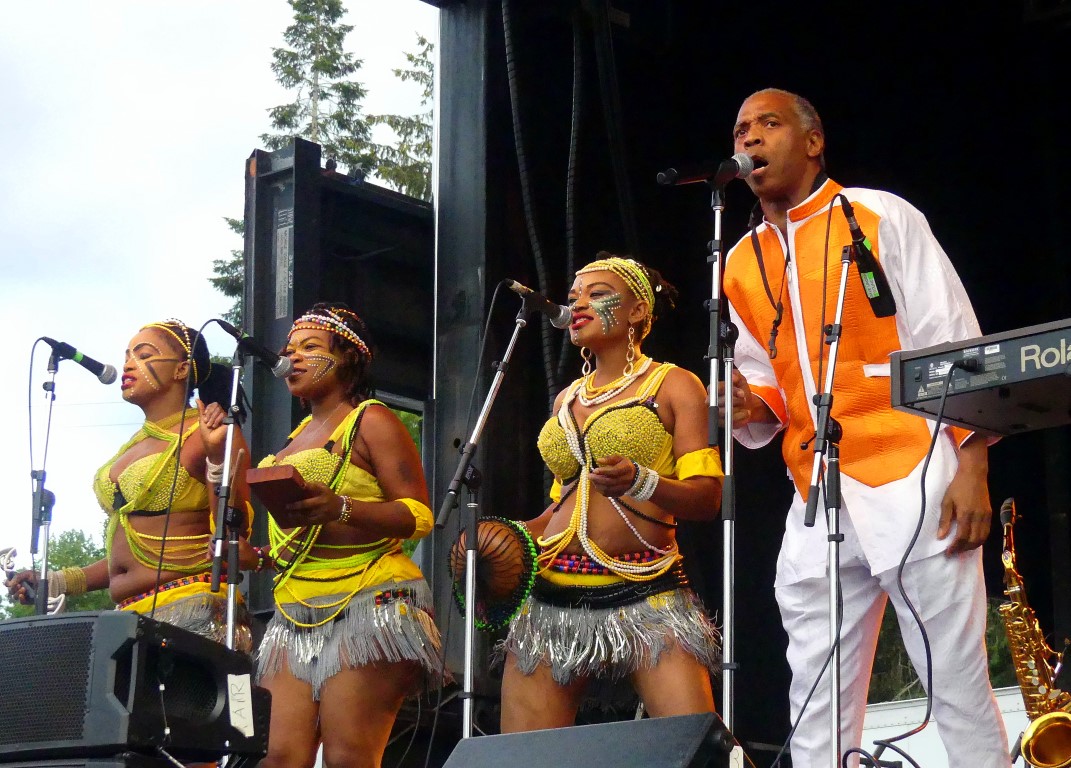 Femi Kuti and the Positive Force. Photo by Keith and Heather Nicol.

The last group of the evening was called Her Majesty, which is a huge gathering of the best blues musicians and singers in North America led by Shakura S’Aida. What a great start to 2022 VIMF.

The next two days will have all the regular stages going plus the main concert stage. We are looking forward to catching blues legend Taj Mahal on Saturday evening and seeing some performers on some of the small stages. So if you haven’t got your tickets, there are still some available. And the weather forecast looks perfect for taking in a festival – not too hot and not too cold. Festival  goers are also reminded that there are shuttles available to avoid congestion at the concert site. Shuttles will run from Comox Presbyterian Church at 725 Aspen Road in Comox and from the Driftwood Mall in Courtenay in 25 minute loops. Buses will run from 8:30 a.m. to 1:00 a.m. on both Saturday and Sunday and costs $4 one way. Kids under 12 ride free.

Also new for this year is an expanded liquor license, which means you can buy a beer and take it with you to the various venues. Off limits though are the Woodland and Crossroads Stages since organizers don’t want possible extra litter down by the Tsolum River. So check out the schedule and get other details at https://www.islandmusicfest.com/  See you at the show!! 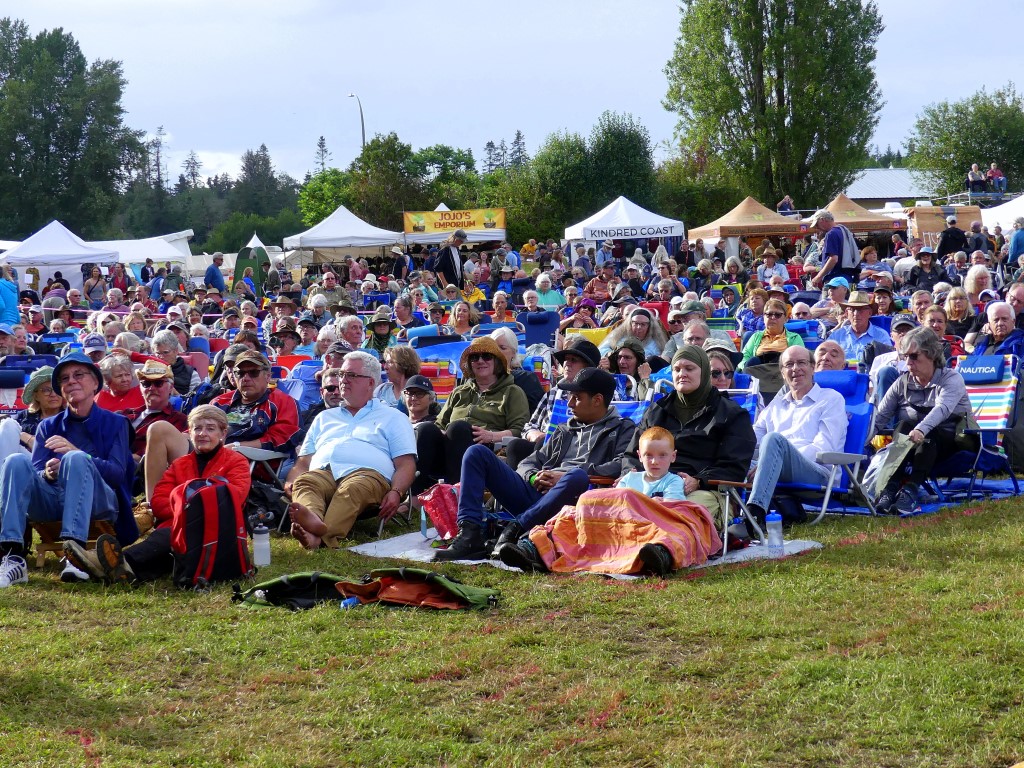 The crowd at the Vancouver Island Music Festival. Photo by Keith and Heather Nicol.