How bluesman Harrison Kennedy got inspired by the Canterbury Tales 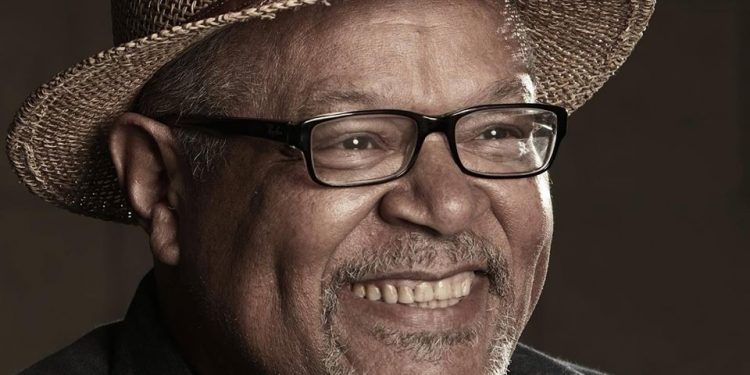 For over 600 years, Geoffrey Chaucer’s The Canterbury Tales has been regarded as a literary masterpiece from the pen of the most important English writer before the arrival of William Shakespeare. The book is a collection of stories told by a group of pilgrims on their way to the shrine of Saint Thomas à Beckett in Canterbury. The stories give modern readers an insight into medieval life from all social classes. For singer-songwriter Harrison Kennedy, The Canterbury Tales are an early version of the blues.

“When I was at university, I loved Chaucer. The Canterbury Tales remind me an awful lot of the blues,” he said from his Hamilton, ON home. “He’s travelling across the country and he’s talking about what he sees and what he experiences. To me that’s what blues and folk is all about. They intermingle that way.”

That life of travelling and telling stories has been a part of Harrison’s life since the late 60s, from his days in the hitmaking group The Chairmen Of The Board to his brand new album, Thanks For Tomorrow. But a life in music wasn’t what he had first planned for himself. The plan was to be a chemical engineer.

“I liked to study. I was a nerd. I liked school. I liked learning,” he explained. “I knew education was a way to make a living. I’m fascinated by learning. The music was just something I could do.”

While in university, Harrison started performing for the sole purpose of earning money to pay for his books as he was taking a double major in Chemistry and English. It just so happened that one night Eddie Holland of the legendary Motown songwriting team of Holland-Dozier-Holland was in the audience. The trio had left Motown Records to establish Invictus Records/Hot Wax Records and were looking for talent for their labels. In 1969, Harrison was combined with three other singers to form The Chairmen Of The Board, who went on to have a number of hit records, including the million-selling Give Me Just A Little More Time. By 1974, Harrison had left the group to pursue a solo career before returning home for a stint as a corporal in the Royal Hamilton Light Infantry followed by a career with Allied Chemical. Signed to Electro-Fi Records in 2007, what’s followed has been a string of acclaimed albums including the 2016 Juno Award-winning, This Is From Here.

Harrison’s new release, Thanks For Tomorrow, is once again a co-production with Jesse O’Brien and features contributions from Colin Linden, Gary Craig, John Dymond, Jimmy Bowskill and Ruthie Foster.

“Jesse and I got talking about this album a couple of years ago,” Harrison said. “Jesse and I would sit down, and I would say, ‘Play this kind of groove, that kind of groove,’ I sang some tunes that I wrote and he put the arrangement on it. We’ve probably got two or three records in his place right now, just looking to be finished up! We get together and tunes just happen with him.”

In a career that has touched a variety of musical styles from downhome acoustic to uptown funk, Harrison goes by one credo.

“I do anything that I believe,” he said. “If I believe it, I can do it. That’s everything from jazz to country to folk to funk to rock and roll. But it all has a soul feeling to it because my feeling comes from the church.”

Harrison’s exposure to music was found at home in a very special way.

“I grew up in a house where there was a lot of music,” he explains. “We were a ‘drink house.’ My mom would sell booze to the entertainers who were playing on Sunday and had no place to go. Duke Ellington was there. Lonnie Johnson, Dakota Staton, Billie Holiday. I never knew any of these people as being stars. I just thought everybody sounded like that!”

Growing up in Hamilton not only gave Harrison exposure to some amazing performers singing in his home, it also instilled in him a work ethic he still abides by to this day. Thanks in large part to his mother.

“She said, ‘I want to tell you something. The only place where success comes before work is in the dictionary.’ I never forgot that.”

Recently, Harrison was given a Lifetime Achievement Arts Award from the City of Hamilton, an honour he is deeply grateful for.

“I still can’t put it into words, man,” he said. “I’ve been [performing] for 65 years. I’m 80 now. To feel this way and to have this award come to me, this one sits right at the top. It’s so nice to see art being appreciated. I think there’s a misconception that it’s not hard work. It’s very hard. To be successful at it you just gotta keep going because there’s more failures than there are successes.”

For more on Harrison Kennedy, go to harrisonkennedy.ca.

Harrison Kennedy – Thanks for Tomorrow