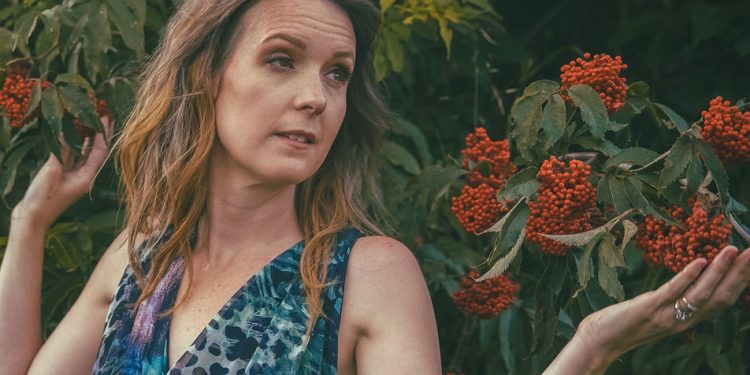 As anticipation builds for her forthcoming album, Barbed Wire Dreams, Andrea Nixon is sharing a new single, “Earthquake,” a song as emotionally devastating as its title suggests. Rooted in a swampy blues groove, “Earthquake” follows the previous two samples of Barbed Wire Dreams, “Outskirts” and “Blind Spot,” in showing off the Edmonton, AB singer-songwriter’s creative evolution since her acclaimed 2017 debut album Diary Of A Housewife.

When asked to describe the new single’s message Andrea said, “‘Earthquake’ is the transformative tale of a woman scorned. Written by a team that spans the continents and collaborated through COVID, I believe this song has a powerful story to tell and packs a pretty hefty musical punch.”

When it comes to writing, Andrea has never been one to fall back on clichés. And as an artist who believes that life and music are inseparable, Andrea’s aim is always to create positive change through her art and encourage others to find their own sense of power and connection.

At the heart of it all is Andrea’s irresistible voice, a vehicle she uses to boldly explore the landscape of heartache, angst, joy and humour with eyes wide open and heart in hand. Her work ethic and signature style have landed her appearances at the ACMA Awards’ Fan Fest, Rogers Hometown Hockey, CCMA and Canadian Music Week showcases, and opening slots for Jessica Mitchell and others.

With Barbed Wire Dreams, Andrea is poised to continue building on the success of Diary Of A Housewife, which spent 14 consecutive weeks on Earshot’s national Folk/Roots chart. At that time FYI Music News described her as “following in the footsteps of trailblazing artists such as Loretta Lynn and Dolly Parton,” and indeed, Andrea has managed to do all of this while raising her family and handling the responsibilities that come with being an independent recording artist.

It’s more than a lot of people could take on, but for Andrea Nixon it’s all part of her ultimate goal to spend her life connecting with others in that magical space found under cover of song.

Andrea Nixon’s “Earthquake” is available now on all digital platforms and at andreanixon.com.

How bluesman Harrison Kennedy got inspired by ...