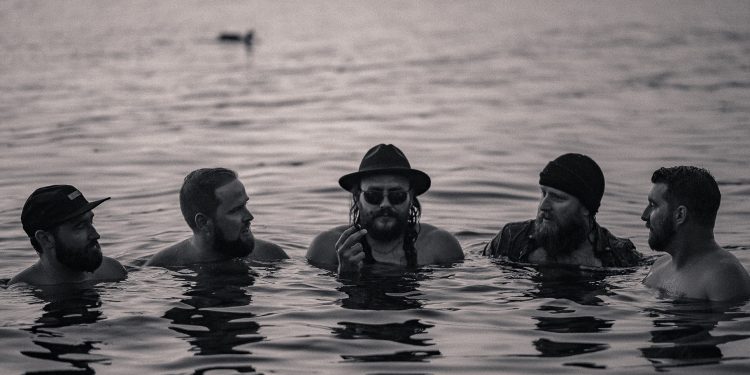 They launched it March 16 with a live performance at the Savoy Theatre in Glace Bay, NS, and we’re excited to present the never-before-seen video of that concert here on Roots Music Canada.

But this one was recorded in an A-frame lakeside cottage in Cape Breton with the help of producer and engineer Mark Howard, whose star-studded resume includes work with Bob Dylan, Willie Nelson, U2, Tom Waits, The Tragically Hip, Peter Gabriel and more.

Mark just happens to have relocated to Cape Breton, allowing Pretty Archie to take advantage of his skills without having to pay a hefty travel bill.

“Mark is very much about the vibe of the room, and this worked out perfectly,” said lead vocalist, songwriter and guitarist Brian Cathcart.

“We were in the house for two weeks, basically doing a song a day, and we did evening sessions that had a cooler relaxed feel.”

Describing the new album, Brian said, “It is more focused, even though you still can’t quite put a finger on it. For us, it definitely has way more of a country vibe. This record leans more towards alternative country or Americana, rather than the super commercial country out there.”

Pretty Archie has long been a regional favourite in Atlantic Canada, with a stack of Music Nova Scotia and East Coast Music Award nominations to its credit.

The band is now looking globally, and with Pretty Archie, it has an album ready for international prime time play.

Youngtree & The Blooms set to return ...