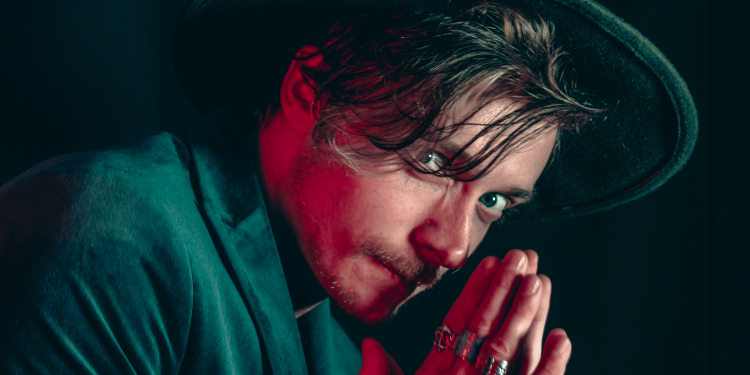 Youngtree & The Blooms are a fun, tight, hard-working band who can be counted on to liven up rooms and create pin-drop moments in equal measure. They’ve drawn comparisons to “late ‘60s Dylan and Gram Parsons” (Exclaim!) but labels fit them loosely, as their musical influences range from Patsy Cline to Wilco. It’s all there on the band’s new self-titled album, Youngtree & The Blooms, a nine-song collection that establishes front man Peter Youngtree as one of the most engaging new voices within the Americana scene. The album’s first single, “Heaven Ain’t A Lonely Road,” in particular is a melodic gem, with its ragged-but-right arrangement complementing Peter’s heart-swelling lyrics.

“This song is written for and about one of my earliest music mentors,” Peter explained. “I wrote it after a series of conversations we had while he was in the hospital awaiting a potentially life-saving procedure. Strangely, the song actually began a few weeks earlier in a dream. In the dream, I was sitting at the piano writing a song, and getting frustrated with the process. This same mentor, who I would visit in the hospital a few weeks later, was standing behind me saying, ‘Keep trying, it will come to you.’ I woke up with the song still playing in my head, with the lyrics ‘Don’t dwell too long or think too much’ ringing poignantly, and the chorus ‘Heaven ain’t a lonely road’ as clear as daylight in my mind. I jumped out of bed at 3am and ran downstairs to the piano and found the key, chords, and melody right there, made a brief recording, and returned to bed.

“The rest of the song would be written a few weeks later, after visiting my friend and mentor in the hospital. His attitude toward life and friendship was enlightening, and the immense gratitude he expressed to me and to all those around him was overwhelming and beautiful. I was inspired by him and knew that what he was expressing at that time was worth writing into a song. I wrote it all very quickly after that.”

Peter (Peter William Smith) was raised in a family of folk musicians in rural Newfoundland, where group sing-alongs were mandatory and records spun for hours each day. Inspired by ‘50s and ‘60s pop, and both traditional and contemporary singer-songwriters, Peter learned guitar and started writing songs at age 15, keeping them in a locked box and taking pains to make sure no one ever heard them. At age 17 he became the singer in a rock band, lying his way into bars to play to much older crowds, but still never sharing his original music.

At 22, after earning a psychology degree in Newfoundland, Peter took to the road, making a Kerouac-esque journey around the U.S. and Canada. Landing in Nashville, he was moved by the city’s energy to finally commit to sharing his music. He wrote two songs that afternoon (after narrowly escaping an assault from a man fresh out of jail) and debuted them on a downtown Nashville corner. When someone asked his name, he—for unknown reasons—replied “Peter Willie Youngtree,” and so adopted the Youngtree moniker. He returned to Newfoundland at 23 and continued writing and playing small house shows and organizing songwriters’ circles. But, ever yearning for something intangible, he left again and would spend his 24th birthday at a Buddhist monastery in New Mexico, where he lived for two months undergoing monastic training—a spiritual practice he deepened over the years and continues to this day.

Partly influenced by this practice, Peter finished a collection of songs that became his self-produced 2015 debut album, Country Hymns. He subsequently undertook four separate Canadian tours between 2015 and 2017 to support the album, and his efforts led to Country Hymns being long-listed for Newfoundland’s Borealis Music Prize, and being named Country Recording of the Year at the 2016 MusicNL awards. At the same time, Peter began performing with a band of professional Newfoundland musicians—Carole Bestvater, Joe Tucker, Chuck Boyd, and Darren Browne—billing themselves as Peter Willie Youngtree and The Blooms.

Following Peter’s final solo tour for Country Hymns and his first East Coast Music Awards showcase in 2017, he and The Blooms retreated to rural Newfoundland and spent four days working intensely with producer Chris Kirby (Matt Andersen) to make the first Youngtree & The Blooms album, Musical Chairs. Released in November 2018, Peter used the album to explore mortality and to reflect on early childhood experiences that shaped his life. His range of comedic, imaginative, and deep lyrics, paired with sometimes experimental folk-country arrangements, earned him the Ron Hynes SOCAN Songwriter of the Year award, along with a 2019 Music NL Award for Alternative Group of the Year. The track “Ten Million Ways to Decay” was named one of the Top 25 East Coast songs of 2018 by The East magazine. The band toured Atlantic Canada in 2019 to support Musical Chairs, showcased at the Breakout Stage at the ECMAs, and secured bookings for a 2020 Canadian tour, which unfortunately was squashed due to the pandemic.

In 2021, between lockdown orders, Youngtree & The Blooms began laying down material for Youngtree & The Blooms with co-producer Mark Feener. By then, The Blooms’ lineup shifted, with St. John’s session drummer Chris Donnelly playing on the record and former Hey Rosetta! bassist Josh Ward filling in on one of the album’s tracks. Building on the themes present in Musical Chairs, the songs on Youngtree & The Blooms explore notions of individuality, personal transformation, universal love and dark fantasy, while taking more chances musically with genre-bending instrumentation and arrangements.

Youngtree & The Blooms’ “Heaven Ain’t A Lonely Road” is available now on all digital platforms, and from pwyoungtree.com. Catch the band this summer!

See Youngtree and the Blooms live:

Elizabeth Szekeres gets us ready for this ...