Durham County Poets are “Back at the Groove Shack,’ with a new album and single 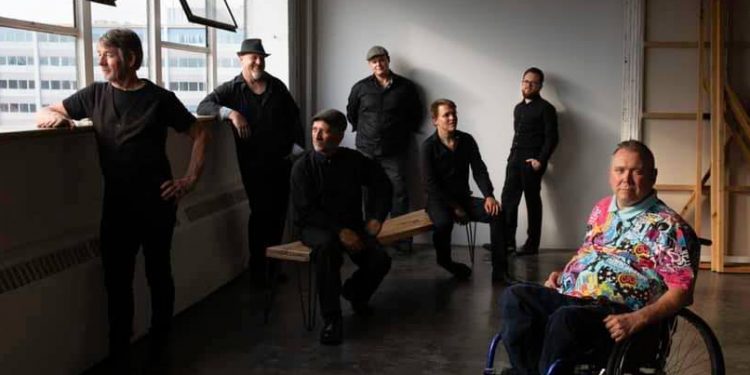 There’s no stopping anyone with the right attitude and some ambition, and for Canadian powerhouse blues band Durham County Poets, the drive to get “Back at the Groove Shack” after our pandemic pause is creatively evident with their soulful new album, Out of the Woods.

While we all hunkered down for the long haul of COVID, DCP lead vocalist and songwriter Kevin Harvey knew that the time was right to get working on new music that could have the power to uplift and inspire just when we all perhaps needed it the most.

“The idea was for it to be a positive, uplifting experience for all involved — creators and listeners,” noted Kevin.

The result of this experience? The band’s fifth album, Out of the Woods, produced by Bill Garrett; the smooth, funky, and smile-worthy title track is the lead single that introduces the new collection in both style and substance.

“Out of the Woods” takes us toward the light at the end of the tunnel, providing continuous, rhythmic reassurance that everything is indeed going to be alright.

“The number one inspiration for the single ‘Out of the Woods’ was my mother,” said Kevin. “She has always been a rock and the kind of mom that has the ability to set you straight! Get me off my high horse or kick my behind if I start feeling sorry for myself, and always with love.”

DCP has a lot to live up to after scoring a 2020 Juno nomination for Blues Album of the Year for their fourth record, Hand Me Down Blues and watching it stay on Roots Music Report’s Top 50 chart in Canada for more than 12 months. The album also received two Maple Blues Award nominations and a Canadian Folk Music Award nomination for Kevin Harvey.

While Kevin is the voice out front, Durham County Poets are a “band in the truest sense of the word,” he said.

“Every member writes and arranges and brings something unique to the table.”

“The guys in the band wrote songs that bolster that positive uplifting vibe; it’s peppered all over the album,” he said. “Even when the content is somewhat sobering and can be a tad weighty, the end result is relevance and beauty, and a bit of humour never hurt nobody either.”

Positivity, forward-thinking, and passion are the key drivers for bandleader Kevin, who has been in a wheelchair since 1981 after what he calls a “stupid accident.“ He sees it as just one experience among many in his life and will not allow it to define or confine him. With the grace of God, the collective power of the band, and the slowly changing views of society towards people with disabilities, DCP has been able to realize some of the hopes and aspirations they all have as musicians.

Bill Hurley of Extended Play Sessions once wrote, “There’s something about the Durham County Poets that leaves you feeling that everything might be OK in the world after all. There’s a human spirit that lives in these people, and their music is the medium that allows that spirit to roam free.”

In the coming months, the Durham County Poets will be sharing that spirit with enthralling performances, increasing their usual five-member line-up to seven with a horn section. They’ll be hitting stages throughout Québec and Ontario, and in the U.S. in New England and New York State. Visit durhamcountypoets.com for dates.

Elizabeth Szekeres gets us ready for this ...