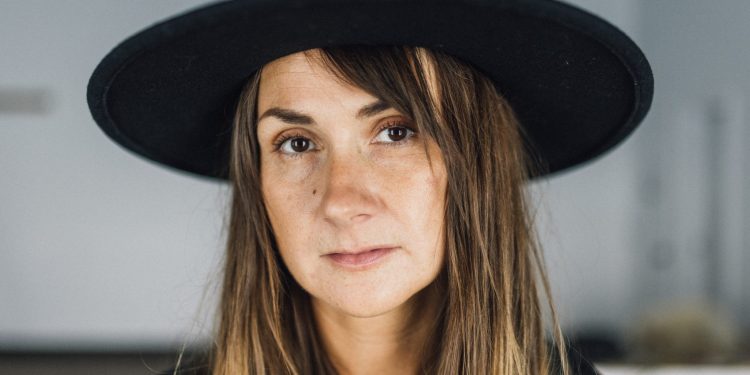 On her new single “Shaken,” Cynthia Hamar engages in an internal conversation about trauma. Over a subtly soulful musical backdrop, the Edmonton-based Americana artist conveys the struggle to let go of the pain in every heart-wrenching note delivered by her unmistakable voice.

“Shaken” is the initial taste of Cynthia’s new seven-song collection, Joint & Marrow, her first release with upstart Alberta label Neon Moon Records, due out in the fall of 2022. Working with a top-flight team of producers and musicians including Joel Schwartz (Jadea Kelly, Dione Taylor), Paul Johnston (Head of Recording at MacEwan University), keyboardist Chris Andrew and drummer Jamie Cooper, Cynthia unflinchingly draws from personal experiences to craft a record brimming with hard-earned wisdom, and how she has used it to raise her own children.

“My writing is stronger at this stage of my career,” Cynthia said. “I understand my strengths more, and feel less insecurity. I’m enjoying the process more than just trying to get it done. I love every song, and it took a long time working the kinks out through live performances prior to recording them. The musicianship and production is world class.”

Joint & Marrow continues to enhance Cynthia’s reputation for making hauntingly introspective songs rooted in her Métis heritage. Citing Buffy Sainte-Marie, Tom Waits and Feist as primary influences, she has performed across Canada through the VIA Rail Artists On Board program and had her music chart on stations throughout North America, attaining the #1 spot on the Indigenous Music Countdown.

Cynthia is currently completing a Bachelor of Music at MacEwan University (majoring in Recording and Production), something sure to continue fueling her passion for songwriting. Joint & Marrow is the first page in this new chapter of her creative life and one that is sure to significantly expand her audience.

Cynthia Hamar’s “Shaken” is available today on all digital platforms via Neon Moon Records and cynthiahamar.com.

Check out the super unique harmonies of ...