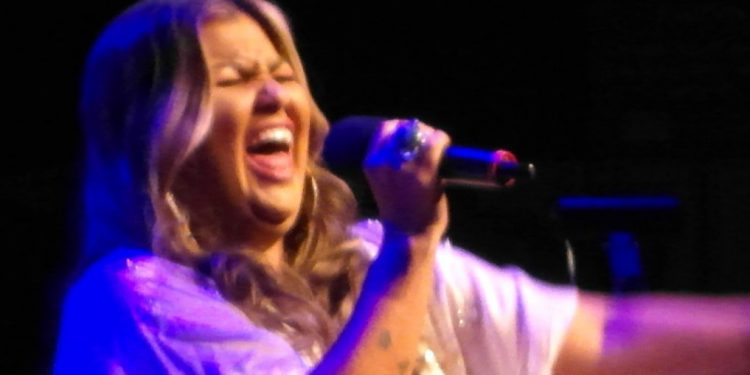 “Nobody from here grew up in the blues,” said singer Shakura S’Aida, after she was presented with the distinguished Blues With A Feeling Maple Blues Award at last night’s ceremony at Koerner Hall.

”You have only adopted the music.”

Her tone was not one of admonishment, but of clarity. Her speech was delivered just hours after the tenth annual Toronto Blues Summit’s first black keynote speaker, singer Diana Brathwaite, had also voiced a similar perspective, addressing the “different, unwritten laws” and “topics that are uncomfortable here,” and urging more inclusion of Black and Indigenous people in the Canadian blues infrastructure.

Bandleader Raoul Baneja, who has himself hosted and earned Maple Blues Awards, responded immediately on his Facebook wall, “Another really important speech of the Summit/MBAs from the (Blues With A Feeling) winner Shakura S’Aida. I hope it will be available for everyone to see as well as a crucially important keynote speech from Diana Braithwaite.( Here, speech begins at 68 minutes). We have here two Black women, pivotal to the Canadian blues scene telling us what we need to do and how to do it. Let’s do it!” 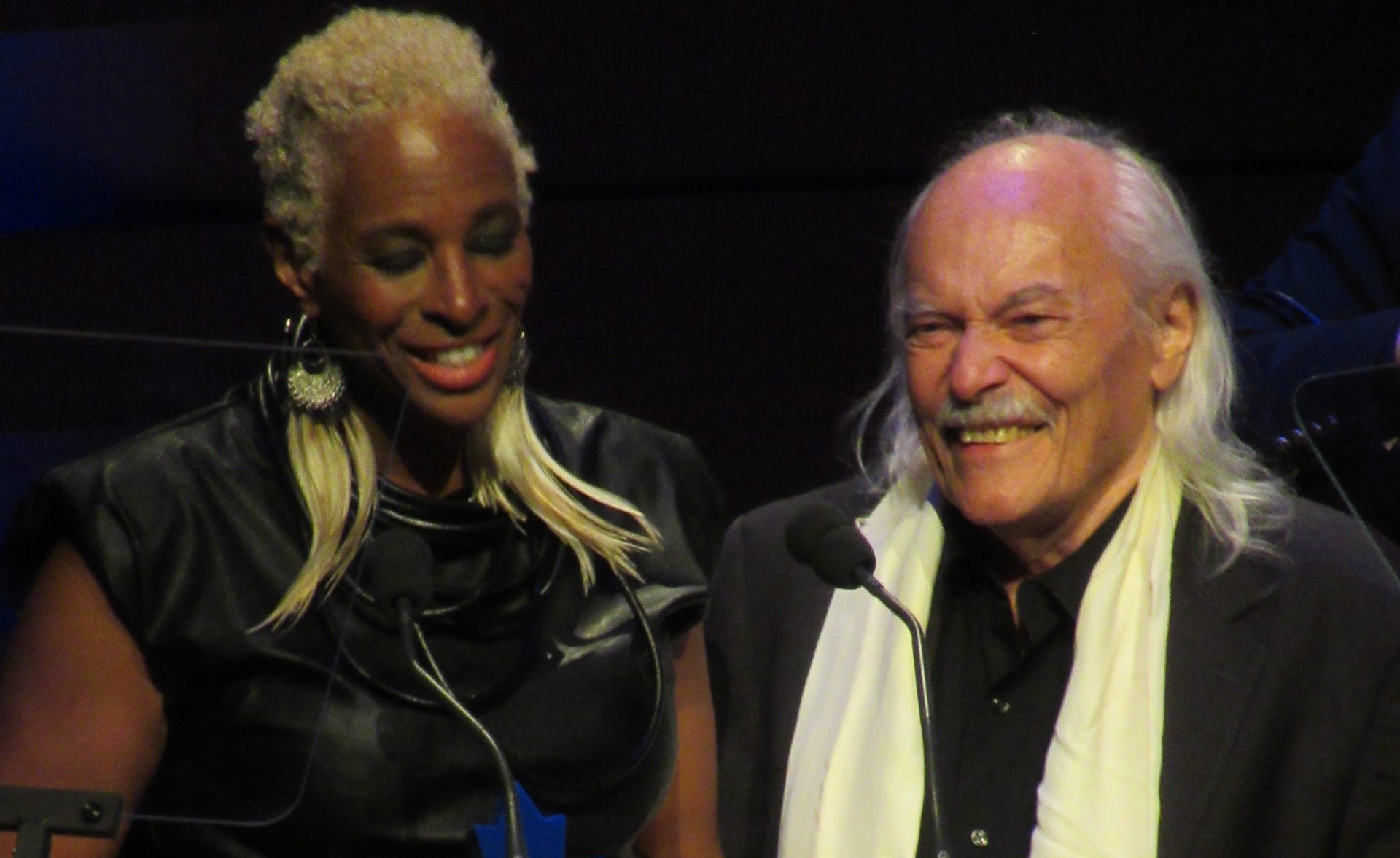 Shakura S’Aida and and Richard Flohil. Photo by David Hynes.

Their message overrides, without ignoring, the commitment of a community of men and women who have nurtured the blues in Canada by sacrificing “mortgages, marriages, meals and time,” as the co-winner of the Blues Booster award, Newfoundland’s Terry Parsons avowed. The awards show provided strong evidence of the obvious force of Black culture at work in the music.

Powerhouse Ottawa bassist/chanteuse Angelique Francis MC’d the event with ferocious dignity and enthusiasm, luminous in gowns of silver and gold, and proudly brought on the first performance of the night by T.O. blues patriarch Bobby Dean Blackburn, who roared up a rousing stormfront on the Hammond B3 organ. He commended the musical support for his performance by the perennial Maple Blues Band, an all-white ensemble that has finally added a talented Jamaican Humber grad, Roshane Wright, on percussion and a scorching trombonist, Meirion Kelly.

As awards were handed out, Colin James (on a live stream), Steve Marriner and Sue Foley began revolving through the expected procession of acceptance speeches for the multiple awards resulting from their hard work last year.

Shakura S’aida’s prize was the only one handed to a non-Caucasian artist, although applause in the hall surged upon announcements of popular nominees of colour – including Harrison Kennedy, Dawn Tyler Watson and Kingfish Ingram. 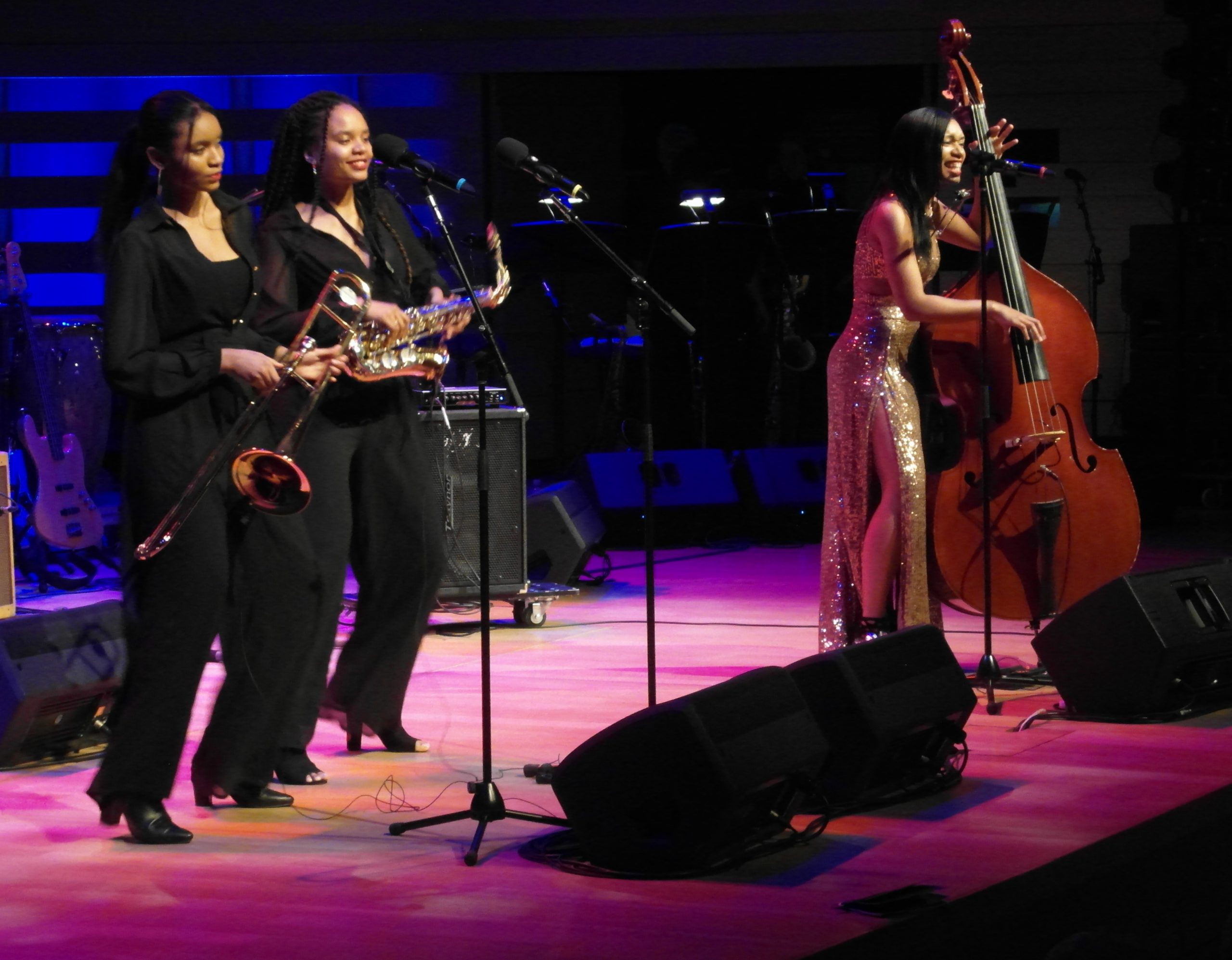 Angelique and the Francis Sisters. Photo by David Hynes.

Strong emotions were also felt throughout the room with the frequent mention of the influential legacy of recently deceased musicians Harpdog Brown and Big Rude Jake and broadcaster John Valenteyn. But the biggest jolts of the night, of course, came from the musical highlights – the excitement of performances by Crystal Shawanda, Sue Foley, Kat Danser – and our hostess Angelique Francis, with her two talented horn-slinging sisters, who electrified the hall. An unaccompanied solo by Horn Player of the Year prize-winner Alison Young, in particular brought a nexus of serenity to the proceedings. It felt at times like the thrill of the Women’s Blues Revue was back.

The Afterglow party in the lobby unleashed an ascending level of blues, hosted by Female Vocalist of the Year Miss Emily and a stellar band that created a true glow of harmony, reaching on into the evening with contributions from many of the attending nominees. Scarborough is not Chicago, and New Brunswick is not New Orleans. But the points made on the topic of those distances, on this night and at earlier Maple Blues Awards nights, need to be remembered and acted upon without, as Diana Braithwaite said, “feeling attacked, pushed out, or chastised. The blues experience of 50 years ago is not the one of today. We, Black people, own the blues. You do not want to own that story. Slavery is unique to that story. As soon as we begin to act, we can eliminate the competitive and unfriendly aspects, the fear and anger, that can hold us back.”

There was so much to applaud, and to consider on this very special night. Sincere thanks to the TBS and MBA. Let’s see how things have changed a year from now.

Check out the super unique harmonies of ...