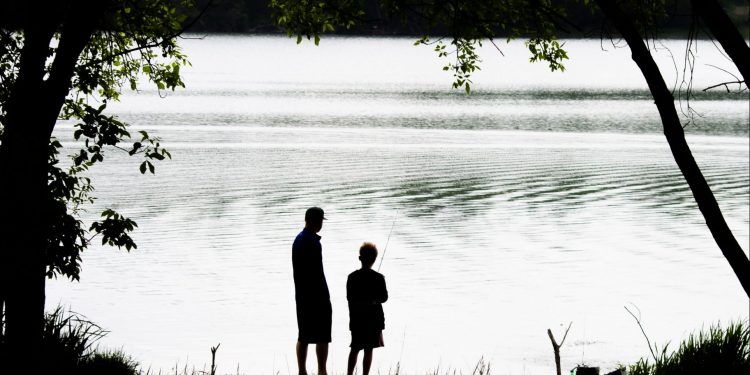 Photo by Jeffrey Hamiton for Unsplash.

Sunday is Father’s Day – not a holiday we typically associate with music.

But this year, I posted a note in the Roots Music Canada Facebook group to see if people knew of any Canadian roots songs written about dads.

Before I knew it, I had not just a sweet little collection of lovely little songs about fathers, but also a wonderful collection of lesser-known songs by some really terrific artists in the Canadian folk scene – songs that reveal a more intimate and personal side of these artists.

So Happy Father’s Day to the dads out there.

Jane Eamon – “Pieces of Me”

Jane’s dad died at the age of 90 in February of 2015, and for a long time, Jane struggled with being the only member of her family who wasn’t there when he passed.  But then this song popped out on Father’s Day 2018, and you might say it helped her heal.

Eve Goldberg – “One in a Million”

This tribute by Eve to her father describes experiences familiar to many, I suspect: warm childhood memories, a recognition of the imperfection of the parent-child relationship and ultimately, the feeling of having not said everything one should’ve done before it was too late.

Perhaps the only thing better than writing a song about your dad is singing a song your dad actually wrote.  That’s what Reid’s doing here on “Pappy’s Lullaby,” the song his dad sang to him as a kid.

Ben’s dad, Order of Canada-winning ceramic artist Jack Sures, passed away in 2018, and Ben penned this number as a tribute, a song about being the artistic son of an artistic dad.

Francine wrote this song for her father, who she describes as “a barber, snowmobile racing champion, race-car driver, ATV racer, Kingsmen Club president, expert fisherman and my DAD. Always there when I need him!”

Coco Méliès assure us that ‘Remorse Will ...