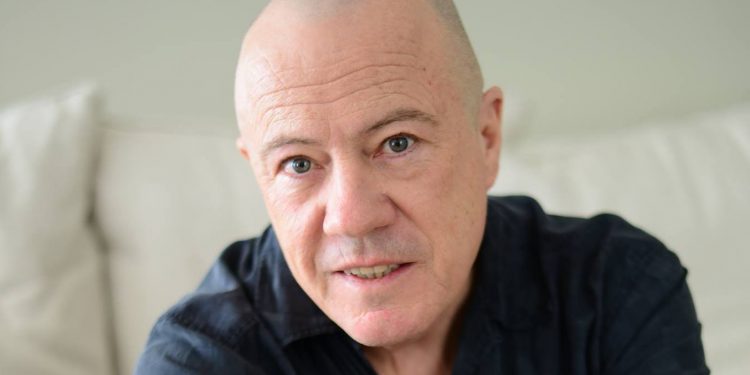 “Oh please!” said Ottawa singer-songwriter/guitarist Keith Glass. “In a way that was maybe kind of a godsend.”

Keith and his band had recorded demos of the songs that are now found on the new album, Different World.

“We could have just put out all of the tracks because we had really well-demoed almost all of the tunes,” he said. “We had really convincing versions of about seven tunes I would have been happy to put out, but they were done in dribs and drabs. Then the computer ate most of my homework and took that idea away permanently.”

In the end, Keith and his band put the album together using the preferred method of album production.

“Finally last Thanksgiving there was a hole in everybody’s schedule and [we] gave ourselves 24 hours to make this record,” Keith recalled. “We basically spent an evening and six or seven hours on a Saturday and recorded everything.”

Keith’s voice wasn’t quite up to snuff during these sessions so he re-recorded his vocals over a couple of days before there was another lockdown. Various overdubs were taken care of at home studios before Keith was able to mix and master at the original studio they used.

“Every artist out there probably has a similar story about ‘How I Made My COVID Record!'” he sad. “It’s a new world.”

Now that Different World has been released, Keith is happy with how it sounds – for the most part.

“I doubt there’s a musician who won’t tell you that once it’s done you say, ‘Yeah that’s great!’ and then about two days later it’s, ‘I wish I could re-do that part'” he said laughing. “My drummer has a great expression: ‘Perfection is the enemy of good.’ It was already really good but you had to go and beat it to death.”

Speaking of Keith’s drummer, Alistair Dennett is an old high school mate who’s played with Keith in various bands over the years including an early version of Prairie Oyster.

After high school Keith was in a bluegrass band that morphed into more of a country-rock sound, which became the genesis of Prairie Oyster, one of Canada’s most successful groups, winning six Juno awards and six CCMA awards and earning eight gold or platinum albums.

“Alistair fit in like a glove and played for the first three years of the band,” Keith said.

The music on Different World features a variety of textures, ranging from twangy country guitars to more jazzy sounds.

“Occasionally people have puzzled or questioned why that is with my music but the truth is I am simply the product of my youth,” Keith said. “I grew up with everything musically. We were the most spoiled with riches of a musical youth. In my infancy I remember listening to Elvis Presley, Arthur Godfrey and Bing Crosby. Then there was an atom bomb musically because of the British Invasion and the Beach Boys out of the States. If you think back to those days, there were no boundaries. You’d have Buck Owens’ ‘Tiger By The Tail’ at number seven on the CHUM Chart and at number four it was ‘Twist And Shout’ by the Beatles. It was an incredible breadth of musical styles.”

Growing up around Toronto, Keith was exposed the country-rock sounds coming out of the U.S. and the R&B grooves of local bands like Mandala, Bush and Shawne & Jay Jackson with the Majestics.

“I loved that stuff,” said Keith. “If you listen closely to Prairie Oyster you’ll hear all that stuff, especially in our early recordings. We were playing swing, blues, rockabilly, rock n’ roll-based stuff and honky tonk all thrown in there. So there was really no effort whatsoever in trying to ‘craft’ anything to be a certain way on the new album.”

For more information on Keith Glass and Different World, go to keithglassband.com.