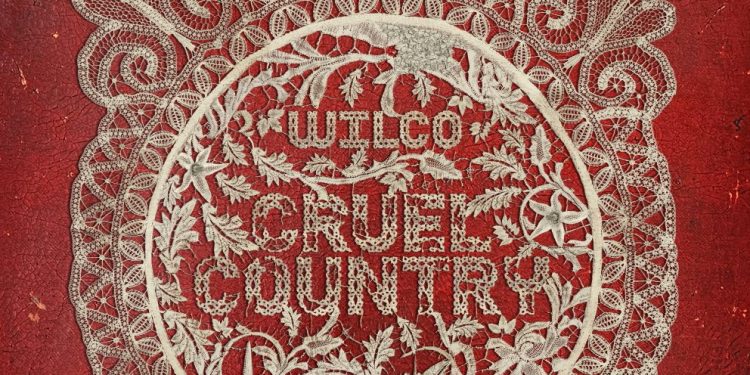 When it was announced that Wilco’s new album would be a return (at least in spirit) to their origins as a band that deconstructed country music from a post-punk perspective, it seemed cause for minor celebration for those of us who were there at the beginning, given that Wilco’s recent output has often seemed unfocused and deliberately iconoclastic.

But the Wilco that has made such Starbucks-friendly albums as Ode To Joy and The Whole Love is the only Wilco much of their current fan base knows. Fewer and fewer even recall that Jeff Tweedy began as the junior partner in Uncle Tupelo, the band that nearly singlehandedly launched the alt-country revolution in the mid-1990s. When Uncle Tupelo split, it was assumed that co-frontman Jay Farrar would excel without Tweedy, and indeed Farrar’s new group, Son Volt, came out of the gate with an instant classic debut album, Trace. For his part, Tweedy and the remaining Uncle Tupelo line-up formed Wilco and recorded the enjoyably ramshackle A.M., but most critics at the time were giving Son Volt the edge.

However, what ensued has to be considered one of the most startling transformations in rock history. As Son Volt soon settled into familiar musical approach, Tweedy—beginning with the 1996 double album Being There—found his voice, one that could convey heartbreaking observations on the human condition, along with an intrinsic grasp of American society that was perhaps only rivalled by giants such as Bob Dylan and Grateful Dead lyricist Robert Hunter. That came to the fore with Wilco’s 2001 album, Yankee Hotel Foxtrot, now generally accepted as the band’s masterpiece, and a defining statement on the 9/11 era.

Tweedy’s lyrical ambition fueled musical changes within the band, with its ever-expanding line-up continually adding more avant garde elements. Each subsequent album became a challenge to devoted listeners, with some efforts completely abandoning the rule book, like 2004’s A Ghost Is Born, and some finding some enjoyable middle ground, like 2007’s Sky Blue Sky. What it suggested was that Wilco, like Neil Young, had built an enviable following that, while it may not have always enjoyed the experimentation, at least acknowledged its artistic merit.

After 30-plus years though, no one could reasonably expect Tweedy to write songs as he did for Being There (much less A.M.), but with the new 21-track Cruel Country, there are at least inklings that things have come full circle. In a broad sense, the album’s overall theme, as encapsulated by its title, shows that Tweedy once again has impeccable timing in terms of having his finger on the pulse of the American psyche. For many, it is truly a cruel country, while for most others the inescapable daily churn of negativity has left them at best exhausted and at worst, utterly hopeless.

Dedicated listeners of country music made during the mid-20th Century will surely recognize a similar thematic connection, while conversely, there isn’t really much about Cruel Country that today’s mainstream country fans will relate to. Rather, the album more closely resembles the Mermaid Avenue sessions on which Tweedy and Billy Bragg composed new music for previously unpublished Woody Guthrie lyrics. The concept of that project marked a major turning point for Tweedy, as the challenge was to pay homage to Guthrie’s words and ideas while remaining musically engaging.

Those Mermaid Avenue echoes are apparent in the strum of Cruel Country’s opening track “I Am My Mother,” and lines like, “I did the math with a stick and the sand / I kicked the can into a dead end.” Tweedy’s voice is also more ragged than usual, although he rarely raises it, instead allowing it to blend in with the group’s overall sonic pastiche, captured live in the studio apparently for the first time in many years.

The soothing washes of pedal steel, and the delicate finger-picked guitar parts supplied by Wilco’s secret weapon Nels Cline—along with drummer Glenn Kotche’s Ringo-esque restraint—keeps everything tied together, even on Cruel Country’s most opaque moments, such as “The Empty Condor” and “Bird Without A Tail/Base Of My Skull.” At these points, it does feel as if Cruel Country threatens to veer off course, but with “Tired Of Taking It Out On You,” vintage Tweedy returns, offering a beautifully melodic bit of introspection that could have fit naturally onto Being There.

It sets the stage for Cruel Country’s second half, which easily ranks alongside the finest 40 minutes of music Wilco has ever recorded. Beginning with the eight-minute psychedelic piano ballad “Many Worlds,” Tweedy evokes the existentialism of Being There’s “Misunderstood.” The song’s narrator is older, yet no less disillusioned as he questions the meaning of existence. The band gradually builds behind him, conjuring the cosmic country sound most often credited to one of Tweedy’s earliest inspirations, Gram Parsons, but maintaining a grandeur that few bands today can recreate without the aid of digital technology.

There are unexpected moments of levity as well, most notably in “Falling Apart (Right Now),” a rollicking twangfest that sticks pretty close to the Bakersfield blueprint. “Country Song Upside Down” also hearkens back to Tweedy’s fascination with the songwriting process itself, which has often revealed itself throughout his body of work, dating back to “Acuff-Rose” from Uncle Tupelo’s Anodyne and “Someone Else’s Song” from A.M.

Tweedy’s skill at wordplay brings Cruel Country to a satisfying conclusion with the cleverly bittersweet “Sad Kind Of Way,” before making a final statement with “The Plains,” a brilliant encapsulation of the Midwestern mindset, highlighted by the line, “It’s hard to get used to feeling useful, when you never get over feeling used.” The track’s haunting sparseness provides Cruel Country’s perfect denouement, and perhaps the most cogent comment on the vast part of America that is so often ignored.

It leaves us with the obvious question, why is the country so cruel? Jeff Tweedy doesn’t have the answer, but with this collection of songs, he’s left future scholars with a possible road map toward finding one.