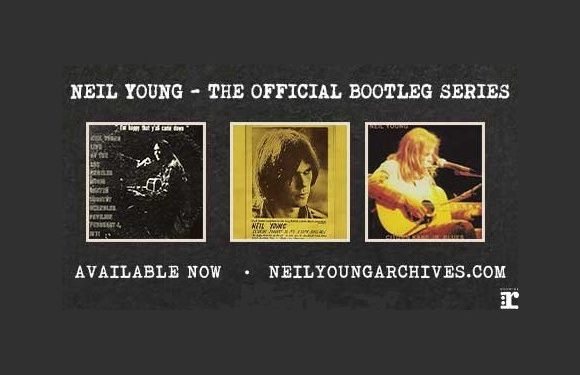 In early 1972, Neil Young was in a record store on Hollywood Boulevard in Los Angeles looking for a Bob Dylan album. While there, he found a bootleg LP of Crosby, Stills, Nash & Young and took this to the clerk.

“Wouldn’t it come out on the label?” asked Neil to the oblivious clerk. After a couple of minutes of heckling back and forth, Neil ultimately decided that he was going to take the bootleg saying, “This one here, I’m on it, and I’m gonna take it,” and after talking to the record store owner on the phone and paying for a candle he broke while attempting to leave the store, he left with the album under his arm.

Neil’s question of “wouldn’t it come out on the label?” has finally been answered. Fifty years later, Neil and the team at Neil Young Archives have decided to release The Official Bootleg Series; a collection of six limited edition “bootleg” LPs that date from 1970 to 1977. So far, four of the six LPs have been released, the most recent being Royce Hall 1971, Dorothy Chandler Pavilion 1971, and Citizen Kane Jr. Blues 1974. Both Royce Hall and Dorothy Chandler Pavilion were recorded during Neil’s Journey Through the Past solo tour in 1971 to support his album After the Gold Rush. Citizen Kane Jr. Blues was recorded at the Bottom Line, a small 400-person capacity bar in New York. The show, in which Ry Cooder proceeded, was a surprise for the audience. Most of the songs on Citizen Kane Jr. Blues were later featured on Neil’s studio album, On The Beach, which was released later that year.

With technology being so accessible, always advancing and easily portable, bootleg LPs have become an outdated trend of decades past. I suppose I have a touch of anemoia for the 1960s and 1970s, because these releases are the closest thing that I’ll ever have to purchasing a Neil Young bootleg—except potentially buying an overpriced one from a record store.

Dismissing the irony surrounding Neil and his loathing about bootleg albums, The Official Bootleg Series captures what it must have been like at one of Neil’s concerts in the 1970s. Despite his success in Crosby, Stills, Nash & Young and Buffalo Springfield, Neil was playing venues that had a maximum capacity of around 2,000, with the smallest venue being the Bottom Line. The albums capture the intimacy that Neil, even through awkward audience small talk, created. This is a theme that carries through The Official Bootleg Series thus far and has also been the theme in other live releases including Live at Massey Hall and Young Shakespeare.

When listening to these bootlegs, I immerse myself in the 1970s. I’m not sitting in my parents’ basement; rather it’s 1971, and I’m on campus at UCLA attending one of Neil’s concerts. 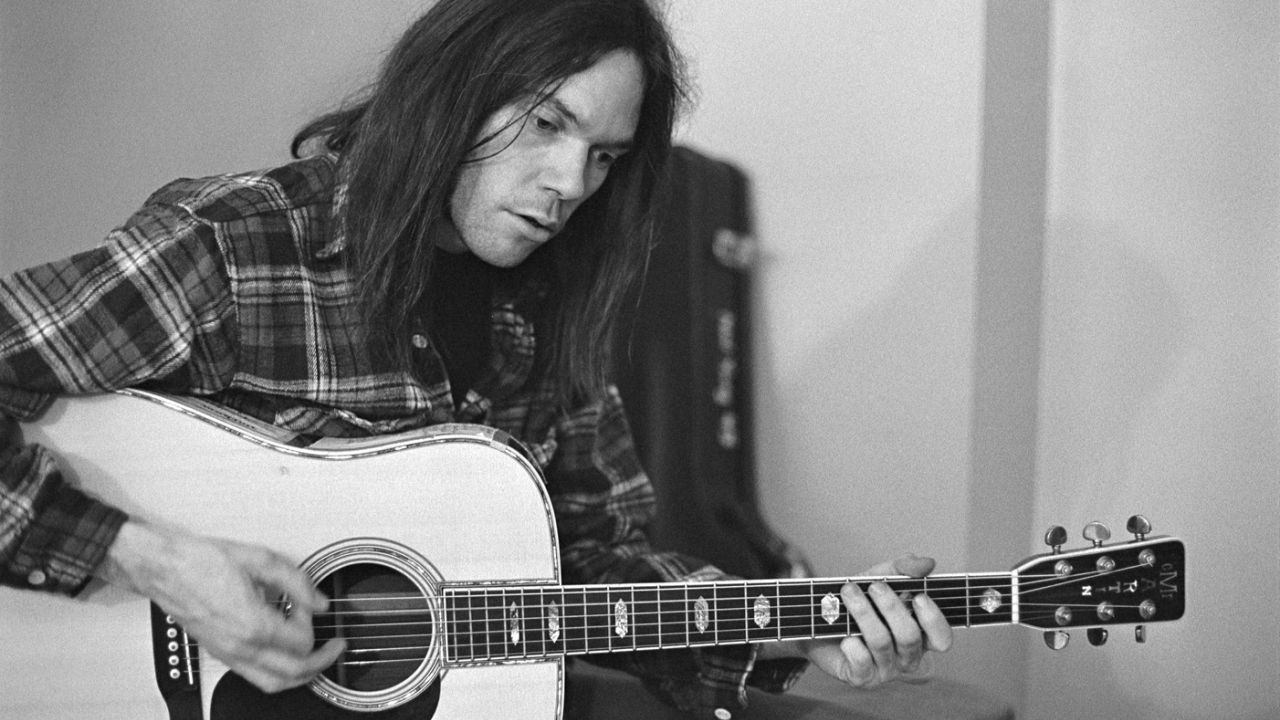 Before I get into this further, one of my favourite Neil Young songs is “A Man Needs a Maid”; I know, it’s quite controversial for a woman to state that one of her favourite songs is arguably one of his most questionable in terms of misogynistic lyrics, especially considering that when it was written, he wouldn’t even play it for his then girlfriend, Carrie Snodgress.

On Royce Hall, Neil mutters by way of an intro to the song, “This is a song, in all the songs I have—I have maybe two or three that I categorize as weird songs—this is the newest weird one I have.”

For a song that was just recently written and hadn’t been released on any album, this stripped down—compared to the album version from his 1972 album Harvest—delivered the raw emotions and venerableness that the song was intended to.

Personally, I favour the two albums from 1971. I must admit that I was never a die-hard fan of Neil’s 1974 album On The Beach; my perspective changed however once listening to Citizen Kane Jr. Blues. This acoustic show was recorded at the Bottom Line in New York in front of a sold-out crowd and featured songs that were to be released on On The Beach. After listening to Citizen Kane Jr. Blues, I went back and decided that I needed to give On The Beach a second chance; I’m glad I did.

The audio quality on Citizen Kane is the most reminiscent of a bootleg; not overmixed in a studio in an attempt to cover up mistakes made during the performance. It’s true to the sound of real bootleg LPs, which wouldn’t go over well if it was released as just a live album. But stick the “bootleg” label onto it, and bingo! You can get away with it.

Without the roughness of the audio at times, these releases would just be another Young Shakespeare or Live at Massey Hall. I’m paying enough money for the albums on vinyl—I want them to be as accurate as they can get them.

Touching on the accuracy of these releases, one of my favourite aspects of the series, other than the music, is the cover art—which took inspiration from circulated Neil bootlegs from the 1970s (as well as just a general/traditional style of bootleg LP covers.) Realistically, if the cover designs didn’t feature the colour-blocking and faded lettering typical of such bootlegs, these are just six more live albums to add to Neil’s vast discography.

I do have a bone to pick with whoever chose the shows to release. Royce Hall and Dorothy Chandler Pavilion have fundamentally the same track listing. The only difference between the two is that Royce Hall includes “Down by The River,” a Neil classic recorded by Neil Young & Crazy Horse in 1969 for the album Everybody Knows This Is Nowhere.

The albums were recorded within two days of each other during Neil’s Journey Through the Past Solo Tour.

But if the Neil Young Archives is going to market these as limited edition collector pieces, you’d think that they would release something rarer, like maybe an earlier show of his from 1968 post-Buffalo Springfield (something along the lines of Neil’s live album Sugar Mountain- Live At Canterbury House 1968) or something that isn’t on YouTube. Maybe pulling something from deep inside the archives vault would be more interesting than hearing the same version of “On the Way Home” over and over. 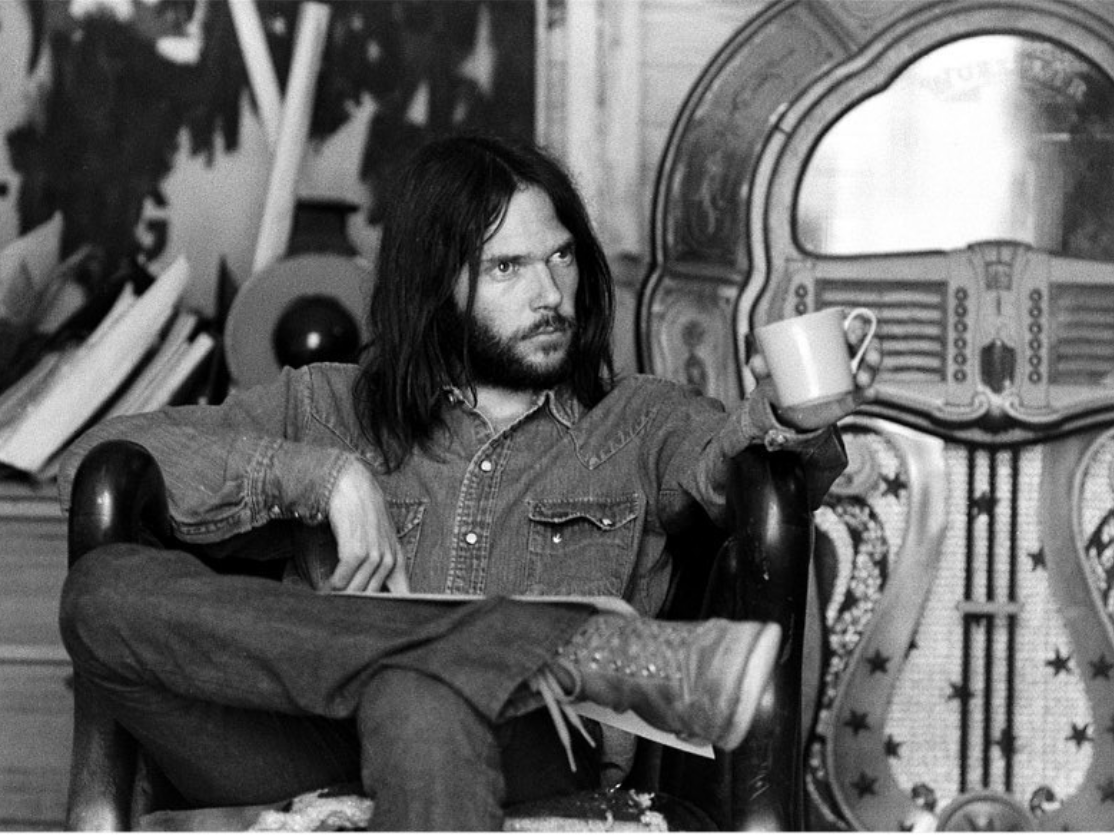 Being Canadian means that Neil is prominently featured on every classic rock radio station, with songs such as “Cinnamon Girl” and “Heart of Gold” in constant rotation. Neil is certainly one of those artists that you either love or hate. At first—to much disbelief—I didn’t like him. But over time, I found myself giving more credit to the Omemee native.

Whether you agree with his social and political stances expressed through his music and public statements is entirely up to you. However, I think that we should agree that The Official Bootleg Series is one of the most creative and interesting releases that Neil and the team at Neil Young Archives has released in a long time, despite the lingering irony from 1972.