The Redhill Valleys fulfill their promise on Travel Well Pt. 1 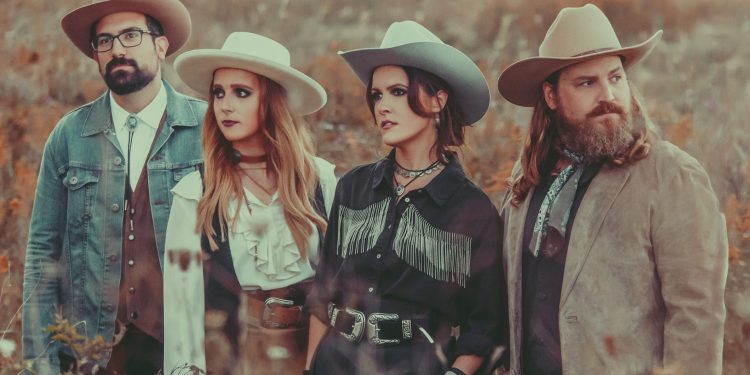 Since the release of their 2021 single “Finish Line,” Hamilton’s the Redhill Valleys have been tearing up the international Americana scene. The band is now starting to show its full potential with the release Travel Well Pt. 1, which includes “Finish Line,” its follow-up single, “Anymore,” and four more tracks that fully display the explosive fusion of rock and country that has built the Redhill Valleys’ stellar reputation both on stage and in the studio. Travel Well Pt. 1 is available now on all streaming services, including Apple Music, Amazon Music and Spotify.

Comprised of Tim Allard (guitar and vocals), Chelsea McWilliams (bass and vocals), Danielle Beaudin (guitar and vocals) and Matt Soliveri (drums and vocals), each of their songs reflects the personality and style of each band member, as well as their range of musical influences, from Neil Young, the Band and Tom Petty, to Lucinda Williams and Chris Stapleton, just to name a few.

Travel Well Pt. 1 was co-produced by Tim Allard and the band’s longtime mentor, Carl Jennings, with sessions taking place at various studios over the past six years, following the release of the Redhill Valleys’ self-titled debut album in 2016. Chelsea McWilliams said that the band experienced a lot of creative growth during that period, which she feels they were able to capture on the new songs.

“This is what the band has looked like and sounded like live for the past four or so years, so it’s exciting to have Travel Well represent that,” she explained. “Taking our time to make this record gave us the freedom to explore a much wider range of sounds, from soft ballads to grungy, bluesy rockers.”

The band is sharing Travel Well’s title track as their latest single, a song that Chelsea admited was directly inspired by a Tom Petty quote about how his favourite way to listen to music was while he was driving.

“That statement summarized how I’ve always felt about music from a young age,” she said. “When I would listen to music in the car, for some reason it always sounded better driving with the windows down. After living with just the song title for months, I sat down one day with a guitar and started writing the song with Tim’s voice in mind and the perspective of someone who has been weathered by a life on the road and being away from the one he loves. Naming the album Travel Well felt right too, because it really defines how we want these songs to be received by anyone who hears them. We hope the music and lyrics travel well and that they hold up during that windows-down listening experience.”

Since 2016, the Redhill Valleys have performed throughout Central and Eastern Canada at Boots and Hearts, Big Sky Music Festival, Cavendish Beach Music Festival, and Elora Riverfest, as well as making notable U.S. appearances in Nashville and elsewhere. They have also received many accolades, including from SiriusXM’s Top Of The Country, the Canadian Country Music Association Awards, and the Country Music Association of Ontario Awards.

Bridging country and rock in their own distinct way, The Redhill Valleys’ sound is truly something special, bringing a diverse crowd of music lovers together. The Redhill Valleys will be a part of this year’s Boots And Hearts Festival, Ottawa Bluesfest, and Cavendish Beach Festival, among other appearances. For a full schedule of dates, go to theredhillvalleys.com.