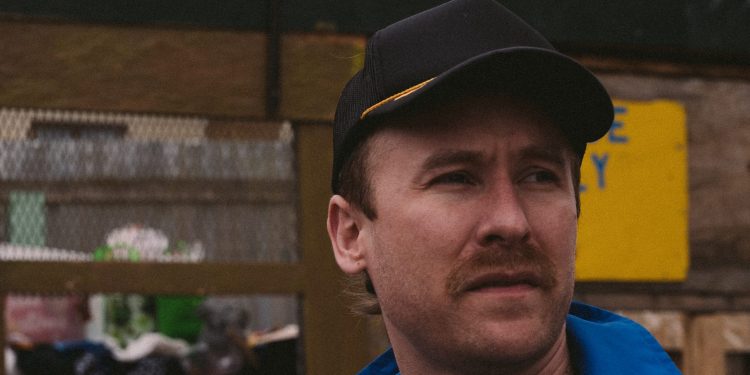 On first listen, Skinny Dyck may sound like a throwback to classic country artists of the 1950s and ‘60s, but get to know him a little better and it’s clear that he’s firmly part of the new generation of artists pushing country forward into the 21st Century.

The Lethbridge-based singer-songwriter makes further strides on his latest EP, Palace Waiting (out September 2022), which includes “In On The Upswing” and “TV Blue,” which are being released as a 7-inch single through Swedish label Sound Asleep Records. The new material follows up Skinny’s 2020 debut album, Get To Know Lonesome, which Exclaim! described as “packed with downtrodden, pedal steel-driven tracks.”

“Billy is a real traditionalist and a wealth of knowledge,” Skinny said. “I was once a full-on traditional country obsessive type, but my taste has expanded in recent years. I cringe at the ‘that’s not real country’ trope that pervades many a conversation related to genre. My thing requires keeping one foot in country music as well as one foot outside.”

Based on that premise, Skinny Dyck is poised to shake up the country music scene not only in Canada, but around the world with poetic flights of self-reflection and searing doubt, augmented by his own pedal steel work. Palace Waiting is a tray of tiny Campari soaked cocktails that can be drank swiftly or relished slowly for the depth of flavour.

Skinny Dyck’s 7-inch single “In On The Upswing” b/w “TV Blue” is available from soundasleeprecords.com as well as all streaming services and skinnydyck.com.

Who do you think should win the ...

The Redhill Valleys fulfill their promise on ...