How musicians got creative to record music during COVID lockdowns From blanket forts to cardboard boxes and even oversized dog crates, artists have found many creative ways to record music in their homes during the global pandemic.

And the transition has been a learning experience for many, judging by the comments of those who spoke with Roots Music Canada.

It can be challenging to make high-quality recordings in spaces that aren’t designed as recording studios because sound is known to bounce off hard surfaces like walls and windows creating unwanted reverb and echoes.  Homes are also filled with stray sounds from furnaces, air vents, barking dogs, screaming children and traffic on the street.

Musician Graham Lindsey advocated for musicians to use household items like pillows and blankets to absorb sound.

Graham himself recorded at night to avoid frequent street noise.

Jay Moonah, who recorded two albums in lockdown, created a sound booth using a box with some foam inside that he attached to a microphone stand. It is more cost-effective than the mini sound baffling systems that are available, he said. 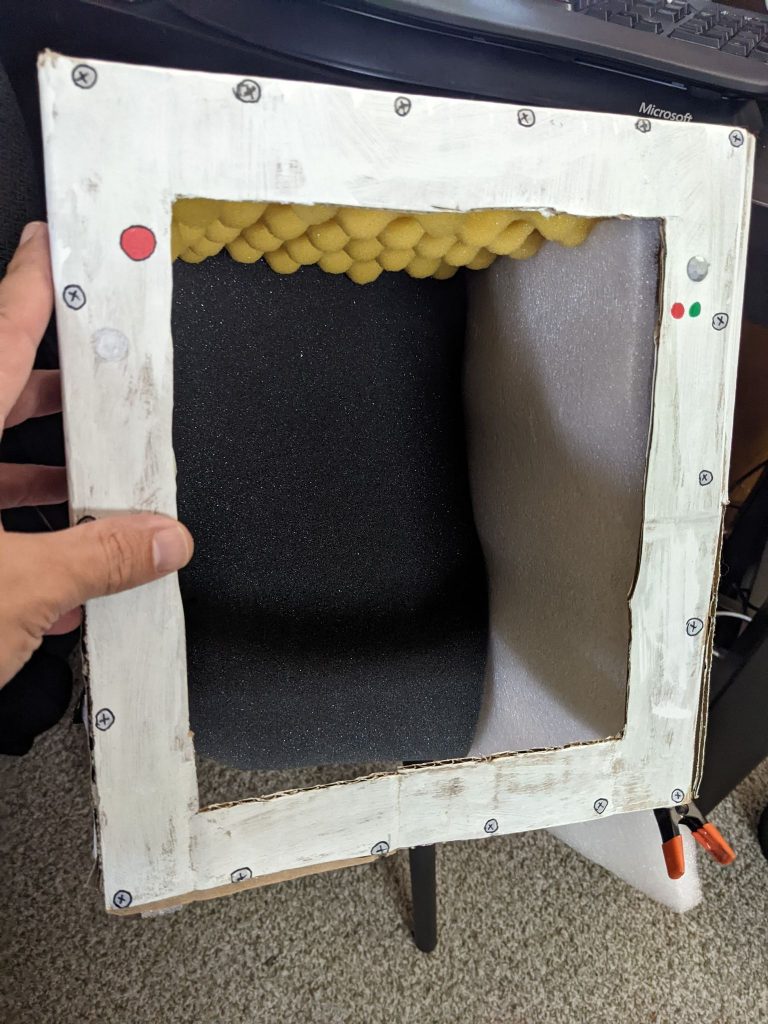 Although he is looking forward to returning to proper studios, his recording space has served him well over the last two years, he added.

It is significantly smaller than the average studio. It has a Windows computer, an audio interface, a microphone, and a place to hang his guitar. 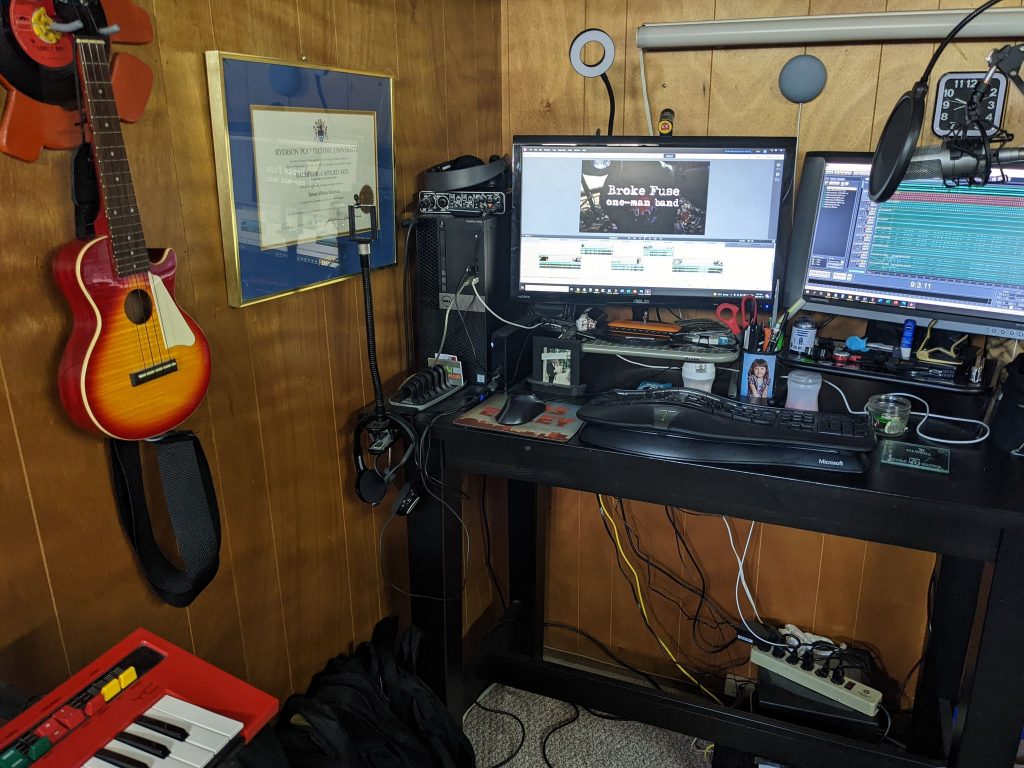 Singer-songwriter Bryce Thomas is part of a family of five plus three dogs. He set up his keyboard and laptop on an oversized dog crate in the basement. He recorded his vocals and instruments by tying his microphone stand to the crate. With this method, he was able to record his album, Across the Neuro Seas. 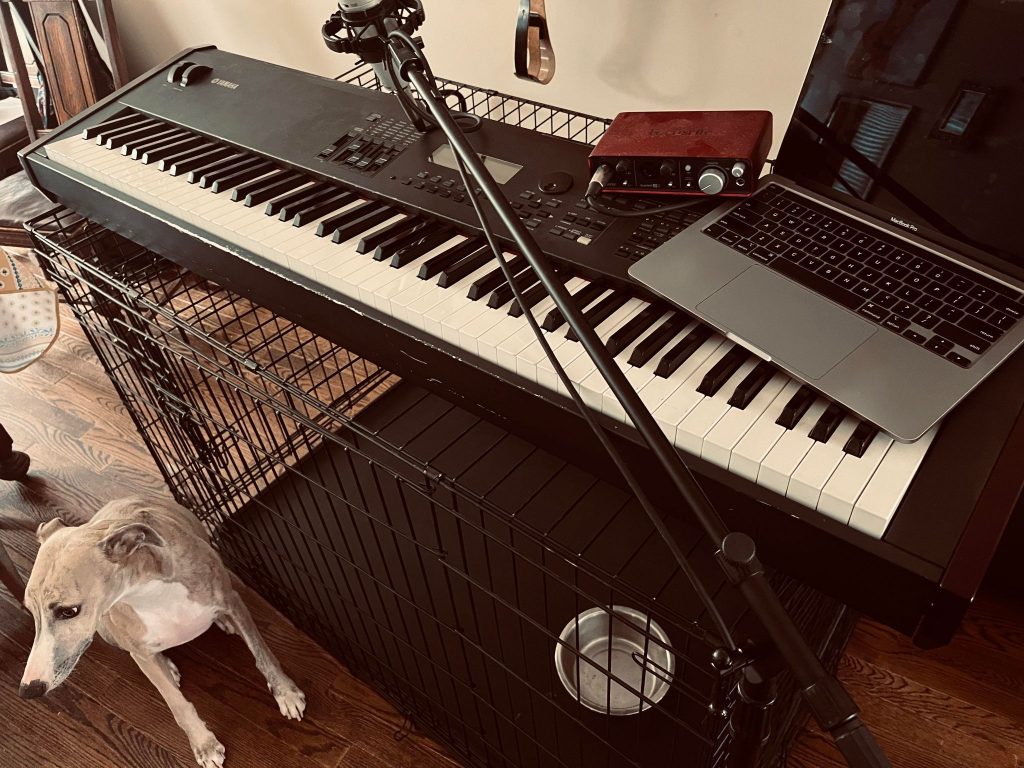 Some musicians have been able to open their studios to other artists during the pandemic.

Jayne Trimble runs a recording facility in her garage called World Peach Records. She opened it to other female artists as an alternative to studios that are typically run by men.

She plans to continue using the space, she said, even as studios reopen, and she was able to remotely record an album in collaboration with David James Allen in Prince Edward County.

She shared her experience with me.

“From the moment I walked in, I felt so welcomed by her,” Alissa said. “She made me a cup of tea, and we went into the space and had a conversation. We followed that with a breathing meditation, which I thought was super cool and really unique. I guess that was just a really cool way to settle deeper into the space and that’s something that I really value. It was almost like a spiritual aspect to the process.” 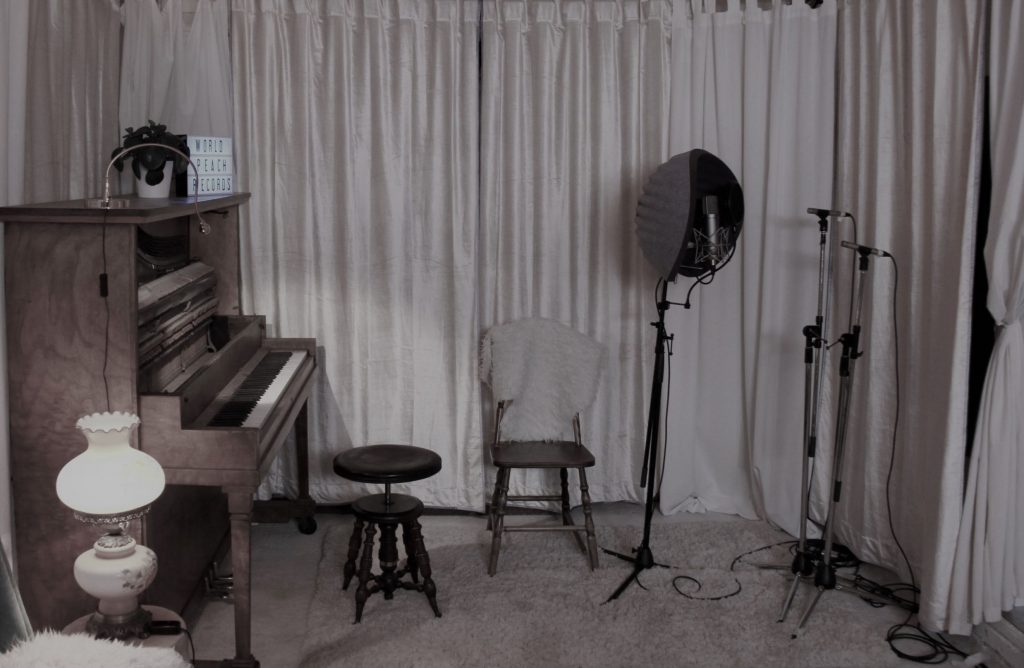 Not every artist had the opportunity to visit other home studios, but help was available virtually from seasoned musicians.

Steve Dawson runs a brick and mortar studio called the Henhouse in Nashville TN, but he created a virtual version, Henhouse Express, over the pandemic.

People would send in their vocal recordings, and within a week, there would be a band backing them, including drummer Gary Craig in Toronto and bass player Jeremy Holmes in Vancouver. Every Sunday, the band would meet with artists over Zoom and get a sense of what they wanted. The band would create their pieces and send them to Steve to mix. Virtually mixing music allows artists to create high-quality sounds without entering a proper studio.

Steve hopes to continue this form of work, he said, but added that it will be harder to find the time now that touring and in-person recording are resuming.

“It was pretty successful,” he said. “We had a bunch of people come in wanting songs done and we did that for a lot of songs for a lot of weeks.” 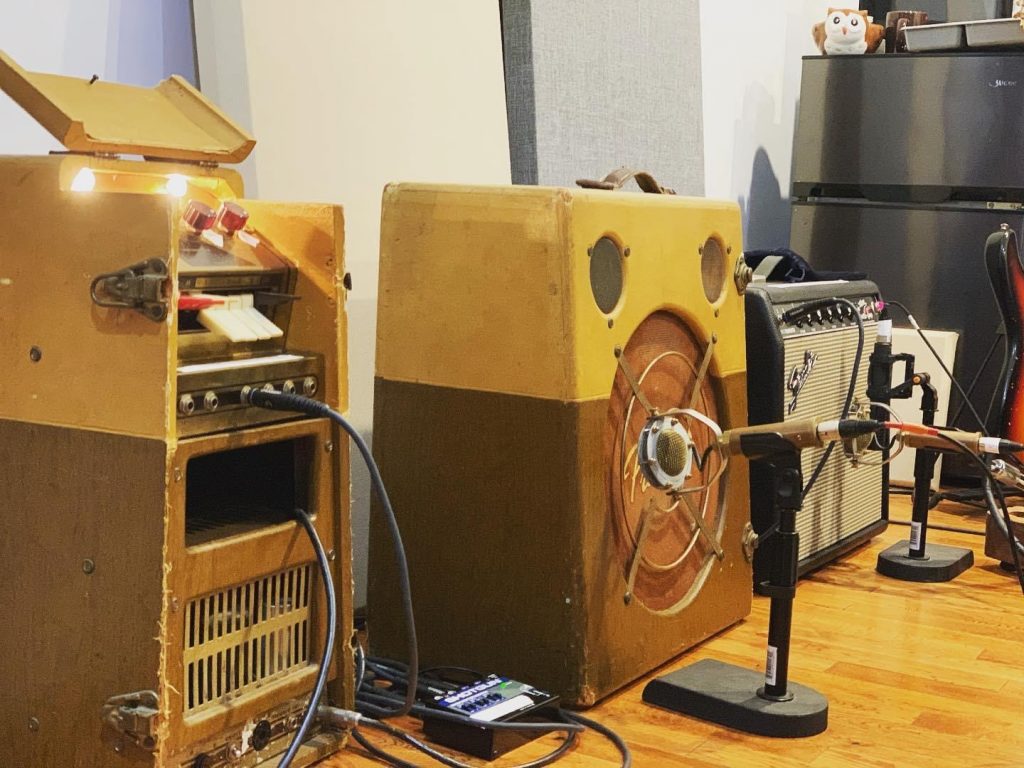 Some of Steve Dawson’s vintage gear.

No matter how much experience an artist has while recording from home, there will be challenges, the experts told me, but the pandemic has shown that making quality music with less-than-ideal equipment or space is possible.

“But what we can do with the home studios that everyone’s created is, whether it’s making full albums that are the final product, or whether it’s recording demos, I think that the last few years have really trained everybody to do a lot more of the groundwork.”

The artists I spoke to all seemed to have a special sense of community with one another and a willingness to help each other by connecting online and making music however they could.

I came away from my conversations with them sensing that they will continue to support each other after restrictions are completely lifted.

We need to talk about the Estelle ...

The Slocan Ramblers have a new bass ...