We need to talk about the Estelle Klein Award 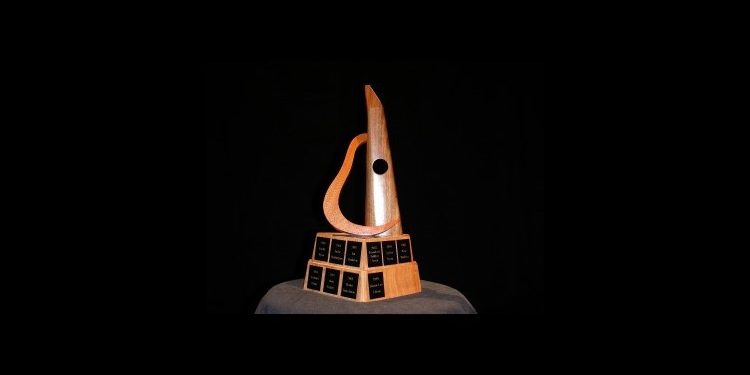 We’re getting toward the time of the year when Folk Music Ontario typically puts out a call for nominees for the Estelle Klein Award – and before it does that, I hope we can have a conversation.

FMO needs to reexamine how it chooses the winners of this award.

And no, this is not a slight against any of the past winners, all of whom are more than worthy of the honour.

In the case of FMO, that’s white southern Ontarians.

We need a system that befits the importance of this prize.

Full disclosure: I have a horse in this race.  Or at least I had one.

Two years ago, I rounded up a few fellow northwestern Ontarians, and we nominated Rodney Brown.

In fact, we did it two years running.

Some of you might be asking, “Who’s Rodney Brown?” And that illustrates my point.

How many people will vote for someone they’ve never heard of?

Ian Tamblyn – the only northwestern Ontarian to have ever received the award – wrote to former FMO executive director Alka Sharma documenting a conversation with an Estelle Klein voter who confessed to having not voted for Rodney precisely because they didn’t know who he was.

But that doesn’t mean Rodney isn’t as worthy as any other candidate.

You see, although he began his career as part of the field of nationally-touring, major-festival-playing singer-songwriters that included Stan Rogers and Murray McLaughlin, Rodney ultimately chose a different path for his career: he came home and created folk community in the northwest.

When I moved to Thunder Bay in 2014 and started telling people I worked in the folk scene, Rodney’s name was the first one that came up.

People remembered seeing him perform in their school.  He had performed with the symphony, he performed at rallies, he performed at local festivals, he was involved in projects about Thunder Bay history, he composed for local theatre, he created music with people with developmental disabilities and he travelled up to First Nations and played for them.

In the early days of the pandemic, he was performing on Facebook all the time, seldom playing his own songs or promoting his own albums, but frequently playing the Beatles, Lennon – whatever he thought people in the city might like to hear to help them survive the isolation.

He also contributed as an organizer, serving for years as the president of our AFM local, coordinating a labour choir and co-organizing the Summer Solstice Festival in the 70s.

In fact, Rodney has, for decades been a model of a career path that we are only just starting to talk about now in the context of the climate crisis: 100-mile arts, the concept of artists building multi-faceted careers close to home instead of touring far and wide by gas-powered vehicle.

Rodney, it could be argued, almost singlehandedly built folk music in northwestern Ontario.

That’s a pretty big contribution to folk music in Ontario if you ask me.

But Rodney so far has not been honoured with the prize that recognizes said contribution.

Nobody would dispute that Tannis Slimmon and Eve Goldberg, the two people who won the award the years we nominated Rodney, were worthy recipients.

Each of them could easily have secured the Estelle Klein Award on the strength of their own achievements as artists, mentors, organizers, business people, administrators and volunteers – without needing to benefit from a voting block stacked in their favour.

But hardworking, talented people are being overlooked by at least some voters because of that block.

And the whole popular vote thing is, in my opinion, cheapening the award.

“I also wrote [Alka] when I saw that nominees were posting their nomination of Facebook,” Ian told me. “To my mind this furthered the notion that this award is a popularity contest. I don’t think this is how the award was intended.”

Decisions about who receives this award need to be turned over to a board or committee that is required to thoroughly research each nominee so that nobody is voting based on name recognition.

Members of that committee should also be charged with studying the folk scene across the province and nominating other worthy individuals who may have been overlooked by the membership.

And we need to make it clear to everyone on the selection committee that there are many ways to contribute to folk music in Ontario, and the value of one’s contribution cannot be judged by popularity, fame or commercial success alone.

It’s not just about communities defined by geography.  It’s also about the communities historically marginalized in our midst.

Estelle Klein herself created space to recognize a wide array of artists from different backgrounds.

In her spirit, we need to cast our nets wide in finding those to honour in her name.

How musicians got creative to record music ...