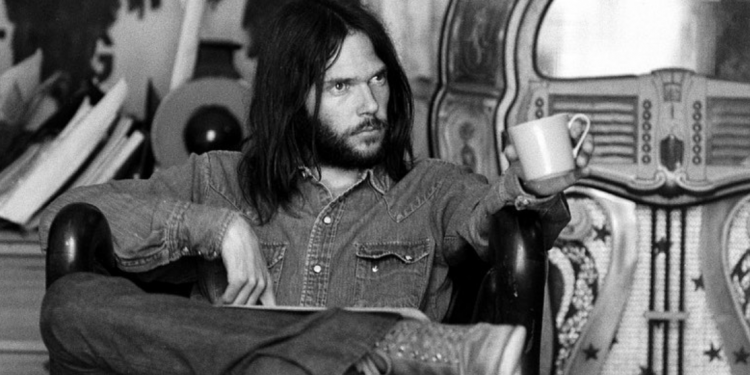 It’s a good time to be a Neil Young fan. Since the 2009 launch of his Archives project, each ensuing year has unearthed new live and studio recordings. Throughout his 50-plus year career, he has added revealing new perspectives on his famously mercurial creative process.

Along with the Performance Series, which encompasses 15 releases, Neil recently announced a further Official Bootleg Series aiming to share unauthorized recordings long treasured by fans using high-quality sources. Unlike some of his peers, Neil has been an outspoken opponent of bootlegs, but now he has found the technical ability to share his bottomless catalogue. It’s been a challenge for die-hards to keep up with all the music he’s been offering—on top of great new stuff like Barn from late last year.

On May 6, three new titles in the Official Bootleg Series came out simultaneously on digital and CD (with vinyl to follow), so it seems like a good time to get you caught up. Get more information from neilyoungarchives.com. 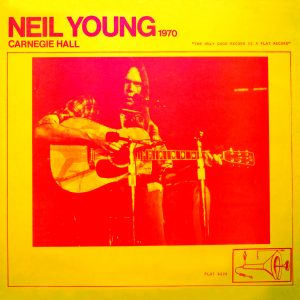 Most of the releases in the series so far—and a good portion of the Performance Series—have focused on Neil’s solo acoustic tour of late 1970 and early 1971. There are many good reasons: First, it was his first major solo tour following the dual success of After The Gold Rush and CSNY’s Déjà Vu. Because of this, he was able to sell out prestigious theatres in most cities, resulting in top-notch recordings in front of audiences. Second, by this point, Neil had fully matured as a solo performer and was in the midst of one of his most dynamic songwriting periods. He turned out material that would appear on his 1972 commercial breakthrough, Harvest, with other subsequent albums. Carnegie Hall captures Neil’s first appearance at the hallowed New York venue on Dec. 4, 1970, and finds him running through a marathon 22-song set. When the tour resumed in the new year, the marathon set was trimmed down, and emotionally charged songs like “Expecting To Fly” and “Nowadays Clancy Can’t Even Sing,” rarely played again, giving this package added weight. 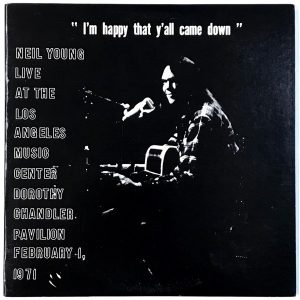 Originally one of the notorious vinyl sets Neil railed against, this widely loved recording from the Dorothy Chandler Pavilion in Los Angeles on Feb. 1, 1971, can now be heard without the skips and crackles. As mentioned above, Neil had settled upon a standard 15-song setlist, incorporating a lot of material that would appear on Harvest. Those who have the Massey Hall title from the Performance Series—which I consider to be Young’s greatest live solo recording—will be familiar with its structure. Part of the fun in listening to these 1971 shows is putting yourself in the place of an audience member hearing “Old Man” and “Heart Of Gold” for the first time. It’s also easy to forget that, although he is known for his harmonica playing as much as Bob Dylan is, Neil didn’t formally add the instrument to his sonic palette until he wrote “Heart Of Gold.” 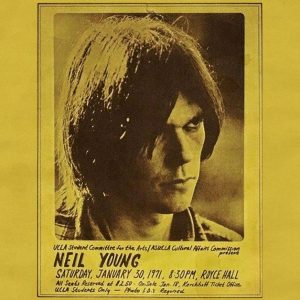 Recorded two days before the Dorothy Chandler Pavilion show, this performance at UCLA’s Royce Hall contains virtually the same set of songs. This time, the atmosphere gives it an even more intimate quality. Neil seems fully aware of the pin-drop acoustics as well, and he pours everything he has into stunning versions of “Ohio” and “See The Sky About To Rain,” the latter not officially heard until 1974’s On The Beach. But what makes Royce Hall extra special is that it’s the source of “The Needle And The Damage Done” that appeared on Harvest and “Love In Mind,” which Young included on 1973’s Time Fades Away. To hear these songs in the context of the concert is a revelation. Neil’s awkwardly humorous between-song banter adds more insight into their origins. 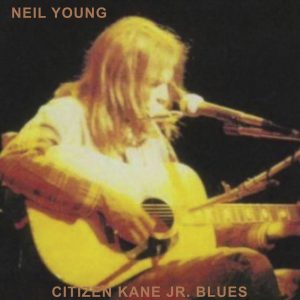 When Neil first announced Archives, many fans assumed that his surprise set at the Bottom Line on May 16, 1974, in New York, would be included. Archives is necessary for even casual Neil Young collectors because of the one-time-only performances. It has nearly all the songs from On The Beach, with the epic “Pushed It Over The End” that would be played on CSNY’s 1974 reunion tour, and a magical version of “Helpless.” There is also a one-off attempt at the traditional “Greensleeves”—with lyrics—and a poignant debut of “Pardon My Heart,” which would appear on 1975’s Zuma. Again, the reaction of the small crowd to hearing these songs for the first time is often surprising; for example, there are more than a few laughs as he plays “Long May You Run” after introducing it as a song about his car. But overall, this is one of the most important documents of Neil’s transitional mid-‘70s period. He would emerge with a reconstituted Crazy Horse and adapt his sound to arenas and stadiums around the world.

As of now, at least two more releases are scheduled for the Official Bootleg Series: A recording from The Rainbow Theatre in London from the controversial 1973 Tonight’s The Night tour. The second is a collection of recordings from Neil’s summer 1977 California club tour with a pick-up band known as the Ducks. The tour set the stage for Rust Never Sleeps the following year. Until the release, there’s plenty of music to digest in the era of Neil Young’s career.

We need to talk about the Estelle ...