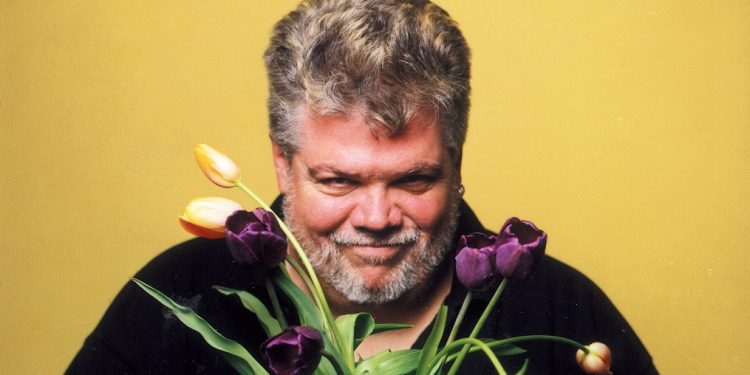 In the ICU of Toronto Western

But it is also beautiful

I have had a good run

I’ve loved most everything about it

To my friends, I really do love you all

So wrote Michael Wrycraft on Facebook on May 5, his final farewell composed like a piece of poetry from a man already renowned for his art.

One by one, more than 850 of us responded in the comments section with love, memories, and farewell messages.

He remained lucid for several days afterwards – long enough to have had the chance to read all of them.

And then he wasn’t. 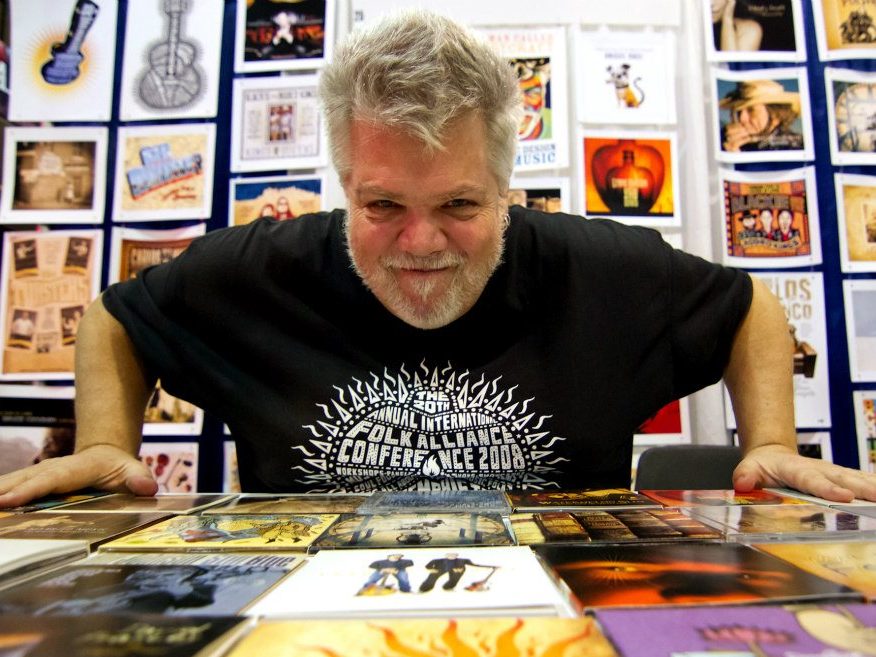 “The outpouring on social media over the last week has been a tribute to the hundreds of friends he has, the admiration that we all have for him as a person but also for him as an artist,” said legendary music publicist and long-time friend of Michael’s Richard Flohil over the phone on Monday night.

Michael’s passing came at 3:56 a.m. in the midst of Sunday night’s lunar eclipse.

Born in Toronto on Oct. 15, 1956, Michael developed a passion for magic and performed on radio and TV as a teenager.

In 1976, he appeared on CBC’s Morningside for the 50th anniversary of Houdini’s death.

He briefly parlayed his performance skills into a career as a comedian, opening shows and later seconding for Yuk Yuks in the early ‘80s.

He also did a stint with the C Channel, one of Canada’s first Pay TV channels, teaching magic tricks to viewers in the breaks between programs. 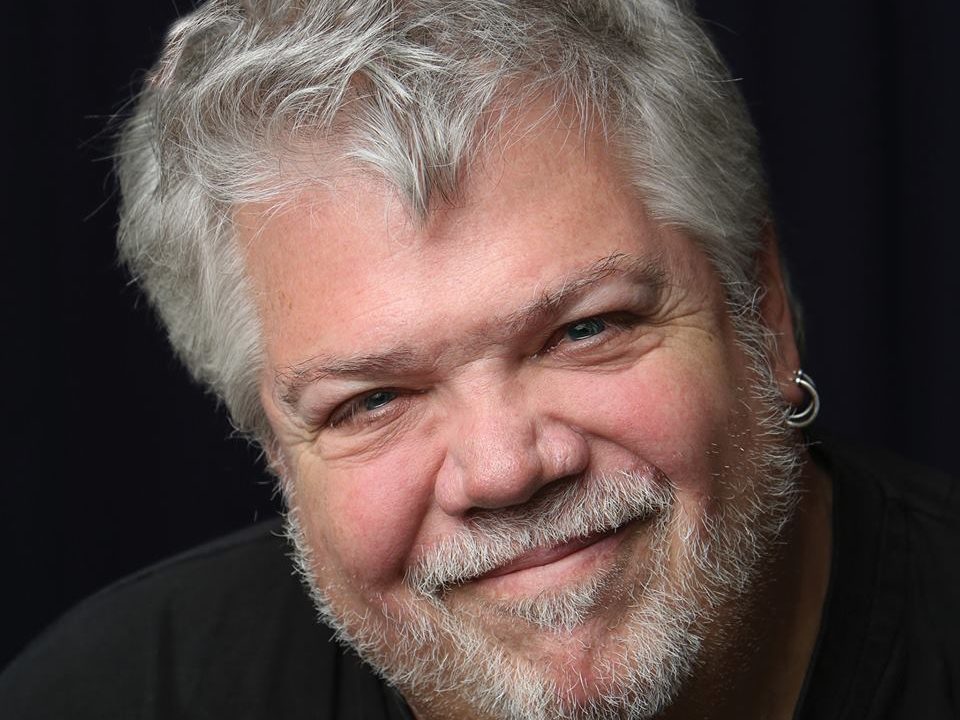 In ‘83, he moved to Los Angeles planning to continue with comedy. But instead, he found a job he loved at an architectural business.

He returned to Toronto at the start of the ‘90s When ICE – or whatever it was called back then – caught on to his illegal alien status.

There, he studied computer-assisted graphic design and designed the cover for Don Ross’ Three Hands album at the suggestion of Kelly McGowan, with whom he’d played music in a trio as a young adult and who was now married to Don.

The rest, as they say, is history.

He figured he’d designed more than 700 albums by the time I wrote my profile of him in 2019.

His cover for Bruce Cockburn’s Breakfast in New Orleans Dinner in Timbuktu hung on the wall of the Museum of Modern Art in New York City as part of a 2007 exhibit celebrating the 50th anniversary of the Helvetica typeface. 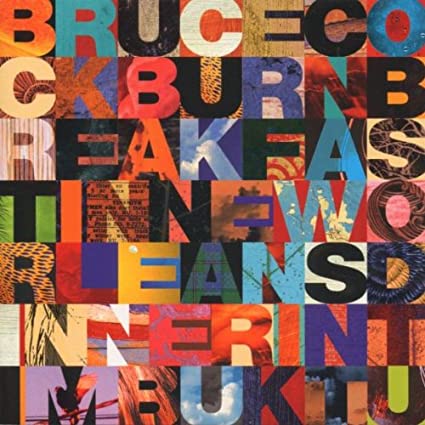 In 2019, Folk Alliance International bestowed on him its Spirit of Folk Award, given to individuals who help preserve and promote folk music through their creative work, community building and leadership.

Michael became a celebrity in the folk/roots community in his own right, MCing stages at folk festivals, promoting tribute concerts at Hugh’s Room in Toronto, hosting podcasts and streaming radio shows and, memorably, co-hosting, along with Richard Flohil, the Folk Quiz, a live game show performed at folk festivals across the country that had audiences rolling on the ground with laughter.

He was, as I wrote for this publication in 2019, a joyful, larger than life teddy bear of a man prone to volcanic eruptions of enthusiasm and the occasional deliciously bitchy rant.

“We were at Harbourfront, and I’d just finished a gig with Oscar [Lopez],” recalled long-time friend and Juno-winning singer-songwriter James Keelaghan.

“And we were back behind wherever the stage was, and there was this big sort of public bar, and we were sitting down and [having] drinks and appetizers … And Michael had gone over to the bar to get something, and then Oscar came from backstage. … and Michael bellowed from across the bar, ‘Oscar I love you, and I don’t care who knows!’ And like the whole place just kind of goes silent. And that was Oscar’s introduction to Michael.” 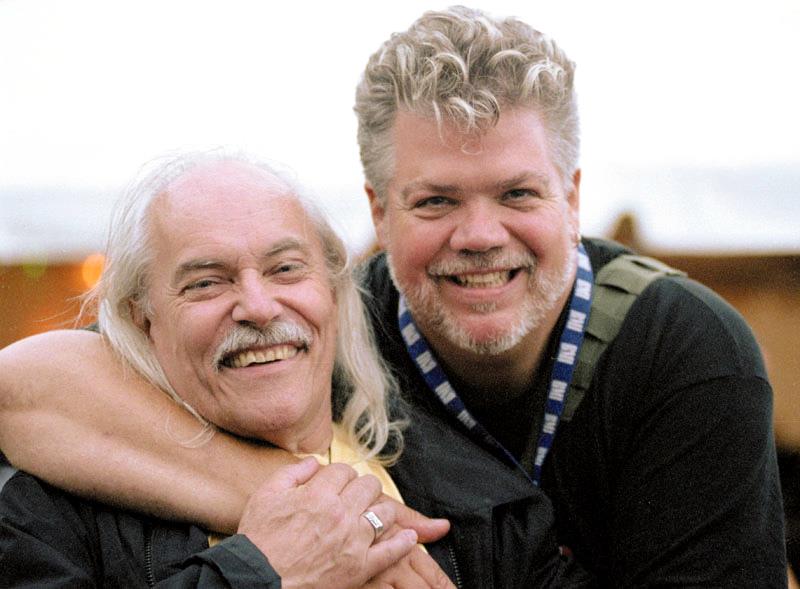 Keelo also recalled an incident at his apartment in Toronto in the 90s when he, Michael, the late Oliver Schroer and several other friends tripped on mushroom tea and started wandering around the city.

When Michael returned, he had two fistfuls of sunflowers.

“He figured the apartment needed lightening up,” Keelo said.

“My enduring impression of him will just be that he was completely, wholly, 100 per cent authentic. People talk about people who have no filters. …. He was funny. He was entertaining. He was maddening – oh my god he was fucking maddening – but also really loyal, generous. He was all those things.”

Legendary Canadian music publicist and long-time friend of Michael’s Richard Flohil remembered his friend as a social creature who spent hours at the outdoor tables at the Starbucks near his former home on Manning Avenue, jotting down ideas for new projects in a sketchbook or notepad and socializing with passers by.

So ubiquitous was Michael’s presence that he was eventually captured by the Google Street View car and immortalized, at least for a time, online.

“I just thought it was great,” Flohil said. 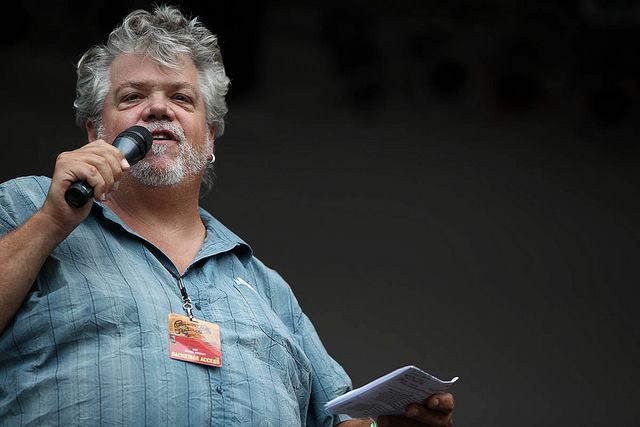 When Michael moved to an assisted living facility near Trinity Bellwoods Park after losing his legs to complications from diabetes, Richard again remembered him sitting outdoors in the sun in his wheelchair reading and talking to people.

“That’s what I’m going to miss in the summer, passing that intersection as I often do,” he said. “This is a very close friend of mine, and Michael’s not there. … I feel angry, and I feel sad, and I feel horribly mortal.”

Linda Turu remembered Michael as a beloved colleague whose reputation for outstanding work so preceded him that she’d learned of his existence during her time as a graphic design student before she’d ever met him in person.

She eventually came to work with him while managing Borealis Records and overseeing the production of numerous album packages.

She quickly realized that she and Michael shared a passion for good font design and a keen eye for spotting typos. 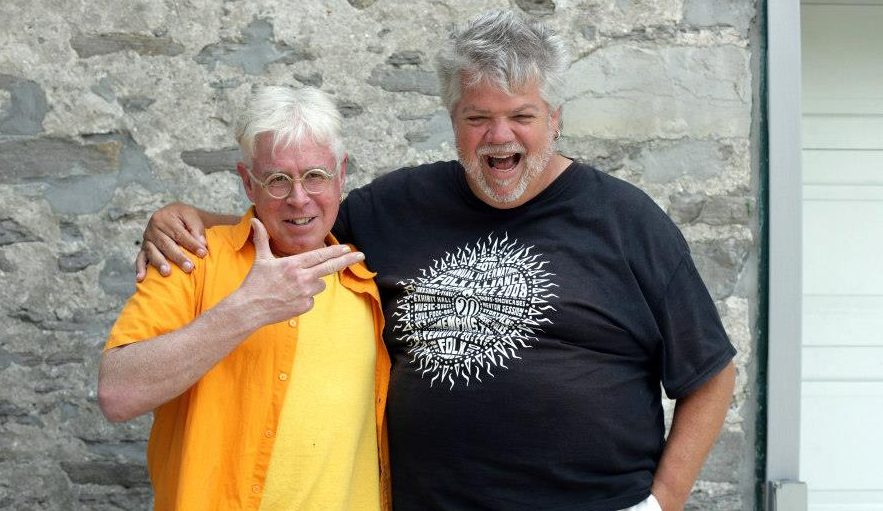 “He would never admit it, but he was just as studious as I was,” she said. “He had a laissez faire spirit, but when it came to doing his art, he was determined to achieve perfection.”

So determined, he was also renowned for missing deadlines – which led Linda to “fake him out” with pretend ones that were well ahead of the real thing, she said.

“He put so much heart into all of his good work that we’ll keep his memory alive for a long time to come.”

Please leave your memories of Michael in the comments.