alt-country rockers, Foreman and Co will get you through hard times with song ‘Sun Still Rises’ 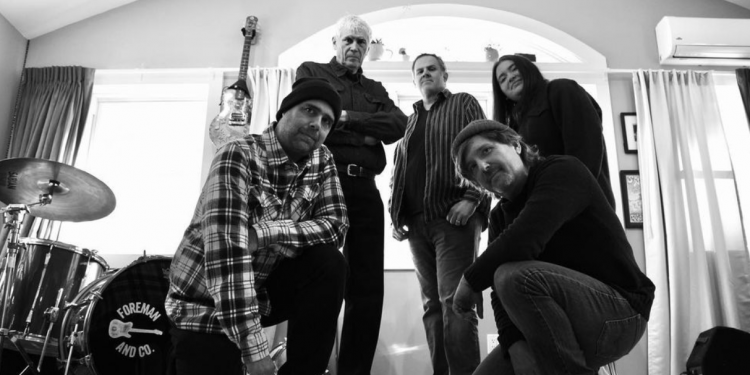 The best way of coping with change is to rock. This is demonstrated in the infectious new single “Sun Still Rises,” by Canadian alt-country band Foreman and Co.

“Sun Still Rises” is fresh from the band’s 2021 nine-track album, Waiting For A Sign. The song is toe-tapping and rocker heavy. Like many country songs, it has twangy guitars, an easy-rockin’ beat, and expressions of sorrow, all aspects that help get people through tough times. “Sun Still Rises” is a story of letting go, be it a relationship that’s failing, or a band that is collapsing,” says Foreman and Co.

The song was written when the band was going through challenges related to the COVID-19 pandemic. Foreman and Co share that COVID-19 took its toll on live shows and rehearsal options, causing the band to fire some of its members.

Throughout most of the production period, it was just founding members, Tom Foreman and Steve Larocque. Now the music is an emotionally charged record, that speaks to loss and frustration while looking ahead to better days.

“It’s both a personal and an objective take on the great dumpster fire of life that was the winter of 2021,” the band says of the album. “But it’s not all dark; it is true that it takes a little rain and a little crap to make flowers grow.”

Waiting For A Sign also includes “Hometown Saturday Night,” an AC/DC-fueled anthem that does not go quietly into the night. “Just Like You and Me” give the vibe of trying to find light on a dark day during a winter commute. “President’s Day” is an acoustic song of heartbreak, while “Down To The River” offers a resurgence of hope.

The songs relate to their hope and determination of remaining a band. Foreman and Larocque found other members to round out the roster including Brooke Fullerton, who was able to make it to some recording sessions. Brooke contributed with piano, accordion, and vocal harmonies. By spring of 2021, the band had added Dave Luker on drums and Matt Remenda on lead guitar, both of whom played in a high school band with Steve.

Foreman and Co are an alt-country rock band from Grenville Sur La Rouge, outside of Montreal, Quebec. They write like Tom Petty and Bruce Springsteen, but they sound like Skynyrd and Bon Scott-era AC/DC. If you love The Tragically Hip, Wilco, Blackberry Smoke, and Steve Earle, this band is for you.