Thieves of Dreams: Singer Lenka Lichtenberg discovers how her grandmother survived in the Theresienstadt concentration camp 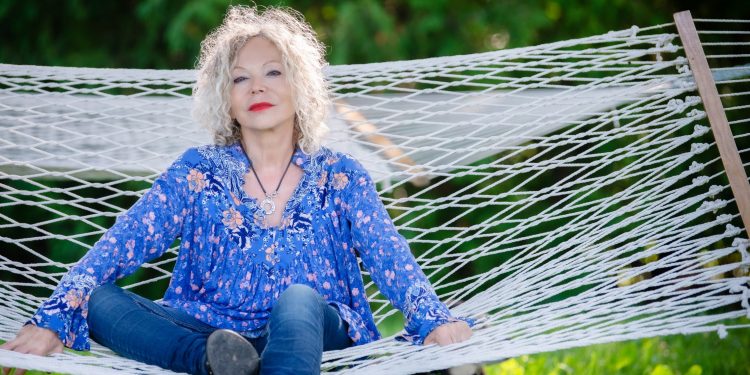 In late November of 2021, Czech-Canadian singer Lenka Lichtenberg invited me for an unusual “show and tell” on her back porch in Toronto. She brought out two small, tattered notebooks – able to fit into a back pocket. “I found these when I was cleaning out a family desk in Prague after my mother died in 2016,” Lenka told me, as she started flipping through the pages. “These are poems that my grandmother, Anna Hana Friesová wrote while imprisoned at the Theresienstadt concentration camp during the Holocaust,” she says.

Even more shocking were the details of the poems. “These were her dreams and nightmares from inside the concentration camp, the stories she never told me when I was growing up,” Lenka added. “Most of us, if we’re lucky enough, have a brief window with our grandparents. That time isn’t typically spent listening to their traumatic stories.”

Lenka Lichtenberg decided to embark on an ambitious project, to bring her grandmother’s voice back to life in the best way she knew how: as a music project, spanning eight decades and three generations. Anna Hana’s poems rarely mentioned the horrors of the camp explicitly. Perhaps this was self-censorship in case her writing was discovered.

Dr. Joanna Krongold is from the University of Toronto’s Anne Tanenbaum Centre for Jewish Studies. She is a scholar of Theresienstadt concentration camp and explains that Anna Hana’s writing, “Was a way to grasp a life that she no longer had access to after being incarcerated.”

Surprisingly, many of Anna Hana’s poems are optimistic. “Many are love poems you’d never expect to be written on the brink of death,” Lenka added, still shocked while reading her grandmother’s writing while she was imprisoned during the Holocaust. “Anna Hana describes how she built for herself a place where she could do whatever she wanted. She dreamed of this imaginary world to survive the cruelty of the real one,” she explains.

“I knew that both my mother and grandmother were imprisoned in Theresienstadt during the war,” Lenka told me. “My mother wrote a book about it in 1996, Fortress of My Youth. However, I knew nothing of my grandmother’s experience – until I discovered these notebooks.”

Lenka wasn’t the only one shocked, by her grandmother’s writing. I sat stunned seeing these poems written inside the walls of the concentration camp and was touched when she asked me to help write the liner notes to retell her family’s remarkable – and traumatic history, through this musical project.

For the album, Thieves of Dreams, Lenka set to turn her grandmother’s poems into music with a team of seven Canadian and Czech composers. The poems offer a rich musical tapestry, consisting of string sextet, beatboxing, spoken word, and jazz. There is a trio of Cappella songs, all surrounded by Lenka’s three-octave harmonies.

The songs, often through metaphor, describe Anna Hana Friesová’s intimate fantasies from inside the concentration camp as well as the breakdown of her marriage. She shares the last moments she had with her husband Richard before, he was murdered by the Nazis. 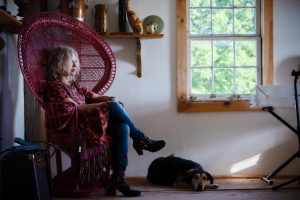 Lenka then started filling me in on her family’s history in Czechoslovakia. “My Jewish grandparents, Richard and Anna Hana, were so worried about antisemitism in the aftermath of violent pogroms in the early 20th century,” she elaborated, “that when my mother Jana Renée was born in 1927, they entered the word “none” under religion on her birth certificate. My mother only learned she was Jewish at the age of 12 when the Germans occupied Czechoslovakia in 1939, and she was banned from attending school and from most regular daily life activities,” Lenka told me. “My grandfather Richard was the first person in our family to be arrested by the Gestapo, apparently betrayed by a colleague at work for saying something derogatory about the Nazis. Six months later, he was released from prison, and returned home — as my mother described — a broken man.”

On Christmas Day of 1942, Lenka’s mother and her parents were sent to the Theresienstadt concentration camp, where they were separated, as men, women, and children were sent to different sections. “My grandfather Richard managed to get a job in the camp’s bakery,” Lenka explained. “While it meant working rigorous hours, starting at 2:30 am, he was occasionally able to steal some bread to share with his wife and daughter when they managed to see each other. My mother, just 15 at the time, was forced to do agricultural work. I don’t know what type of grueling forced labour my grandmother endured in Theresienstadt, but I imagine that the verses she wrote represent the one time each day that she had some control over her life. Maybe writing them was her way of escaping reality,” she says.

When Lenka’s grandmother was sent to Terezín in 1942, she thought her mother Františka (Lenka’s great-grandmother) would be safe, as her second husband Jan, a local judge, wasn’t Jewish. However, in 1944, an anonymous letter was sent to the Nazis, reporting that they were illegally storing food (to send to Terezín). As a result, Jan was arrested and shot, and Františka was sent to the gas chambers at Auschwitz.

‘I Wanted to Curse You, Bitter Land’

“The poem, which I turned into the song is called ‘I wanted to curse you, bitter land.’ [It] talks about cursing the homeland that betrayed Anna Hana’s family,” Lichtenberg elaborates. “The betrayals stung, as our entire family had felt so patriotic for the Czech nation, its language, and its culture,” she told me.

While most of Anna Hana’s poems never mentioned the horrors of the camp explicitly, one exception was the poem “It was a cold dusk, my love,” which appears to describe the final moment Anna Hana and Richard spent together. While there are no names mentioned in this poem, the message is clear:

“It was a cold dusk, my love / When we were saying our goodbyes / with aching hand / and dead word /             With our last tear, the final darkness fell / And God couldn’t see our faces / The end fell into our eyes like a stone onto a mirror / Only the wind wanted to know what was going on.”

Richard was sent to Auschwitz and executed in a gas chamber on October 10, 1944. This meant that Lenka’s mother and grandmother were the last living members of her immediate family. They were liberated by the Soviet Red Army on May 8, 1945. 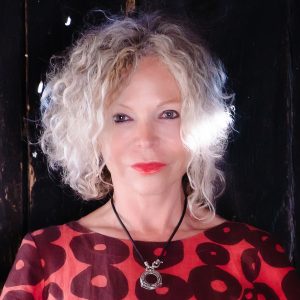 “Neither my mother nor my grandmother told me what happened to them during the war,” Lenka told me. “In fact, I only learned that I was Jewish at the age of nine when I was invited to perform at the Prague Jewish Community Centre. My mother finally told me about our heritage. She saw being Jewish as a burden, risk of becoming a victim of antisemitism. For me, embracing my family’s heritage was, at first, an act of defiance, and then a way of loving and honouring my roots through learning, creating, and sharing my Czech, Yiddish, and cantorial music. Opening that desk drawer in 2016 and finding my grandmother’s poems marked the beginning of a new journey of discovery and deeper learning. Its result, Thieves of Dreams, is dedicated to the memory of my grandmother, Theresienstadt’s secret poetess; to my beloved, philosophical, beautiful mother; and to the six million that were murdered and never got to share their stories with the world.”

Lenka Lichtenberg will premiere Thieves of Dreams on Sunday, May 8, 2022, at Toronto’s Paradise Theatre. The address is 1006 Bloor Street West. The premiere can only be described as a highly unusual and touching Mother’s Day event, where this story is told through music. It’s about how her mother and grandmother survived the Theresienstadt Concentration Camp.

Dan Rosenberg is a journalist and music producer based in Toronto, Canada. His reports can be heard on Afropop Worldwide, Toronto’s ClassicalFM and other outlets. He is also the producer of Yiddish Glory, Silent Tears: The Last Yiddish Tango, and dozens of albums in the Rough Guide to World Music CD series.