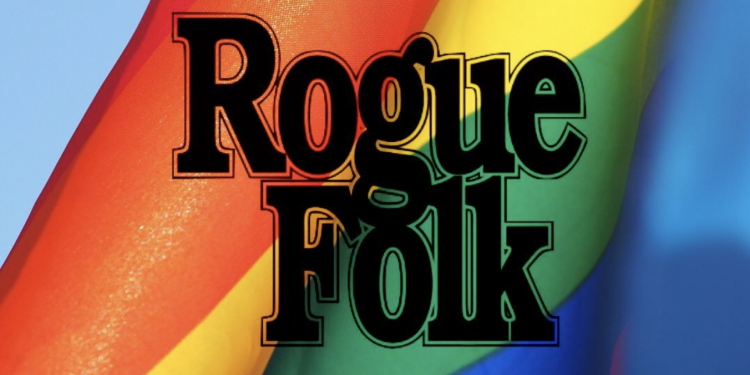 Vancouver’s Rogue Folk Club continues to be in full swing because of the loosening of COVID-19 health restrictions.

For those who are not yet ready to embrace the concert scene, the Rogue Folk Club offers live-streaming so people can watch the shows from anywhere in the world.

For more information or tickets to these shows visit roguefolk.bc.ca or call 604.736-3022.

Early Spirit and Ben Sures – May 6 at Mel Lehan Hall at St. James

Early Spirit is a sought-after band across Canada. Their diverse musical backgrounds allow for captivating and exciting performances. From the first electrifying chord, they will lead you through the musical mosaic of their own unique west coast “rockin’ folkin’ rollin’ jazzin’ Celtic swing-grass”. The band is releasing a new album called The Hollow Tree.

Jay Knutson sings the lead vocal for Early Spirit and is known for his ability to draw from rock, jazz, and roots music. As a singer-songwriter, Jay “puts the soul back into music, fun back into instruments and conviction back into lyrics,” according to the Chronicle Herald.

Ben Kelly is an earthy drummer from Vancouver. He started playing at a young age, which has helped him become known across Canada, the USA, and Europe.

Gabriel Dubreuil is a violinist, and composer. His ability to naturally blend from Celtic to jazz to classical makes him a musical chameleon. He is an established violin teacher and is a musical director for Vancouver’s North Shore Celtic Ensemble.

Aidan Goheen is a bassist and educator. He enjoys playing a wide variety of styles spanning from punk to folk to jazz. He is a school teacher and lifelong learner with a curiosity for the world and the arts.

Ben Sures is a singer-songwriter who performs at festivals, small clubs, fairs and town squares across Canada and the UK. He is well known for his work on CBC Radio’s “The Irrelevant Show.” His new album, The Story That Lived Here, is a collection of singer-songwriter classics. He is also an author. His first children’s story is based on his song “The Boy Who Walked Backwards though the Snow.”

Okan has two members Elizabeth Rodriguez, a classically-trained violinist, and Magdelys Savigne who graduated with honours in orchestral percussion. The artists are Grammy nominees for their contributions to Jane Bunnett and Maqueque, of which they are former members. They won a Juno Award for their album Espiral.

Las Estrellas de Vancouver is comprised of a diverse, talented, and dedicated group of women coming from a variety of backgrounds in classical, jazz, and world music. The group came together over its love for mariachi music. Traditionally the musical stomping ground of men, the songs reflect the male perspective. The group’s empowering a movement in the music form with all female members. In addition to playing at a range of concert and festival events, Las Estrellas has participated in the first International Women’s Mariachi Festival in Tlaxcala, Mexico.

Diyet & The Love Soldiers – May 14 at Mel Lehan Hall at St. James

Diyet & The Love Soldiers features alternative, country, folk, roots, and traditional music with catchy melodies. The songs are deeply rooted in Diyet’s Indigenous worldview and northern life. Diyet sings in both English and Southern Tutchone and plays bass guitar. She sings with her husband and collaborator, Robert van Lieshout (acoustic guitar, drums & percussion), and Juno Award winning producer Bob Hamilton (electric guitar, pedal steel and mandolin). The trio from the Yukon has a sound that is destined to captivate any audience. They have had success in Canada and Europe.

Jim Byrnes – May 20 at Mel Lehan Hall at St. James

Jim Byrnes is a singer-songwriter, actor and radio host. He grew up around blue’s music. By age 13, he was singing and playing blues guitar. His first professional gig was in 1964. Over the years, he has had the good fortune to appear with a virtual who’s who of the blues, from Muddy Waters and John Lee Hooker to Taj Mahal and Robert Cray. Jim has been on the blues highway for almost 50 years. He is one of Canada’s most beloved musical icons. He can charm audiences across the country. Listen and be taken away!

The Lonesome Town Painters – May 27 at Mel Lehan Hall at St. James

The Lonesome Town Painters are a traditional bluegrass quartet from Vancouver. They have the look, style, and sound that reveal the raw and ragged edge of the genre. Since being established seven years ago, they’ve become one of the top bluegrass acts in western Canada, entertaining at numerous festivals, concert halls, bars, and clubs.