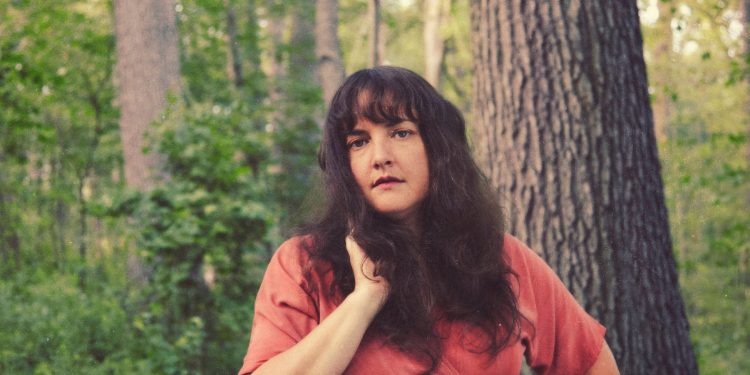 There is a sense of melodicism that leads the way on everything that Abigail Lapell does. Her songs follow a harmonic logic that reassures with its certainty, even though her lyrics may confess dark doubts and attempt to negotiate impossible yearnings. Her voice maintains a controlled quaver that visits unexpected intervals, as you may know if you have met her music over the last twelve years that she has been recording and performing in Canada and around the world. Abigail sings within a category that elicits a sense of profound vulnerability, a category that also includes the emotional territories mapped out by Melanie, Beth Orton and Valerie June.

Throughout the stories she tells, and the pictures she takes, the progressions of the notes of her guitar and piano weave a carpet of comfortable belief underfoot that protects the bare footsteps of her sometimes painful adventuring from the splinters and toxic spills that reside beneath it. “My guitar and voice will do a similar little trill,” she explains,”and even the timing’s a little weird, it sort of ebbs and flows, so by recording live off the floor without a click, with a live vocal, I feel like on this album we captured that in a nice way.”

Stolen Time, her fourth album, is just out last week and it is full of questing, and oceans, and timeless human predicaments, and wild natural landscapes. It is also full of smiles, especially on one of the leading singles, All Dressed Up. It arrives with an accompanying video, featuring domestic tv sets that have been released into the wild, filmed last month during her time in Austin, Texas while she was appearing at South by Southwest. The song is a delightful duet with an equally bemused-sounding Chis Velan, a solo acoustic guitar tango wherein she reaches an ironic détente with the conditions imposed by our recent collective isolation, a snowbound television and “dancing on the telephone line”.

Production choices were made by Lapell and her producer Howard Bilerman, and tend towards the minimal, striving for a clarity that focusses the intimacy of her compositions. However, when a choral paintbrush does swoop in for a second, as in I See Music, a metaphoric love song about experiencing one sense through the mode of another sense (synaesthesia), or when some of Christine Bougie’s unique lap steel sweetness seeps in on Old Flames, or Dani Nash’s smashing snare shots provide a rich anchor to the title track, they still don’t threaten to compromise the smooth façade of meditative silence that seems to inhabit the shadows throughout the entire record.

Preservation of sentiment is the textural imperative on I Can’t Believe, and the smoky strings and harmonica comfort the space around Abi’s voice with a hush of condolence for the lyric’s lament. The roots of all of her original compositions contain certain echoes of English folk song, frequently in dreamy ¾ ballads, but she also makes use of blues phrasing when an ironic or melancholy piquancy is required. The album’s second single, Ships, has been conveyed out into the world with a live performance video featuring her core band of drum artist extraordinaire Dani Nash and popular T.O. bass go-to Dan Fortin. It accelerates the pulse of the record with a maritime sway that finds Abi rocking her electric guitar with a little bit more aggressive attack than is customary for her. “And,” as she likes to point out, ”there IS a sax solo.”

The opening song on Stolen Time, Land Of Plenty, presents a vision that asserts itself quietly, but imposingly, as a subtext to the current global refugee crisis, if you like, and crawls in under your political duvet with its simple invitation to empathy. “It’s a song that I wrote several years ago, and I had it in the top drawer for a while, but I hadn’t really thought of it cause it’s so slow and it’s kind of a longer tune and it’s so simple; the producer said you might as well try it out.” She recalls, “The performance was very off the cuff and I tried it and I was like – I forgot the capo and it was too low – but everybody said no that was the one. Perfect. And I got an email from someone, one of the admin people at the label, who said ‘I don’t ever do this, but I think that song should really be a single because it has become such a standout track to me.’”

The third song being spotlighted, this time by an animated video, is  Pines, an anthem of adoration for nature’s serenity. Abigail has been travelling with these songs since the world recently upgraded its accessibility, and besides SXSW, she has been part of the Treefort Festival in Boise Indiana and also taken on a brief Southwestern Ontario tour opening for Donovan Woods. After hosting her long-running monthly songwriter showcase, Early Birds, at Toronto’s Tranzac club in early May, she will be off to the east coast with Nova Scotia’s Jenny Berkel, a wonderful songwriter who also has a new album out, with live appearances that will run into the early summer, including an album launch at the Dakota Tavern on June 24th.

In fact, for those who may be curious, all of the songs from the record are on hand at Abigail’s YouTube channel, and time spent with her music can only serve to refresh your own connection to the melodious.