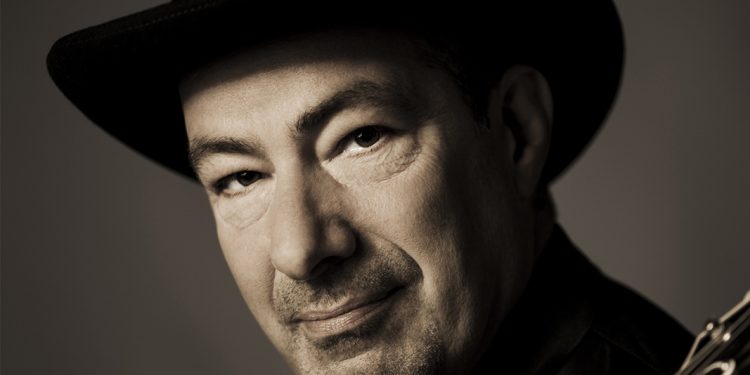 Whether we’re alone or in a crowd, listening to the radio has always felt like a one-on-one experience. It seems like the DJ is talking directly to us. It’s where many of us have formed unique, personal connections with the songs we’ve heard as if they’re our own personal playlist. As a broadcaster himself, Danny Marks knows the power of radio very well. And as a lifelong musician and singer-songwriter, he’s celebrating radio’s enduring influence with his new single, “Man on the Radio.”

“Radio has come up big to reach people at home and heart in trying times, an intimate connection that reaches around the globe,” said Danny. “‘’Man On The Radio’ comes from this place.”

Soulful, smooth, country-tinged blues with a heartfelt, nostalgic tone, “Man on the Radio” is Danny Marks’ story about his love and reverence for a music medium that has been a cherished part of his life from childhood to today. The single advances a new album by Danny called Lifeline, due out this summer.

For over 100 years, radio has been our good company through trying times and good times alike. For Danny, the Toronto-born and raised music maker and connoisseur, radio is an inter-generational phenomenon; radio is truly in his blood.

“Radio reached my dad in the 1920s from the Cotton Club, Grand Ole Opry, and beyond,” he recalled. “Dad would get a crystal set in the 1920s and listen to the Cotton Club with Cab Calloway. He passed along that love to us, with a shortwave radio and the art of radio.”

As a kid, Danny would fantasize about hosting his own radio show when he wasn’t obsessing over his love of the guitar.

“When I was 12 years old, I was part of a radio play at the national broadcaster, CBC,” he remembered. “They had crinkled up stuff to make it sound like a fire, coconut shells for the horses’ hooves, A little funny door on a platform to open and close. We gathered around the mic, and the performers had their arms around each other’s shoulders. I’d been to drama school, but radio – it seemed so intimate. Being on that side of the mic – I always wanted to.”

The guitar Danny got when he was 11 and the lessons he took afterward were his first steps toward musical success in Canada and the U.S. as a founding member of late ‘60s / early ‘70s pop-rock band Edward Bear, signed to Capitol Records. However, his love for “being on that side of the mic” also led to success on the airwaves in a different way. He became ‘the man on the radio.’

In 1987, Danny was discovered by CBC radio producer David Malahoff and was put on to a show called Basic Black with Arthur Black and Shelagh Rogers. That was Danny’s learning ground throughout the ‘90s before being offered his own show on Toronto’s CJRT FM, which became JAZZFM91. For over 20 years, Danny has hosted the BLUZ.FM show, a Saturday night oasis of “all the colours of the blues,” including one hour of “Beyond the Fringe” global music.

For Danny, hosting a radio show is quite parallel with playing a live performance.

“The idea that you can tell a story through a succession of songs on the radio is not unlike how I would work a set at my performances,” he explained. “It’s so beautiful to hear one song dovetail into another and the mood shift. What you look for in joining music to tell a story.”

And in this age of digital streaming and playlisting, radio’s story is still a never-ending one for Danny and many others. “In the 21st Century, radio’s days are far from gone.”