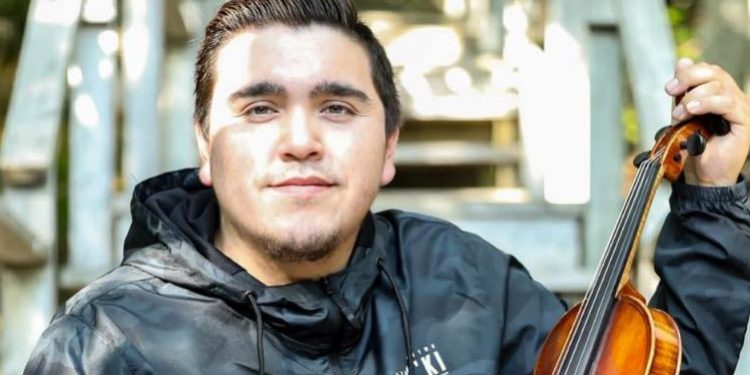 In just a short time, fiddler and singer Morgan has invigorated both the Mi’kmaq and Atlantic music communities, bringing together fiery Cape Breton Island fiddling and the traditional songs of his ancestors, some of which date back up to 500 years.

“There are two worlds of Mi’kmaq music,” he explained, “song and fiddle, but they had never come together before.”

With this new fusion, which he calls Mi’kmaltic (Mi’kmaq + Celtic), Morgan is celebrating both his language and heritage. The album features performances by Ashley MacIsaac, Mary Beth Carty, and Bradley Murphy.

The newest addition to the Ishkodé Records family, Morgan is poised for a big year.

With all those accolades, it’s easy to forget that Morgan is brand new to the music scene, having only played the fiddle for a few years. But there’s something deeper at work here. His great-grandfather and three other great-uncles were all Mi’kmaq fiddlers of renown in the community. In a sense, he’s coming back full circle.

And circles are something he understands.