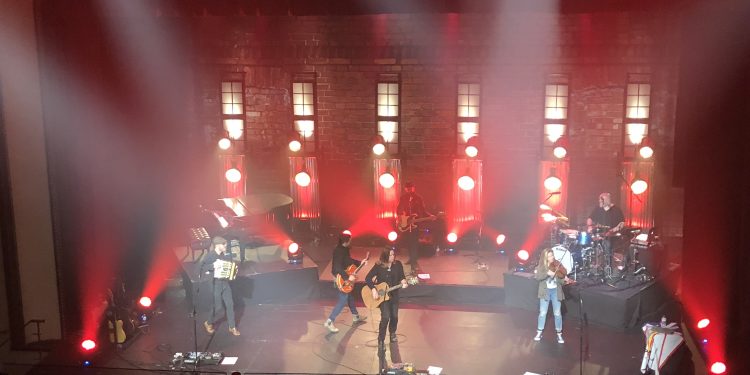 It’s difficult to imagine that anyone reading this wouldn’t know who Alan is, but to cover all the bases, he is a songwriter, producer, actor and author. He’s a 12-time Juno Award nominee for his solo material and with Great Big Sea. In 2018, he was awarded the Order of Canada for his contributions to the musical traditions of Newfoundland and Labrador, and for his commitment to numerous charitable initiatives.

I can’t help thinking what a great idea it is to release a live album now as we are all getting ready, with some luck, to begin attending live shows again. The energy and connection to the audience heard on this album reminds us what we’ve missed and what we can look forward to. There are few better at mixing it up with a live audience than Alan Doyle.

Though it can be best to avoid labels, Alan’s music career has been associated with what is called folk-rock or Celtic-rock. And he has always made sure to include some fine examples of the music of his native Newfoundland and Labrador, whether in live shows or on recordings. All of that is included among the eighteen cuts on this release.

You’re going to hear some fine fiddle and accordion work in the spirit of traditional music, as well as searing guitar solos more on the rock side of things. There are rollicking sing-alongs as well as heart-felt ballads, including a particularly tender one for his parents. And lots of familiar tunes.

More than anything, as I sit down listening to this wonderful live album, I think about what it means to have a grand time listening to music, how much Alan Doyle, and Great Big Sea have contributed to music in Canada, and how much they have promoted a hybrid-style of music, part of a living tradition, that belongs to all of Canada by now, but is distinctly associated with Newfoundland and Labrador.

For the past 25 years, I’ve been back and forth to Newfoundland and Labrador. I’m not from there, but my wife was born in Old Perlican. In good times, at least an annual trip was in order to either attend the folk festival in Bannerman Park or spend some time on George Street.

When Alan starts singing, it all comes back. Though I’m a come-from-away, it makes me want to get back as soon as possible. This album by someone who so clearly loves the music reminds us why we love it too, and love the experience of hearing and seeing it performed live.

How the pandemic put Steve Dawson on ...