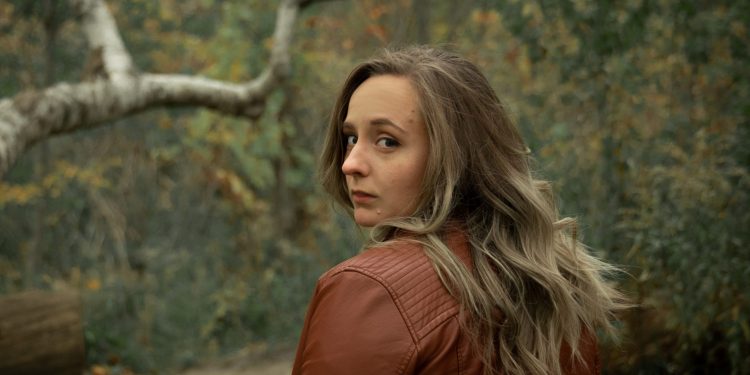 “I wrote this song in the middle of the night, listening to my partner breathing as he slept beside me and feeling entirely alone somehow.” Alanna explained, “I caught myself thinking about our friends who had recently broken up out of the blue, and how it feels so strange to be together and then suddenly completely alone. The chorus came to me really quickly, but the verses took a while to come together to tell the full story.”

Following up the success of her 2019 EP, This Past Year, which found success with music placement in CBC’s “How To Buy A Baby” and the video game “Watch Dogs 2” and received over 100,000 Spotify streams, Alanna began streaming her music on Twitch, growing her channel to over. With the encouragement of her Twitch community, she decided to re-imagine some of her previously recorded songs, including “End Up Alone,” self-producing and mixing the track over lockdown: “The track is recorded in my home studio, and is much more experimental than the previous iteration. I think it adds more of the melancholy and frustrations at things changing in ways you didn’t expect, and realizing that you really can only rely on yourself at the end of the day.”

The track will be included on her debut full-length, Thoughts//Feelings, to be released on vinyl later this year.

Said Alanna, “This album ended up turning into something so much more personal and important than I could have imagined, and I’m so proud of each of these tracks and look forward to the life that they’ll have with a full release. Featuring musicians that I met via live streaming, and recorded on gear mostly funded by my fans and community, not to mention mixing and producing it myself during a global pandemic, is a wild recipe for making an album. This is the best representation of me as an artist to date, and I’m really proud of the work that’s gone into it.”

Thoughts//Feelings is set for release in 2022, and can be pre-ordered on vinyl here: https://alannamatty.bandcamp.com/album/thoughts-feelings

How Just a Season pursued the perfect ...