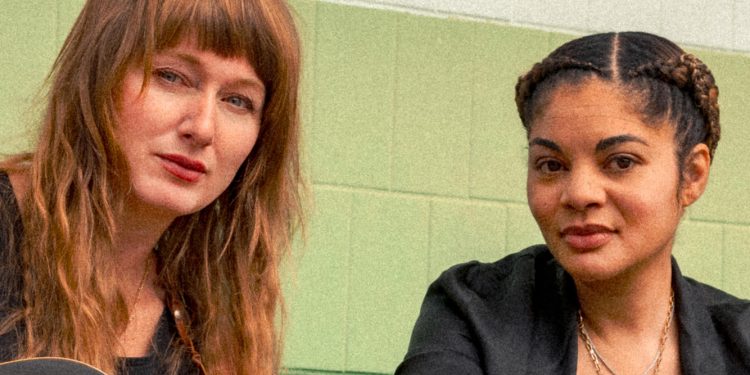 The Blue And Gold is a musical collaboration between Juno-nominated WCMA winner Year’ Ndidi O and folk-roots guitarist and banjo player Trish Klein (The Be Good Tanyas, Frazey Ford, Po’ Girl), which celebrates the musical artistry and legacy of pioneering female blues musicians.

“Honey In The Rock” is the first single from the Blue And Gold’s self-titled debut album, which is set for release on April 29.

TheBlueAndGold · Honey In The Rock – by Blind Mamie Forehand

The album is a musical homage to the profound influence of black female artists on 20th century country and blues traditions and indeed on the evolution of all modern music. The album contains 11 songs recorded with authenticity, soulfulness and grit, including reinterpretations of the works of pioneering female artists Memphis Minnie, Lottie Kimbrough, Mamie Forehand, Jessie Mae Hemphill, Sister Rosetta Tharpe and others, as well as one song by the legendary Indigenous songwriter Buffy Sainte-Marie.

The Blue and Gold’s “Honey In The Rock” is a reinterpretation of Blind Mamie Forehand’s delicate pro-gospel masterpiece.

Mamie Forehand (AKA Blind Mamie Forehand) was born blind in 1895, Alabama,” said Trish. “She is one of the earliest known professional female country blues and gospel singers. Accompanied by her husband, guitarist A.C. Cardinel (who was also blind), Mamie Forehand was an active singer of spirituals on the streets of Memphis in the 1920s performing a genre now referred to as street corner or storefront gospel. We are thrilled to be releasing our homage to her classic 1927 recording.”

Ndidi and Trish met in Paris, while both going through turbulent times of their lives. In Parisian street cafes, alleyway bars and traditional hammams, their friendship was fused, and the idea of a collaboration first began. Then, during the pandemic winter of 2020, now back in Vancouver, BC, they began a remote recording/research project exploring the lives and music of under-recognized female blues artists. This inspiring musical journey led to the creation of their debut album.

“Honey In The Rock” will be out on March 4 on Spotify, Apple Music/iTunes, and other digital retailers and streaming services worldwide.