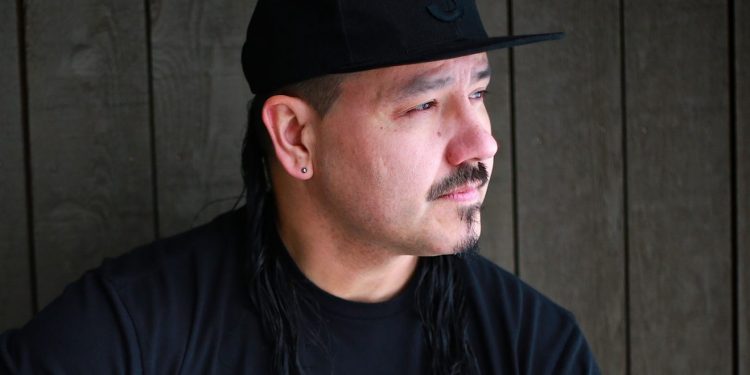 Growing up with a father who sang the blues and a mother who loved classic soul and country, it seemed as if JC Campbell was predestined for a life making music. With three albums now under his belt, the Winnipeg-born JC is hitting his stride with his new release, Lately, a seven-song collection out March 4 that brings together all of his influences, while offering powerful messages of hope in dark times.

As an Indigenous artist, JC has a unique perspective on the world, expressed through a soulful voice that would have been right at home in Memphis or Muscle Shoals in the 1960s. That definitely comes across on Lately’s first single, the heart-swelling “Walk In Love,” which we’re proud to premiere today, as well as the irresistible “Sweet Soul Love,” and the gospel-infused title track, on which JC digs down deep to reveal his pure intentions.

“I feel my writing evolves as I go along, and that really helps me stay hopeful because I know the best I have to offer is just out of reach but still attainable,” JC said. “‘Lately’ was written during the pandemic when there was so much frustration and fear going on. I tend to write in order to make sense of those feelings, and creating that song helped me come to terms with the reality that we just need to wait it out. I hope that’s the message listeners get as well.”

Lately is JC’s second collaboration with producer Marc Merilainen (aka Nadjiwan), whose old-school recording approach and love of vintage gear is the foundation of the record’s warm sound. It’s the ideal backdrop for JC to bare his soul on some of the darker themes reflected in the songs “Meth” and “The Racist.” On the former, JC sings from the perspective of an addict who’s run out of options.

“I have close family members who have been in that position,” he said. “It’s so sad knowing that someone you love is slowly killing themselves, and you can’t help them. I sang that song to my boy when he was four years old, and by the end, he was very emotional. I asked if he liked it, and I wanted to record his response. He said ‘aye’ like a little pirate, and I still listen to that recording probably once a week.”

On the equally unambiguous “The Racist,” JC speaks on behalf of his people, but from the sympathetic viewpoint that racism is taught at home from an early age. Although the music is bleak, the song still contains an inherent optimism that society has the capacity to slowly evolve. Incorporating positive energy into often-painful subject matter is something JC has always strived to achieve, and it follows the path laid down by many of his musical heroes.

“Of all artists who have had an impact on me, Paul McCartney comes to mind right away,” JC said. “His writing and the way he’s carried himself throughout his massive career is how I want to be when I grow up, although I imagine I’ll be old before I really do grow up!”

JC described his own musical journey as a slow evolution. He began writing songs as a teenager on a guitar with a bowed neck given to him by his mother, which eventually led him to work with Winnipeg producer/guitarist Murray Pulver (Crash Test Dummies, Doc Walker). Songs they recorded together soon made lasting impressions on the National Indigenous Music countdown and were added to regular rotation on Sirius XM.

Now with Lately, JC Campbell is poised to transcend any specific labels that may have previously been attached to his music and stake his rightful claim within the worlds of Americana and roots rock. For more details, go to thatjcguy.com.