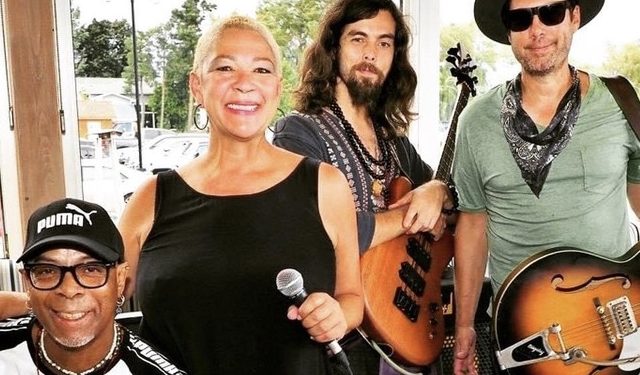 There’s still a misconception that the only authentic soul music came from Detroit, Memphis and Muscle Shoals. But since that heyday in the 1960s, it’s been proven repeatedly that soul music can be made anywhere and at any time, so long as the artist is able to lay themselves bare and tell their story.

Marcia Alderson lives in Collingwood, ON north of Toronto in a region commonly known as a popular weekend getaway destination for the privileged. She’s made a nice life for herself there as a real estate agent, while singing on the side in a band specializing in Motown and Bob Marley covers, the latter a nod to her Jamaican heritage.

But like so many others, Marcia was shaken to her core after seeing what unfolded during the summer of 2020 in the wake of George Floyd’s murder. It brought out suppressed memories of the racism her mother faced while trying to make a new life in Canada after emigrating from Jamaica in the 1950s. Her struggle eventually led her to the man she would marry – a white man – who put his entire livelihood in jeopardy in order to help her get the house she wanted.

For Marcia, her parents’ story is proof that racism can be overcome when people simply stand up to it. She saw that spirit in action again in 2020 when, even in Collingwood, 2,000 of its citizens peacefully marched on multiple occasions in support of #BlackLivesMatter. Being part of that protest inspired Marcia to re-evaluate her musical pursuits and channel that energy into writing original songs for the first time.

It’s prompted the creation of a new persona, Queen M, and a debut single, “Colour Of Her Skin,” a tribute to her mother. Produced by Marcia’s main collaborator, Collingwood scene fixture Craig Smith (also of the band Ontarians), the song is a neo-soul banger incorporating dashes of Caribbean flavour and powered by lines such as, “Freedom has its conditions in the land of the northern lights.”

We are proud to exclusively premiere the video for “Colour Of Her Skin.”

Marcia explained, “When the murder of George Floyd was dominating the airwaves, the story of how my parents met came back to me during a conversation with my teenage son. I hadn’t thought about it in decades. From there I wrote a Facebook post telling their story, and I found myself on a megaphone recounting it once again at a BLM rally.

“When Craig suggested that we write an original song together, he told me to write about what I knew. I went to bed that night and woke up at 2 a.m. with the line, ‘Privilege and palm trees and the land of ice and snow’ floating around in my head. Within a half-hour I had a full page of lyrics. It was surreal actually; the words flowed right through me. Craig and I got together a few days later and we sculpted those words into what is now ‘Colour Of Her Skin.’ Craig put some fabulous music to it, and here we are.”

Marcia hopes that by releasing “Colour Of Her Skin” to coincide with Black History Month 2022, she will be able to do more to motivate people to confront racism in all its forms. However, this is just the beginning for Queen M, now a full-fledged band featuring, along with Smith on guitar, veteran drummer Bambalamb Kidd and bassist Kyle Dreany. More new songs are currently in the works, with the band aiming to release an EP later in 2022.

“Colour Of Her Skin” has opened up an entirely new world for Marcia, but not an unprecedented one in terms of legendary musical late bloomers like Sharon Jones and Charles Bradley. Like them, Queen M is out to demonstrate that the power of Soul can never be extinguished.

“The pandemic gave me the gift of time for learning to tell my story through songwriting,” Marcia said. “The message that I want to put out right now is do the right thing even when it’s hard, and even if it doesn’t directly affect you. My father did the right thing. He lost his job in the process but gained a family. My mother had finally had enough and decided to fight for what was right and just. She refused to be judged by the colour of her skin.” 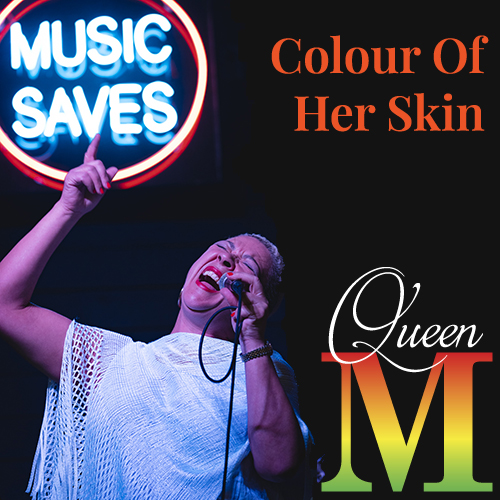 Queen M’s “Colour Of Her Skin” is available now on all digital platforms, Bandcamp, and at QueenM.ca.

How director Andrew Shaver was recruited into ...