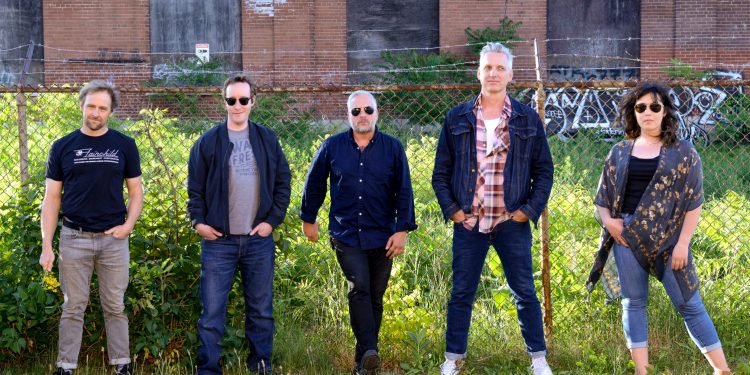 There comes a time in one’s life when it is necessary to reach a little deeper, sometimes to find a purpose, to find one’s voice, to perhaps find courage, or to rekindle a passion.  At this moment, there are friends and colleagues who are dealing with real health emergencies and the fundamental fight to survive. There are some who have been caring for sick and at-risk parents and grandparents.

These struggles were not at all lost on me and the rest of my band, So Dirty the Flamingos, when we squirrelled away late-night hours and endeavoured to record this last record.  2020 – 2021 has been marked by anger, pain and stress but also a resolve to survive and carry on.  Not long ago, my wayward internet ramblings discovered an image of what I was to learn was the bloodroot flower.  A simple yet beautiful species with roots that produce a blood-red dye historically used by Indigenous people to decorate pottery and their faces.  I of course love the imagery here – a beautiful flower that reaches deep into the earth and spews fake blood. That captures our times perfectly! After all, the band’s name, So Dirty the Flamingos, was inspired by an elegant bird that eats dirt.  And thus the title of our forthcoming EP, The Bloodroot Sessions, was born.

The songs we’ve been cobbling together this last year had not yet been given their full life until most recently. They were played at shows here and there and in rehearsals. And then as the COVID times emerged, they should have been killed altogether, as it has crippled and ended so many good things.  Somehow we pushed on in our silos, and these songs survived by sheer will alone. I had a small studio built in my basement. I pushed aside the kids’ toys and doll houses and organized some storage – and voila, 170 square feet of semi acoustically isolated space for me to do my thing.

This new space, called Bloodroot Studio, is where I recorded all the guitars and lead vocals on this record while the rest of the band contributed their respective tracks in isolation. The rhythm section was recorded off and on at the steadfast Sodipop Studio.  This was not fun. It was actually more akin to a fight. However, the frustration of recording vocals by myself, (with the ubiquitous summer construction season on my street), coincided with the pandemic and its annoying effects on government and society. And then you add their annoying and idiotic responses to it and, well, it fueled the whole project with a very necessary, and possibly, life-saving ingredient: pure rage. The first single, “I’ll Take You On,” is this rage incarnate. On its surface, it’s a challenge to fight. But a deeper reading proves it to be an angsty love song, with lyrics like “If you’re falling to pieces, just another reason, that I’ll carry yours and you carry mine. If you feel it, you’ll know I mean it, I’ll take you on by myself.”

This is a record that came to be in all its juxtapositions – the light, the dark, the creation and the destruction. Like the beautiful flower that sits in its blood-soaked earth, The Bloodroot Sessions fought, bit and raged to live.  Just like we’ve all been doing.