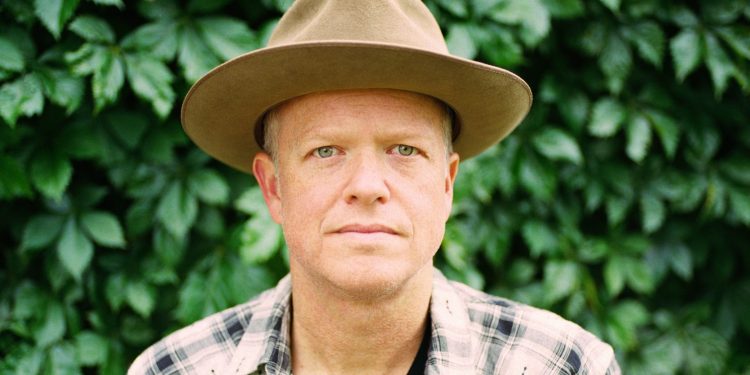 Steve Dawson has always been hard to pin down. A guitarist, a composer, a sought-after musical enabler, and sideman? Of course, he’s all of those things and more, but none of those descriptions really do the seven-time Juno Award-winning musician justice.

Since moving to Nashville in 2013, it’s been full tilt for the Vancouver native.  When not producing albums for a slew of roots artists, touring and recording under his own name, or putting together his acclaimed Music Makers and Soul Shakers podcast (now clocking in at well over 100 episodes), Steve was usually out on the road supporting friends such as the Maritime powerhouse Matt Andersen, or Birds of Chicago, with whom he played over 250 shows in the past couple of years pre-pandemic.

In 2019, and into early 2020, Steve was as busy as he’d ever been in his life. So, when the pandemic hit, like everybody else, he had to re-assess and figure out what to do to stay afloat. It’s an old story by now, but the reality is that the same quarantine that closed so many doors in our daily lives, created the opportunity for Steve to work on a large volume of music that would never have seen the light of day otherwise. While perfecting his remote recording techniques producing and playing on tracks for many other artists, this flurry of activity resulted in enough solo material for three distinct albums, the first of which, Gone, Long Gone, reflects Steve’s mastery of song-craft. 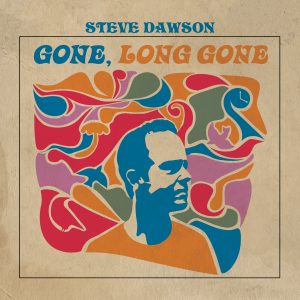 Gone, Long Gone is Steve’s first collection of songs since Solid States and Loose Ends came out in 2016 and features nine original cuts (mostly co-written with Alberta songwriter Matt Patershuk) and a soulful cover of The Faces’ “Ooh La La.”

These new originals represent the first time Steve has collaborated on songs with another artist, conceding that co-writing was a process that he previously found uncomfortable.  But, once Matt started firing off ideas to Steve, the ball got rolling, ideas flowed back and forth, and once the dust had settled, they’d come up with a batch of new songs.  The finished product proves that, as much as anything else, Steve Dawson is a singer-songwriter of the highest calibre and that Gone, Long Gone is the most realized album to be released under his own name to date.

As a sideman, Steve mastered the art of playing in the background a long time ago, so it’s really a treat to hear him front and centre in these new songs.  His subtle vocals on tracks like the title cut, “Gone Long Gone” – buoyed by gentle guitar, pedal steel, and a virtual string quartet featuring Nashville’s Ben Plotnick and Kaitlyn Raitz – show just how under-appreciated a singer Steve is. Steve is always striving for captivating and unusual guitar tones and his array of small and unusual vintage amps highlights a tonal pallet that is uniquely his own.

Like all of Steve’s albums, Gone, Long Gone features brilliant instrumental performances from some of the finest players in roots music.  Jeremy Holmes holds everything together on bass with drumming split between Gary Craig and Jay Bellerose (both drummers play together on “Six Skeletons”), while Kevin McKendree and Chris Gestrin lay down the piano, organ, and other keyboards. Keri Latimer joins in on vocals on two songs, and Steve’s old Birds of Chicago band-mate, Allison Russell joined in to sing on a few, as did Steve’s daughter Casey Dawson. John Prine alumnus Fats Kaplin dropped in to add some sweet fiddle to “King Benny Had His Shit Together,” a nod to the wildlife of Hawaiian street performer King Bennie Nawahi. And the swooping horns on “Dimes” from Malcolm Aiken, Jerry Cook and Dominic Conway provide one of the album’s many highlights.

It wouldn’t be a Steve Dawson album without at least one instrumental track. “Kulaniapia Waltz,” a beautiful textured, lilting Hawaiian string tune provides a reflective counterpoint to the other songs.

Sometimes things happen for a reason.  As much as everyone has suffered through the past year, the beautiful music featured on Gone, Long Gone shows us that there is a bright side to our enforced isolation.  But, it is not simply a record of the pandemic.  These are songs with a life of their own that will resonate long after the memories of our current situation have faded.

Gone, Long Gone is just the first of three new albums that Steve created during the lockdown.  The next two will come to light over three-month intervals throughout 2022.  Be on the lookout for the moody, psychedelic pedal steel excursion Phantom Threshold coming up next!